Home Politics Election 2016 It Must Be Campaign Season Again 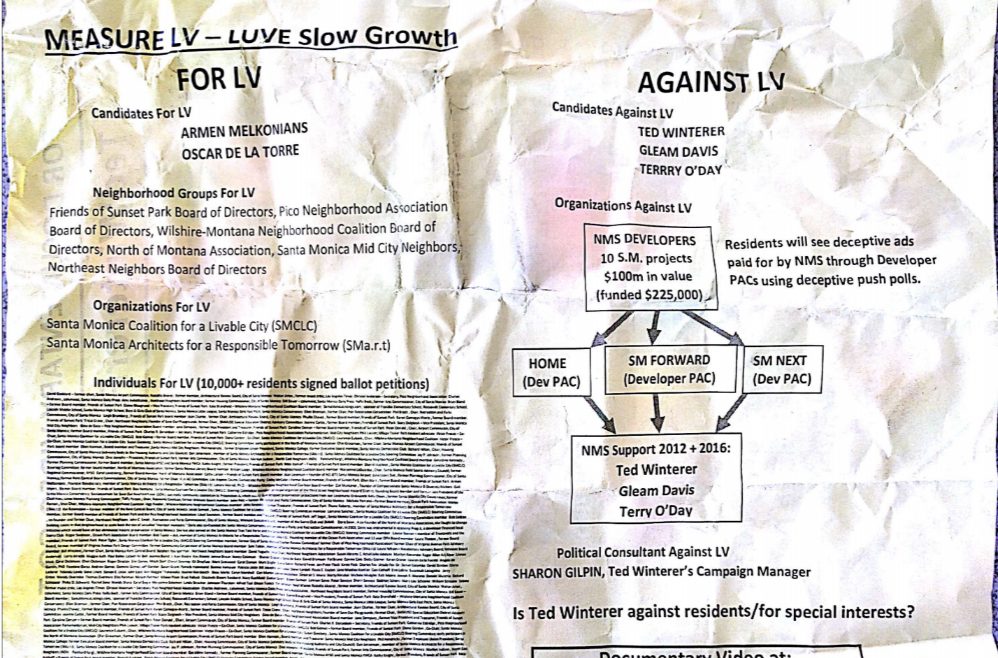 In 2014 I learned how rough and tumble politics can be in Santa Monica. Under Jason Islas’ leadership, we ran a successful Vote Local campaign and brought important and daily coverage to Santa Monica during a crucial election.

However, we were subject to a number of bizarre conspiracy theories about our motives with one candidate for City Council digging through our financial documents and older stories to try and find a smoking gun proving a connection between our publication and some nefarious force.

Recently a flyer full of misinformation has been circulated in Santa Monica which included several misleading insinuations about Santa Monica Next. It would be exhausting to try and rebuke every conspiracy theory about our efforts, but I feel that we should do at least one debunking per election year.

So let’s go through the mis-statements on this flyer:

Santa Monica Next is funded by NMS Properties – UNTRUE –

Santa Monica Next nor the Southern California Streets Initiative has ever received a check from NMS Properties. To the best of my knowledge, we have never received a contribution from an NMS employee, but I don’t know the employment history of all of our donors. That being said, I do know the history of everyone who has given more than $1,000 and none of them are NMS employees.

We have contributions from other developers, but none of them have contributed as much as $5,000 in a fiscal year. In truth, real estate isn’t even one of our top contribution categories: lawyers (who’s ads appear on our sidebar) and small donations both raise us more funds than real estate interests.

Santa Monica Next is a PAC – UNTRUE –

Santa Monica Next is one of five publications published by the non-profit Southern California Streets Initiative. As such…

…we cannot and have not endorsed anyone for City Council this year or in any past (or future) year.

Any other conspiracy theories that you want us to debunk? Feel free to leave them in the comments section.