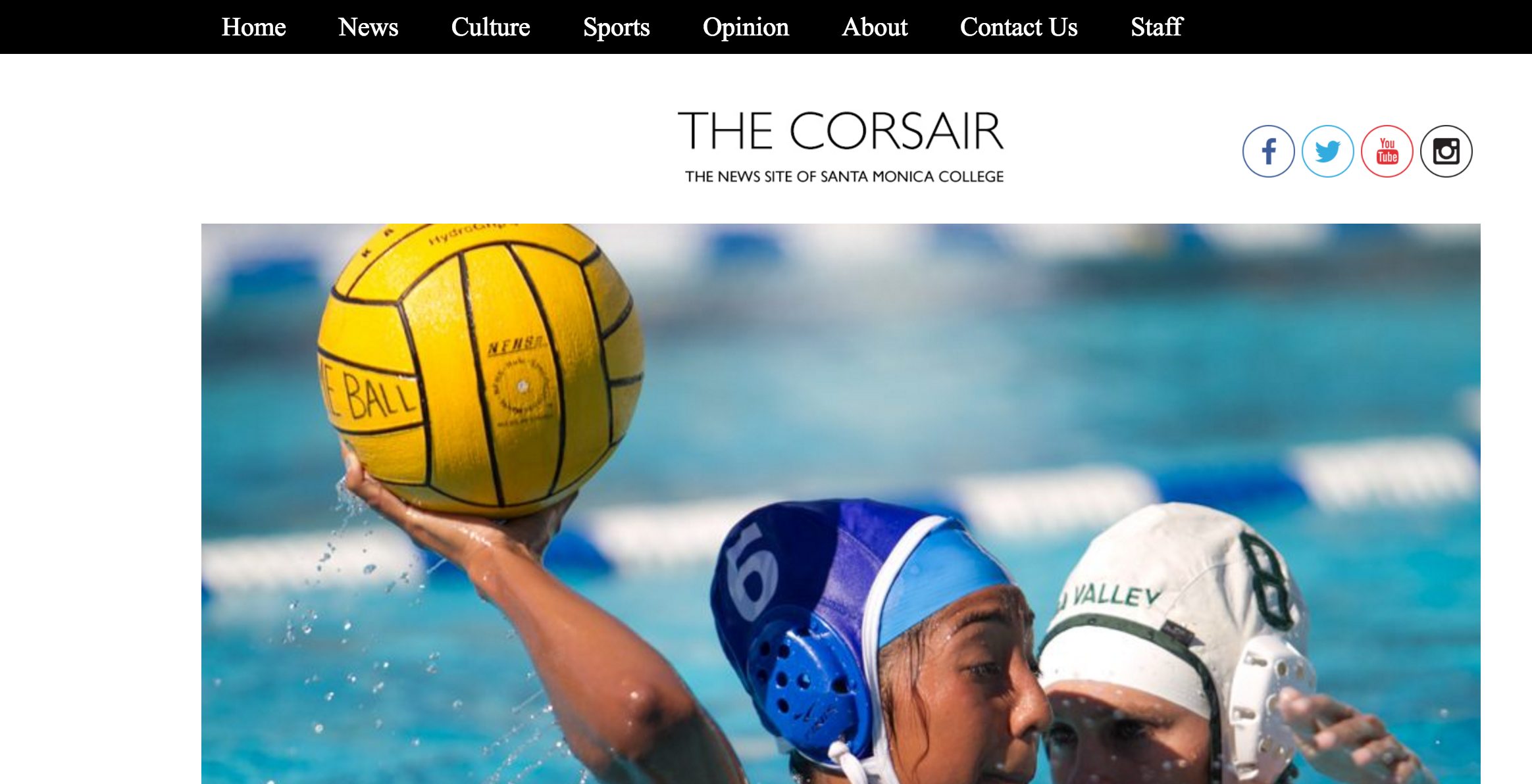 The Santa Monica College (SMC) student newspaper The Corsair is a finalist in 10 individual and organizational national journalism awards, including Best College Media Outlet of the Year and Best College Website of the Year. The finalists for the prestigious Pinnacle Awards—selected out of hundreds of entries from two- and four-year journalism programs in the U.S.—were announced by the College Media Association. All finalists placed in the top three spots of each category.

In addition to the two organizational Pinnacles earned by the Corsair, recognition was earned byCorsair students—including current Corsair Editor-in-Chief Jacob Hirsohn—for their individual work. He is a finalist in both the Best Column and Best Arts and Entertainment Story categories.

A video produced in the spring by Corsair web editors September Bottoms and Christian Monterrosa of a Donald Trump rally in Costa Mesa that turned violent earned them recognition for Best Viral Video in two categories: in the Online and Broadcast categories. The video—hosted on the Corsair’s YouTube channel—currently has close to 200,000 views, making it the most widely watched video ever produced by the Corsair.

Bottoms and Monterrosa are also finalists for Best Breaking News Coverage for their detailed online post about arrests made during another Trump rally, this one in San Diego. A photo taken at the same rally by former Corsair photo editor Jose Lopez earned him a finalist award in the Breaking News Photo category.

Final Pinnacle award placements will be announced at the CMA National College Media Convention in Atlanta on Oct. 29.

The Corsair print version and online news site are produced by SMC students from two journalism classes that are advised by Saul Rubin and Gerard Burkhart.

A full list of Pinnacle Finalist Awards for the Corsair follows:

For more information on the SMC Corsair, contact Saul Rubin at 310-434-3537 orrubin_saul@smc.edu. The Corsair is online at www.thecorsaironline.com.