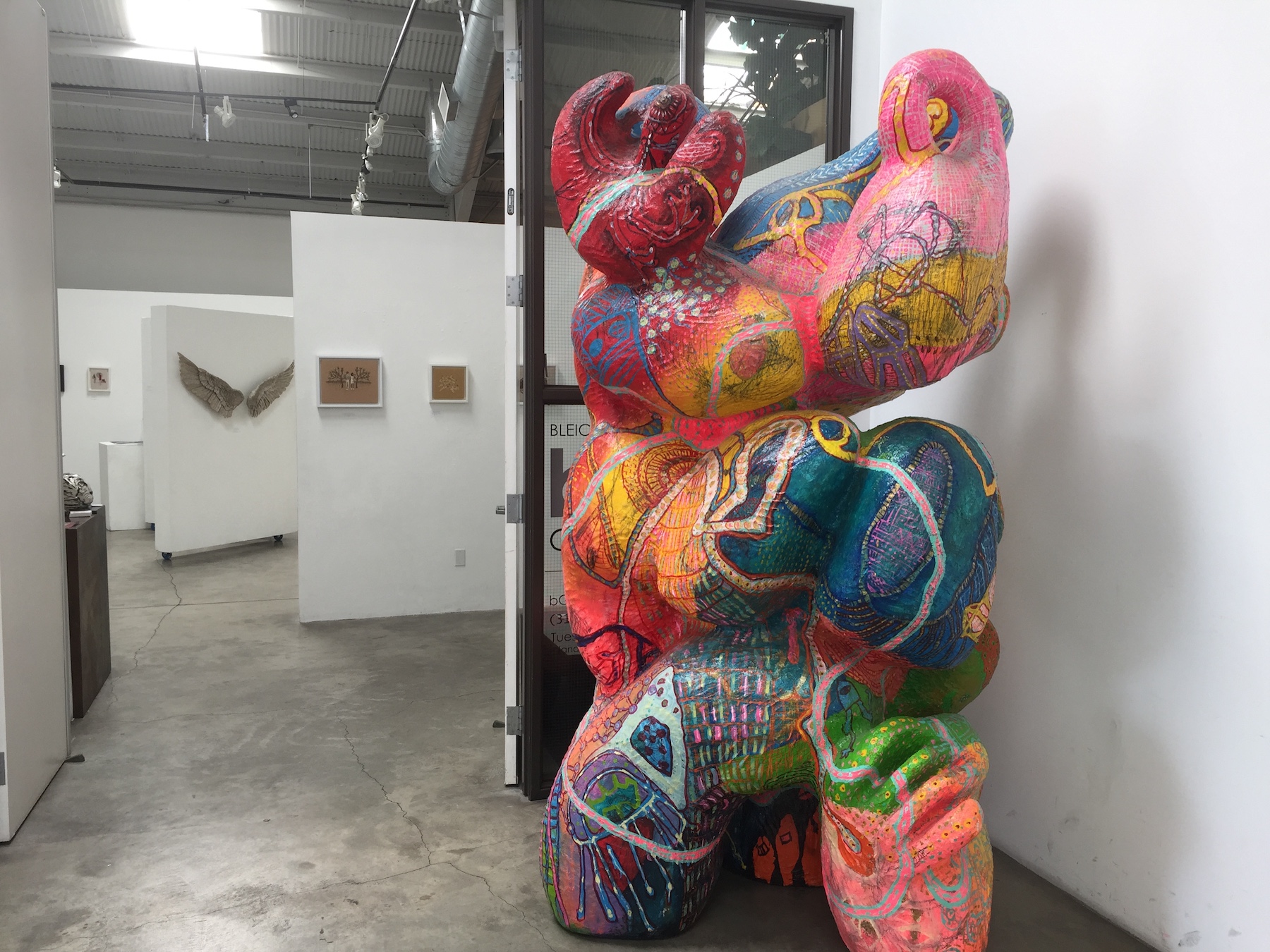 After the last Red Car trolley rattled by in 1953, and then the ice-packing plant and water heater factory housed here were closed, Santa Monica’s Bergamot Station sat dormant in the 1980s.

The seven-acre site, located east of 26th Street and south of Olympic Boulevard, was an industrial dead zone. It was overgrown with weeds and cluttered with abandoned rail tracks and ramshackle warehouses covered in corrugated metal.

The city purchased much of the land here in 1989 from the Southern Pacific Transportation Company, hoping that it would once again serve as a transit stop.

When those plans fell through, the city went in a new direction, enlisting the help of developer Wayne Blank to envision a more artistic use of the land.

It turned out the property’s scattered warehouses, with their high ceilings and expansive walls, made for excellent art gallery spaces. Bergamot Station, which opened in 1994, stands today as one of the greatest transformations of public space in the city’s history. The former industrial site and rail yard is now a mecca for art lovers worldwide, with 40 galleries featuring a wide range of creative styles, from conceptual art to Latin American masters.

The art alone makes the 26th St./Bergamot Metro stop a noteworthy destination in the city. Sometimes overlooked here, though, are the site’s other notable offerings.

There is Hiromi Paper, Inc., for example, a store specializing in decorative Japanese paper, and Lilla Bello, a boutique florist.

And there’s City Garage Theatre, which has been presenting innovative, contemporary plays for more than 25 years.

If your artistic pursuits lie more in creating plots and characters, there is Writer’s Boot Camp, which offers courses for budding screenwriters.

And if all this art and entertainment stirs up your appetite, well, the choices are very limited at Bergamot Station.

The only food option on site is The Bergamot Café, offering a menu of soups, salads and sandwiches, as well as a covered patio for casual dining. There is also a small café at the Agensys office building near Stewart Street that is open to the public.

The lack of eateries is one of the needs identified in the Bergamot Area Plan, adopted by the city in 2013. It’s one of the issues faced by city planners working to transform the area from its industrial past into a more pedestrian-friendly neighborhood.

Under previous zoning for the area, for example, restaurants were not allowed, according to Francie Stefan, mobility division manager for Santa Monica.

In anticipation of the metro stop opening here, the city has initiated a number of changes, including adding bike lanes, street lighting, and better sidewalks, she said.

The city estimated that 3,400 people would use the stop daily, and Stefan said this is about right. It’s mostly being used as a commuter destination, with many workers using it to get to work in the many offices located north of Olympic Boulevard. The number of Metro commuters using the stop should grow next year with the anticipated completion of the Pen Factory development at 26th Street and Olympic Boulevard, a major office complex that will open some time in 2017.

Even more development could be coming to the Bergamot Station site itself. Two years ago the city selected a developer, the Worthe Real Estate Group, to work with the community to develop plans to redevelop the area. Based on those meetings, a Bergamot Advisory Committee report released last April outlined plans to add a museum, more gallery space, a community center, and commercial office space. Most controversial is a proposal to build a six-story hotel.

The scope of these plans has caused alarm for many of the current gallery owners, who added a dissenting voice at the conclusion of the advisory committee’s report.

“We are very nervous about it,” said gallery owner Robert Berman, who has owned a gallery at Bergamot since it opened in 1994. Berman and other gallery owners have leases that expire in December 2017. He is concerned that he can’t plan ahead because he doesn’t know what new lease terms will be offered, or if he will even have a lease. And he thinks that the addition of a major hotel to the site would hurt gallery business.

But Berman and others know that some improvements are needed.

More green space is coming. A makeover is planned for nearby Stewart Street Park, and an additional park is being built across the street.

Berman also supports the addition of a restaurant and bar so that Bergamot Station could become more of a destination. He is worried, though, that the city’s ambitious plans for the area will drive out gallery owners and that the community will lose its highly-touted arts and entertainment attraction.

But Stefan is more optimistic about the future of Bergamot, pointing out that adding more diverse options in and around Bergamot Station will only enhance the experience of visiting there.

“I think we will find that Bergamot does just fine,” she said.