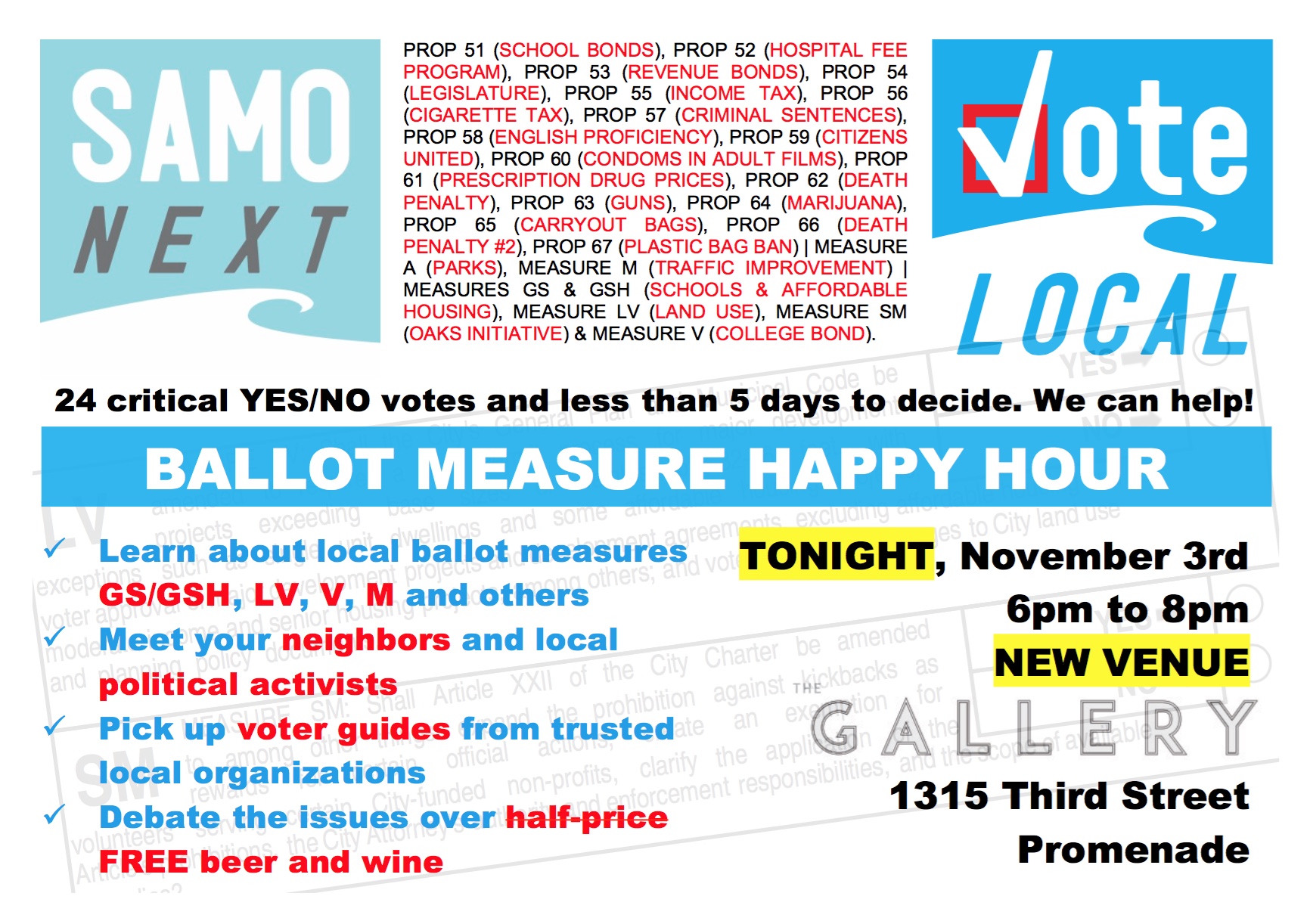 Residocracy has called on its supporters to turn tonight’s Vote Local Happy Hour into a “Yes on LV” party and show up with signs and flyers. As a result, we have decided to change the venue for the event to the deck of The Gallery located at 1315 Third Street Promenade. Come join us for beer and wine overlooking the Promenade on this beautiful night.
As a reminder, this event is NOT a campaign event. It’s a happy hour hosted by Santa Monica Next — a nonprofit community organization — as part of its Vote Local campaign, which aims to encourage young adults in Santa Monica to register with their local address, get informed on local issues, and vote down the ballot.
We continue to encourage anyone interested to attend, but in an effort to keep this from turning into a political rally or debate on one particular measure, we will not be allowing any campaign materials of any kind (including campaign signs and flyers) into the building.
Hope you will join us tonight
TONIGHT November 3
6 p.m.-8 p.m.
The Gallery
1315 3rd Street Promenade