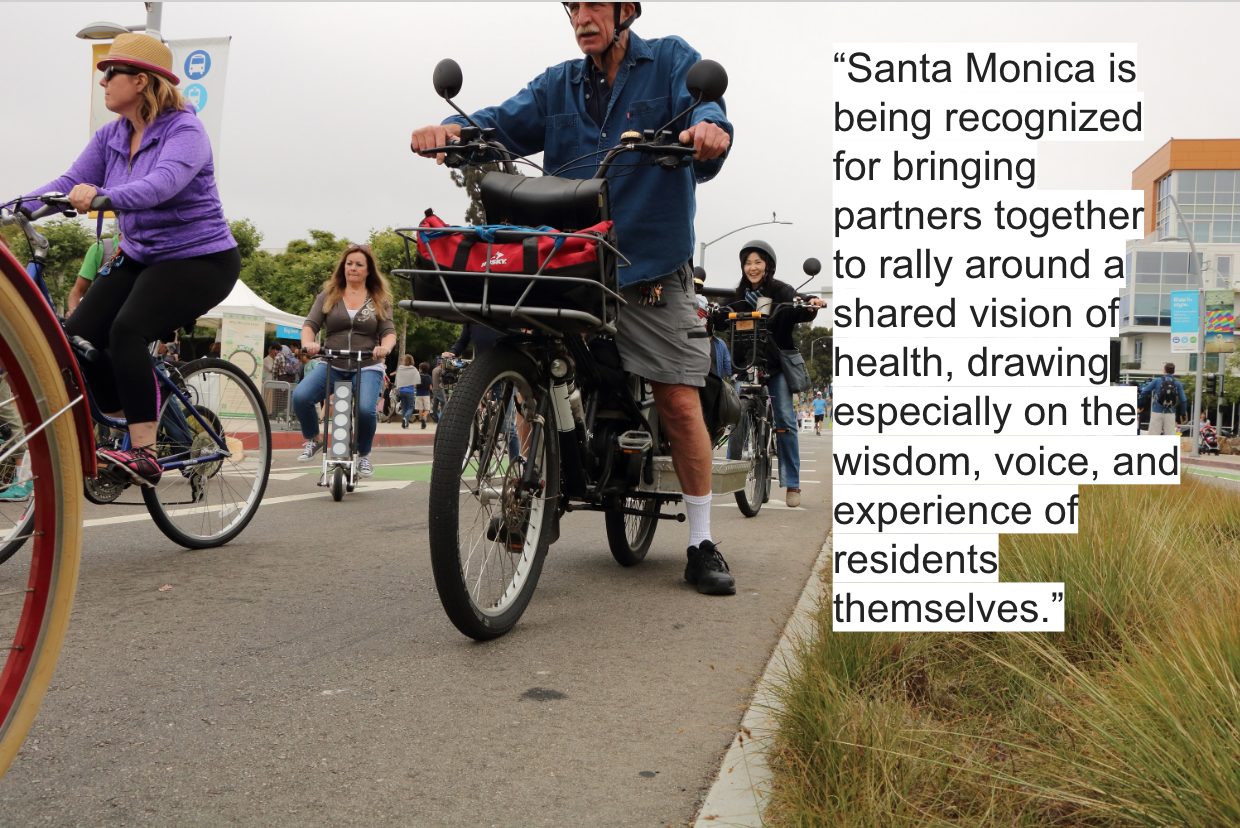 Last month, the Robert Wood Johnson Foundation announced that Santa Monica is one of the 2016 winners of the coveted “Culture of Health” award for the city’s work to “ensure all residents, workers and visitors have the opportunity to live longer, healthier, happier, and more productive lives.” You can read details of the announcement, here.

But while the foundation didn’t just give this honor to the city as a sort of pat on the back, but also to educate, empower and encourage other communities to follow suit. To that end, city staff took part in a forum earlier this week to both bask in the city’s accomplishments and encourage other cities to learn from Santa Monica’s success.

In particular, RWJF recognized the city for:

At this week’s forum, the Robert Wood Johnson Foundation was interested in examining how the city’s focus on data has improved the lives of its residents.

“It’s important to note that this drive for data came out of some very real community tragedies,” explains Julie Rusk, the city’s Chief Wellbeing Office, of the city’s impetus to create the Wellbeing Project. “It was not a research project…It’s about using specific data sources to really understand things that traditionally we don’t look at in government. We’re measuring the widgets and transactions of the work we do.”

Rusk was joined on stage by John Maceri, the executive director of the Ocean Park Community Center who explained how the city’s data collection informs their outreach.

“There’s a qualitative aspect to data that I think is equally important,” he explained. “Change comes incrementally, and it comes over time. Sometimes those small things become very big things…We were able to take that early work in homeless services and apply it to the youth resource task force and then the cradle to career initiative. A lot of it was not just about input, but it was also about output.”

The Foundation’s discussion spanned an hour and a half, with about a third of that focused on Santa Monica. If you’re interested in decoding some of the jargon above, or generally interested in the city’s efforts to gather and utilize data, you can watch the video here. The Santa Monica conversation begins at the one hour and six minute mark.