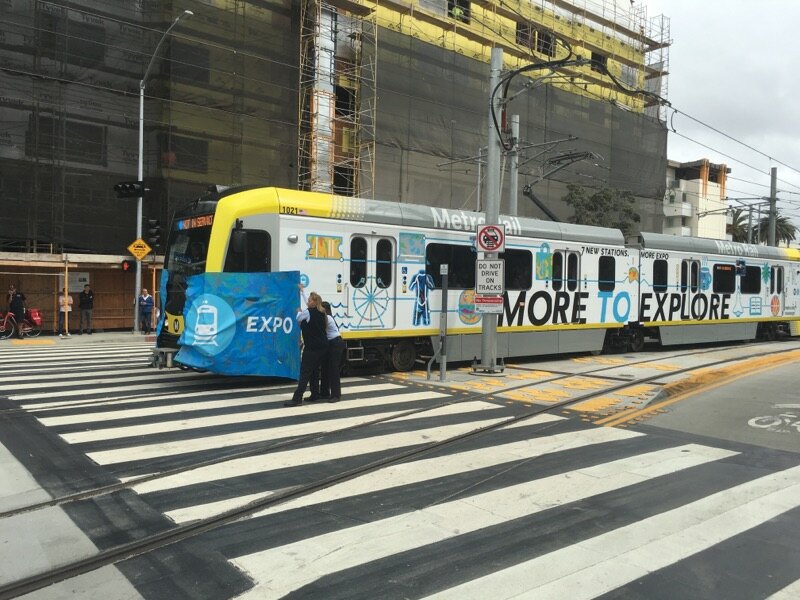 2:12 p.m. – Details on the incident are scant at the moment, but a man was shot by two sheriff’s deputies at the Expo Station in Downtown Santa Monica earlier this afternoon.

There was no word yet on the suspect’s condition. No deputies were injured, according to the Sheriff’s Department. They have advised the public to stay clear of the area.

The downtown Santa Monica station was closed due to police activity, with trains turning back at the 17th Street/Santa Monica College station, according to an alert sent by Metro. Bus shuttles were in service between the stations.

Not much else is known at the moment. We’ll continue to update the story as more news comes in.

3:13 p.m. – A press release from the Sheriff’s office offers scant extra details, no sheriff’s were injured and, per their usual policy, an investigation into the shooting is now open. Read the full release, here.

5:21 p.m. – Metro and the Big Blue Bus are running shuttles from Downtown Santa Monica to the station at 17th street. The station at 3rd street, where the shooting occurred, remains closed.

9:30 p.m. – Metro is resuming normal service for the Expo Line into and out of the Downtown Santa Monica Station.

8:46 a.m. – A report by My News L.A. quotes a sheriff’s spokesperson on the details of the incident.

The unidentified suspect man was hospitalized in critical condition but was expected to survive, said Ramon Montenegro of the sheriff’s Transit Police Division.

The suspect had a knife in his right hand when he walked aggressively toward two deputies who were on the station platform, sheriff’s Lt. Joe Mendoza said.

“The suspect lunged toward the deputies and there was a struggle over the knife, at which time he produced a second knife, and during the struggle, a deputy-involved shooting occurred,” Mendoza told reporters at the scene.