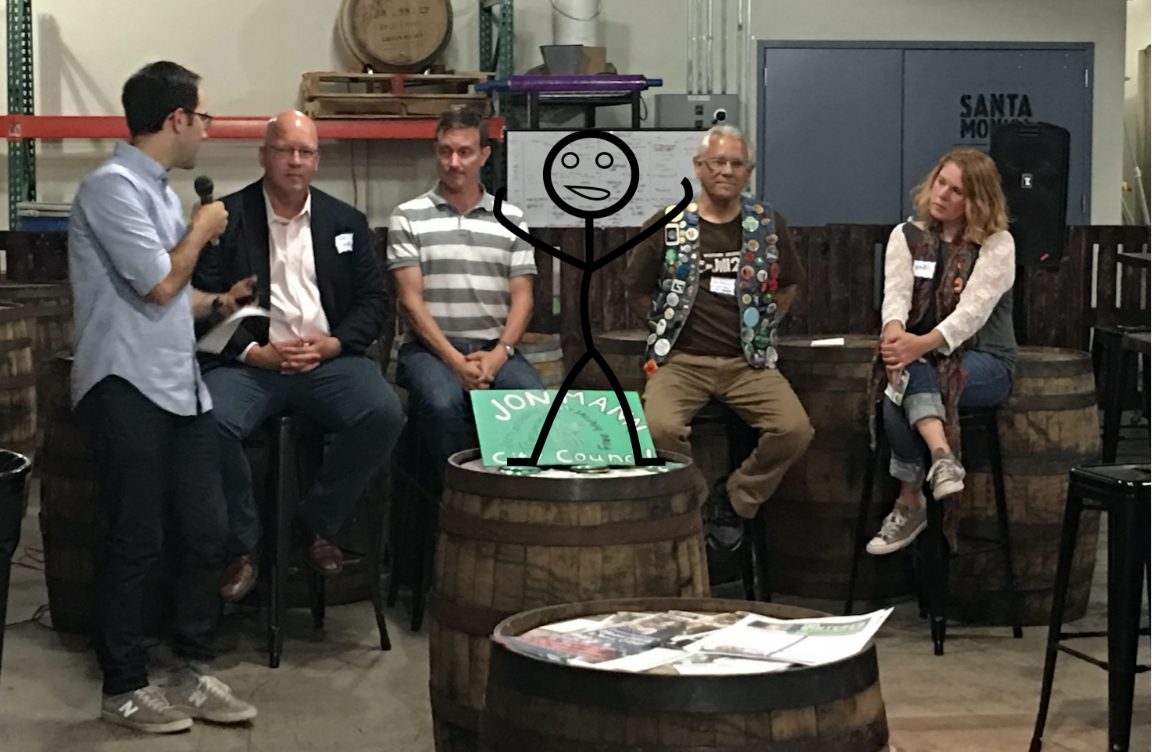 I can’t believe I actually have to write this post, but having seen some social media complaints from candidates complaining they weren’t invited to Tuesday’s forum and mixer. As a federally recognized 501c(3) public non-profit, only inviting some candidates could be seen as a partisan effort to influence an election, so we take such charges seriously. As you can see, we did indeed invite every candidate. Some attended (Terry O’Day, Mende Smith, Ted Winterer, Jon Mann and Gleam Davis), another had a conflict (Terrance Later) and others didn’t respond at all (James Watson, Armen Melkonians, Oscar De La Torre, Antonio Vazquez). I didn’t receive news about Phil Brock’s write-in candidacy until after the forum/mixer took place.

So there you go, you can see both the email and the follow-up sent to all eleven candidates for City Council at either the address they registered with the city or one they provided after we mailed our questionnaire in August.

And here is the first of MANY emails I sent the candidates about the questionnaire in case that comes up sometime in the next few weeks. Note, we’ve followed up with Phil Brock, and hope to start including his answers on Monday. 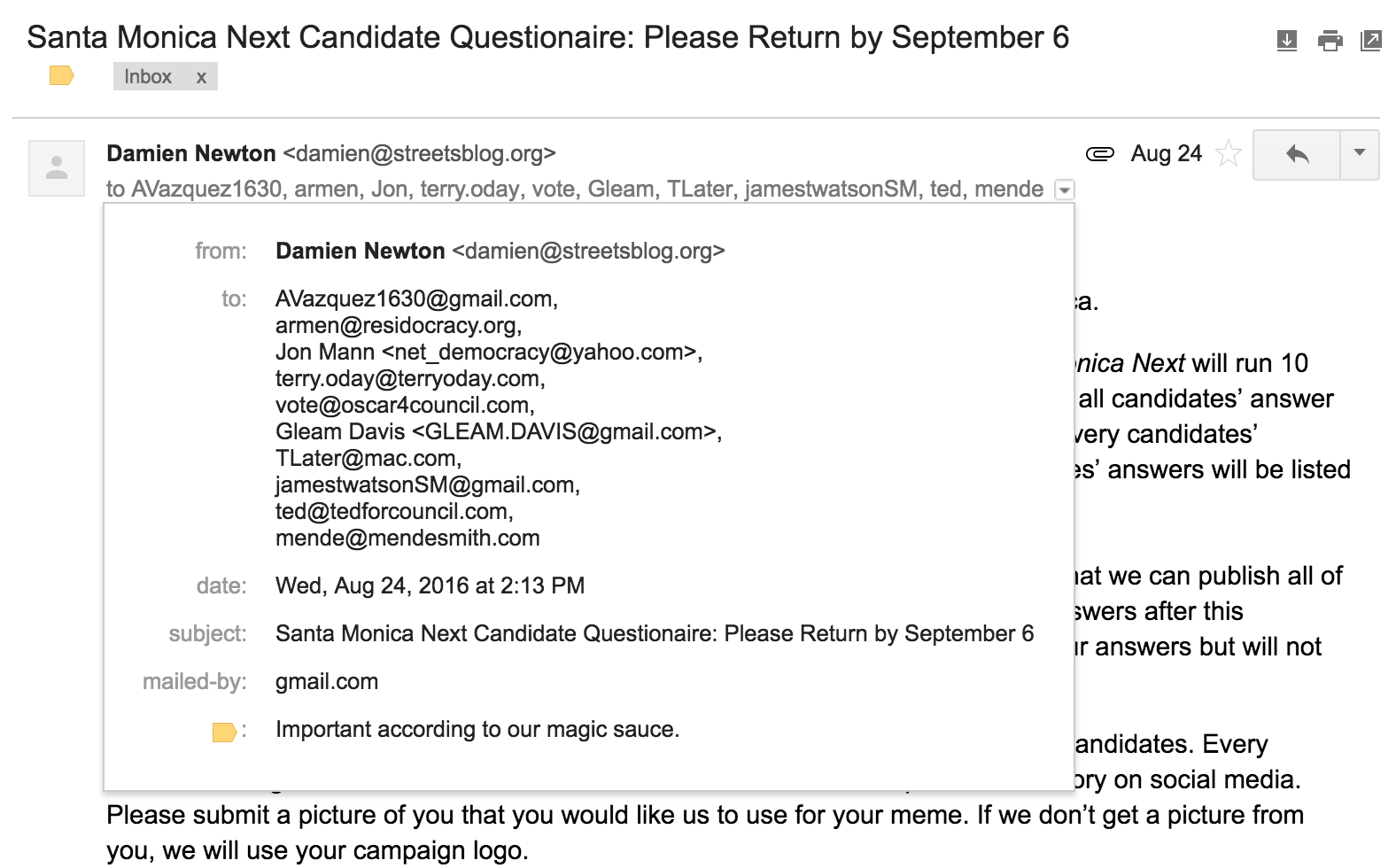 I’m honestly stunned I have to do this, but we take accusations of partisanship seriously. If for some reason a candidate has not gotten any emails from us, maybe this will encourage them to get in touch with us so they can be part of the last three questions in our Q and A series. And if everyone has gotten our emails, again they were sent to the addresses each campaign registered with the City Clerk, maybe those throwing around aspersions can be a little more responsible with what they say.