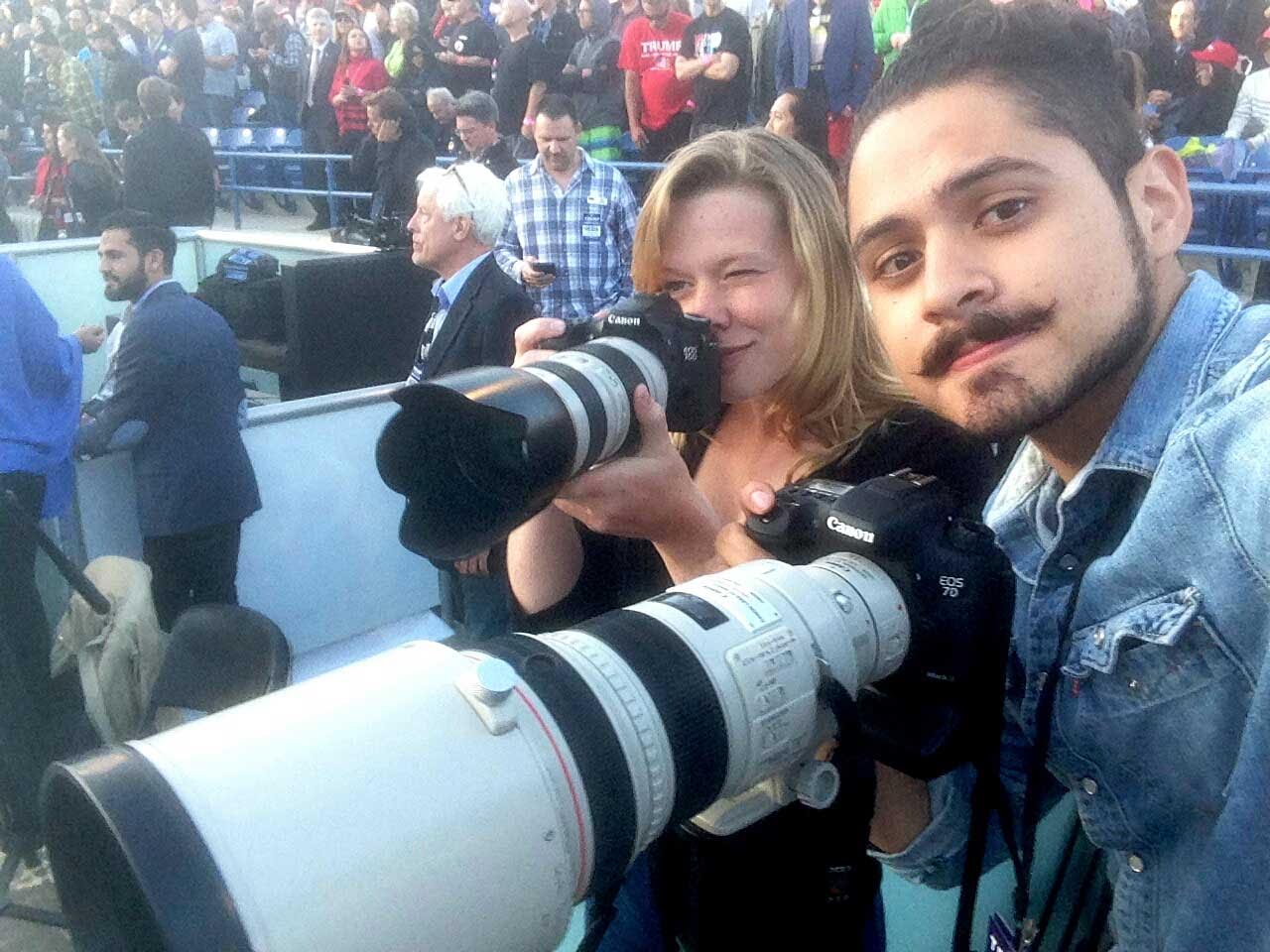 The Santa Monica College (SMC) student newspaper The Corsair won 10 national Pinnacle Awards—including first place for Best College Media Outlet of the Year among two year-colleges—in a nationwide contest organized by theCollege Media Association (CMA). The awards were announced during the national CMA convention in Atlanta on Oct. 29. SMC students competed against their counterparts from more than 340 colleges and universities, including UCLA, Penn State University, and Loyola Marymount University.

SMC journalism students September Dawn Bottoms and Christian Monterrosa won first place for Best Viral Video for their coverage of a Trump rally in Costa Mesa, CA. Monterrosa and Bottoms spent more than 14 hours covering the rally and the ensuing chaos. The YouTube video (available on “TheCorsairOnline” channel) now has more than 220,000 views.

“We went into it just wanting to cover every angle of the event—and we didn’t expect our coverage to have all this success.” said Monterrosa. While Bottoms filmed near a line of police on horseback, a police horse nudged her back. She said she was focused on documenting the chaos to inform her audience. “This is what I want to do with my life, 100 percent,” said Bottoms, speaking of journalism, “I don’t want to do anything else.”

Hirsohn, now editor-in-chief, credits Nik Lucaj—who was the Corsair’s editor-in-chief during the Spring 2017 semester—with pushing student journalists to produce top-quality content. “We all dedicated as much of our time and energy as we could,” said Hirsohn. “We really want to publish stories that matter.”

A complete list of SMC Corsair awards at the 2016 CMA National Conference follows:

SMC Professor Saul Rubin advises the Corsair and teaches the journalism class that produces the print and online editions of the Corsair, while photojournalism instructor Gerard Burkhart serves as the photo adviser. A full listing of the 2015-2016 Pinnacle Awards is available on the CMA website www.collegemedia.org and the Corsair is online at www.thecorsaironline.com.

Santa Monica College is a California Community College accredited by the Western Association of Schools and Colleges (WASC).