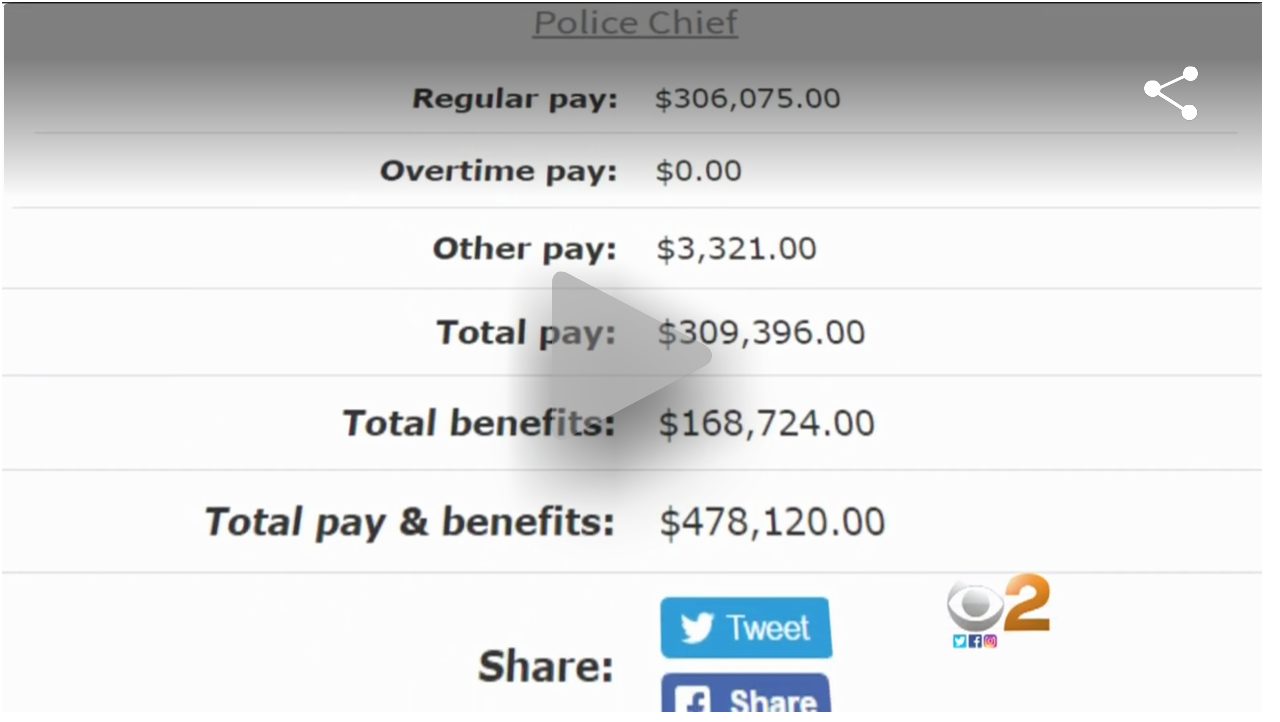 For those of you that missed it, last night CBS 2 News in Los Angeles broadcast a story about the much higher-than-average wages that Santa Monica city employees receive. The CBS 2 News report was based on a study by Transparent California, a project of the Nevada Policy Research Institute, an organization that describes itself as “Nevada’s first free-market think tank.”

Many of the employees receiving the highest salaries, including six-figure overtime bonuses, include police and fire fighters. In fact, the highest salary is that of Chief Jacqueline Seabrooks, who took home roughly $50,000 more than LAPD Chief Charlie Beck last year.

Appearing in the piece was Santa Monica City Manager Rick Cole, whose full-time job is overseeing the government and government employees. Cole defends the salaries with a mix of two arguments: 1) if you want the best civil servants in the country, you need to have the best benefits and 2) we want our city employees to be able to afford to live in the city, the really expensive city, so we need to pay higher salaries.

“We think their salaries are commensurate to the responsibilities of their jobs,” Cole said. When asked why Seabrooks’ salary is higher than Beck’s, whose force is 45 times as large as the SMPD, Cole responded, “Charlie Beck has a tough job. Santa Monica is a challenging place and we aim to be the best.”

When discussing the amount of overtime officers receive, Cole touches on a point not investigated in the piece. Cole mentions that officers working 80 hour weeks aren’t always on the beat, but sometimes are working private security for special events and movie shoots. The city is reimbursed for the costs of the officers and first responders working at these events.

Robert Fellner, a project manager with Transparent California, if featured in the report calling for an audit of the city’s finances. Fellner argues that the high salaries should trigger an in-depth study of city finances.

Transparent California published the information that the CBS2 News report is based on. Fellner’s other recent work has criticized the salaries of school administrators throughout the state and includes a study attacking public pension plans.

The story ends with two Santa Monica residents opining on the numbers. The first is a woman who is clearly agitated at Santa Monica’s high taxes and she slams the salaries and the government. The second is a young man who says he doesn’t mind paying higher taxes given the high quality of city services and the great life afforded by residents of the city.

Despite the tone of the broadcast, Cole tried to keep the interview focused on the quality of the work done by city employees.

“We need to have a more equal society,” Cole says before pointing out that many people in Southern California make high salaries, including television news anchors. “We aim to have excellent staff people. We don’t think we’re paying too much for the kind of talent that we’re getting.”