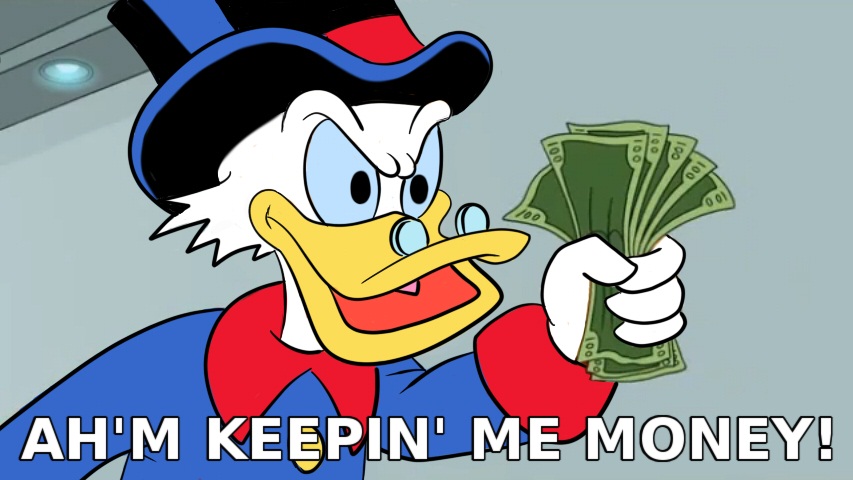 (This article first appeared in The Healthy City Local)

This is another in my series of posts about the rationalizations that otherwise liberal voters use for supporting Measure LV. Of all of them, the one that is probably the most effective with voters tuning-in late to the issue is that LV must be progressive because those arch-capitalists, developers, are against it and spending big money to defeat it.

The reason is that after a century of ballot box governance Californians evaluate ballot measures by looking at “who’s for an’ who’s again’ ’em.” We all know that if tobacco companies or oil companies are against a measure, that tells you a lot.

With a progressive electorate here in Santa Monica, it’s always a bad sign if someone is going to make money one way or another. Although it’s generally okay here to make money producing movies, nearly every other capitalistic enterprise is suspect. The supporters of LV have made a big deal about developer profits, as anti-development activists have done for years. They’re constantly invoking the “greed” of developers, and they loudly denounce anyone who supports the building of anything as being “in the pocket of” developers.

But there’s no secret why developers are spending money to defeat LV. It’s because LV would put them out of business in Santa Monica. None of them are going to spend three or four years developing a project, only to put it up against the crapshoot of an election.

Say you had a business; what would you spend against a ballot measure that would close you down? Take this example: one of the founders of Residocracy is local realtor Kate Bransfield. What if residents, upset with how much they have to pay realtors when they sell their now multi-million dollar homes, put a measure on the ballot that would cap commissions at one half of one percent of selling price?

After all, back when homes in Santa Monica were bungalows owned by Douglas workers, realtors didn’t make nearly so much money. Realtors must be greedy if they want full commissions on the inflated prices of houses now. That money would better go into the retirement fund of the seller.

If such a measure got on the ballot, how much money do you think Bransfield and her fellow realtors would spend to defeat it?

Or here’s another example. Phil Brock, now a write-in candidate for City Council, last week wrote a S.M.a.r.t. piece for the Mirror (tellingly titled, “The Alchemy of Greed”) all about how developer “robber barons” had taken over Santa Monica, how they were spending big to defeat LV, and how voters had to pass LV to stop them. Brock’s day-job is running a talent agency, and presumably he runs it to make a profit. What if there were a statewide measure that would reduce talent agency commissions from the current regulated level of 10% to 5%? How much do you think Brock and his fellow agents would spend to defeat that?

It’s the shortage of housing in California that makes real estate development so profitable today, and the regulatory environment, including measures like LV, that make it so risky. It’s a perfect example of the risk/reward ratio in action. In America we rely on the capital raised by capitalists to build most housing, so if you get rid of developers, you’d better come up with a completely different system to house a growing population.

What’s incongruous about all this “to-the-barricades” anti-capitalist rhetoric from the LV camp is that it’s coming from capitalists, or at least from many people who are making money from the current housing crisis, namely homeowners in Santa Monica (and their realtors). It’s not only Bransfield: City Council candidate and Residocracy founder Armen Melkonians describes himself on the ballot as a “civil/environmental engineer,” but at at least one point in his life he was a developer of mansions in Bel Air.