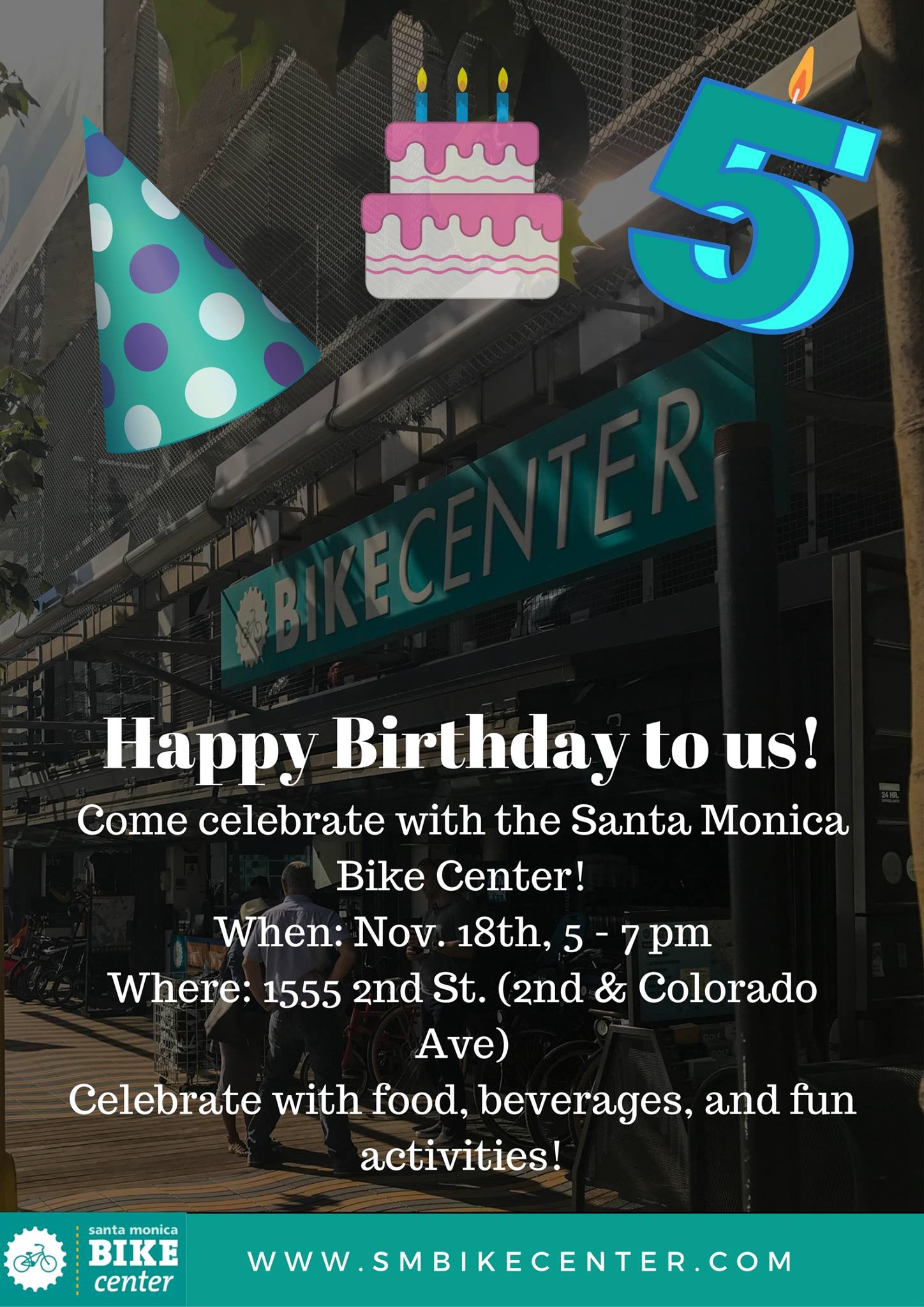 Happy 5th birthday to our BFFs at Bike Center. They have a party planned tonight that if it weren’t my own birthday I would be happy to attend. The details are in the picture above or you can read more, here.

Back in 2011, right after Streetsblog L.A. hired Kris Fortin and Sahra Sulaiman to cover disadvantaged communities of color, we were looking for ways to cover more communities with local writers while I continued to cover the major policy initiatives in L.A. City Hall and Sacramento. The first organization to step up was Bike Center, who covered about 60% of the costs for a weekly column by Gary Kavanagh. Here’s Gary’s first story for Streetsblog L.A., from early March in 2006.

From there, more donations and advertisers started approaching us and it became clear that we had the support to launch a website independent of Streetsblog.

None of that would have happened without the initial support from Bike Center. So thanks for everything, happy birthday, and we’ll see you soon.

(Back when we launched Next, we did so with a video on Bike Center’s first year and a half of operations. If you haven’t seen it, here it is…)