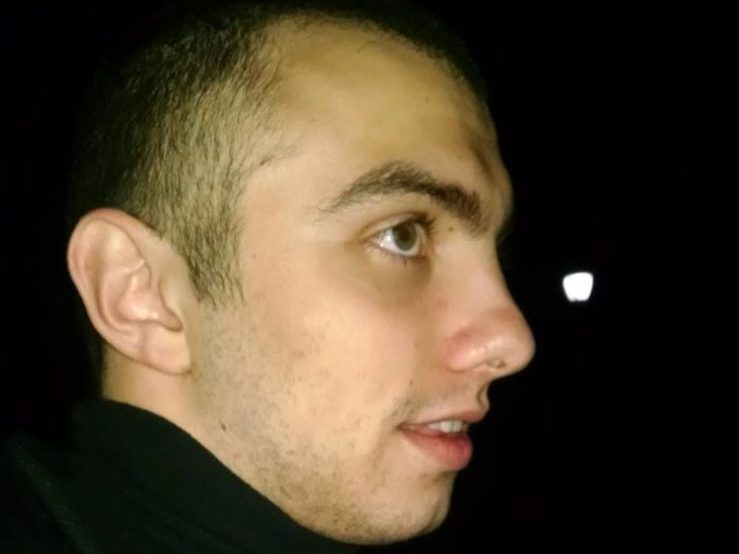 David Cline, 24, of Santa Monica was identified Sunday as one of the victims killed in a fire that broke out at a concert in a warehouse in Oakland Friday night.

The fire, which has claimed the lives of at least 33 people, broke out in a warehouse called “The Ghost Ship” that doubled as the home of a local artist collective in Oakland Friday night during a concert.

In a social media post, Cline’s brother, Neil Cline confirmed that David was in fact killed in the fire at the “Ghost Ship” warehouse, which was also the home of the Satya Yuga collective, according to Berkleyside.

“We just received word that my brother David Cline passed away in the Oakland Fire,” Neil Cline posted on Facebook. “To all of you, thank you. Thank you for your kindness, help and love. To David, we love you. You will be with us always.”

“Our prayers are with the family of David Cline of Santa Monica and the many other families who have lost loved ones in this tragedy,” Seabrooks wrote.

Assemblymember Richard Bloom, who lives in Santa Monica and is a former City Council member joined in offering his thoughts to the victims of the fire.

“Our thoughts & prayers are with the families of those lost in the tragic #Oakland fire, including local resident David Cline,” he tweeted.

Authorities said Sunday they have searched about 30 percent of the site.

“Personnel have created pathways through the debris, dividing the building into quadrants and removing debris by hand, bucket-by-bucket. This methodical and painstaking approach is important to respectfully remove the victims and carefully process the scene,” Berkeley officials said Sunday, according to Berkeleyside.

Numerous reports describe the warehouse, which also served as a residence in a region where rents are increasingly expensive, as being potentially hazardous.

According to the New York Times:

Oakland’s music and art scene was already struggling with high rent prices. The city’s underground bands and artists live a seminomadic existence in search of warehouses, homes and other spaces to show art, play music and dance into the early hours.

Diego Aguilar-Canabal, 24, a blogger and freelance writer who lives in Berkeley and plays guitar in a band called the Noriegas, estimated he had been to three dozen house and warehouse parties over the past two years.

Aguilar-Canabal was quoted in The New York Times about his experience visiting the warehouse recently, which he remembered “as a dim and cluttered area with a ‘maze’ of furniture, canvas paintings on the walls and papier-mâché hanging from the ceilings.”