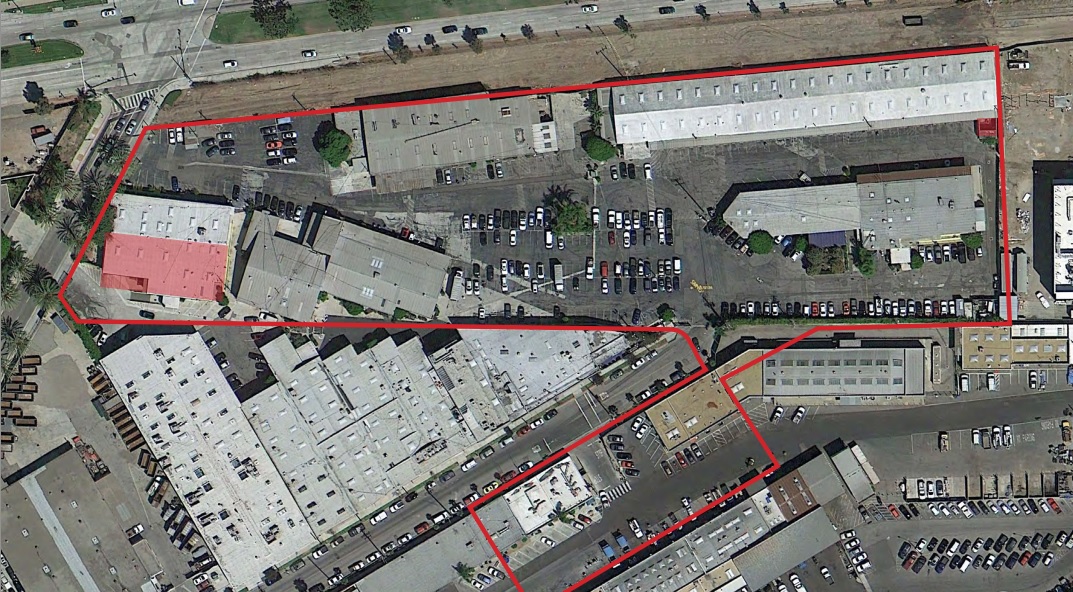 The property owner at Bergamot Station that drove out the nonprofit Santa Monica Museum of Art over a difference of opinion is now cashing out.

Wayne Blank, who owned about two acres of the roughly six-acre Bergamot Station Arts Center – formerly a stop on the old Pacific Electric trolley line – for more than two decades, sold his portion of the property for about $35 million to RedCar Properties last month.

In a strident interview in the Daily Press Monday, Blank also announced he wouldn’t be renewing his leases on his gallery on the city-owned portion of Bergamot Station, unless the city does nothing to change the area.

“It’s unfortunate that Wayne Blank, who was so instrumental in establishing the Bergamot Arts Center as the premier gallery destination in our region, chose to sell his land for an astronomical price to a firm which immediately raised rents for the arts tenants and which thus far has not responded to requests from City officials to clarify its plans for the property,” said Santa Monica Mayor Ted Winterer.

“I would have much preferred if Wayne had first conferred with us about strategies to assure the continued vitality of the arts at Bergamot on both the public and private land,” Wintere said.

Bergamot Station is home to a cluster of for-profit art galleries and a few arts-related nonprofits housed in repurposed industrial buildings surrounding a surface parking lot. It is also directly adjacent to Expo light rail station.

In 2014, Blank was part of Bergamot Station LTD/Worthe, one of three development teams who presented the City Council with plans to overhaul the parcel, with the goals of preserving the galleries (all three plans included adding revenue-earning uses to subsidize the gallery rents), expanding the space for the former Santa Monica Museum of Art, and creating more walkable, communal open space.

The former Santa Monica Museum of Art, a nonprofit tenant of Blank’s, had come out in support of one of the other teams. Blank responded by tripling the nonprofit’s rent, which eventually forced the museum to relocate to the Arts District in Downtown L.A.

The city bought its part of the parcel in the 1980s with transit dollars in anticipation that it would once again host a stop along a regional passenger train line. Because the land was purchased with transit money, revenue from the rents go to help subsidize Santa Monica Big Blue Bus’ operating costs.

However, the city keeps the rents artificially low for the for-profit galleries and arts-related nonprofits on its land, forgoing money that would otherwise go toward Big Blue Bus. Improving the property would allow the city to increase revenue from the land without raising the rents for the galleries.

One of the largest gallery spaces on the city-owned property is rented by Blank, who is now threatening to cancel his lease unless the city halt all plans for improvement at Bergamot Station, according to his interview with the Daily Press.

Blank left the Bergamot Station LTD/Worthe development team and began fighting against plans to bring the area up to date after the city staff initially recommended the City Council choose a different team for the project, 26Street TOD Partners LLC. The Council eventually decided to go forward with the Bergamot Station LTD/Worthe plans, but by then Blank was no longer involved.

In his interview with the Daily Press, Blank blamed the city, claiming they were “playing God” with the tenants at Bergamot Station. Most of the tenants on Blank’s former property are for-profit businesses and under the new ownership, they have seen their overhead increase due to the fact that Red Car Properties is passing through more of the real estate tax expenses to the tenants.

Blank told the Daily Press that he had not raised the rents on tenants in more than 20 years. He did not mention his tiff with the Santa Monica Museum of Art, however.

Plans for improving the property have been on hold for some time now as the city went forward with a working group that included tenants and resident stakeholders. How Blank’s sale will affect the future of the site is also unclear.