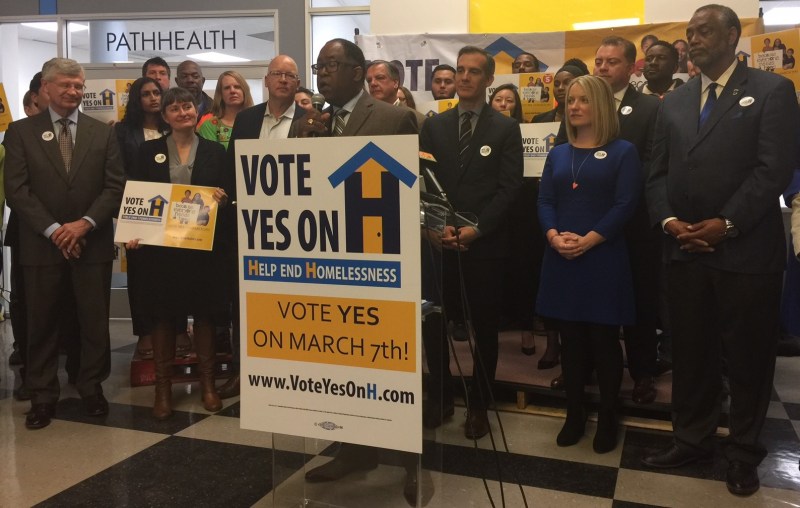 Via Streetsblog L.A. Measure H will be on the ballot in every jurisdiction in L.A. county this March 7, including Santa Monica.

Voters in L.A. county will vote on Measure H on the March ballot. If passed, it will create a quarter-cent sales tax to go to county services to prevent homelessness and to support supportive and long-term housing services for homeless. The tax would start in July and continue for ten years before sunsetting. Services would be divided by city, based on homeless population counts.

For information on how to help Measure H pass, go to the People Assisting the Homeless (PATH) website.