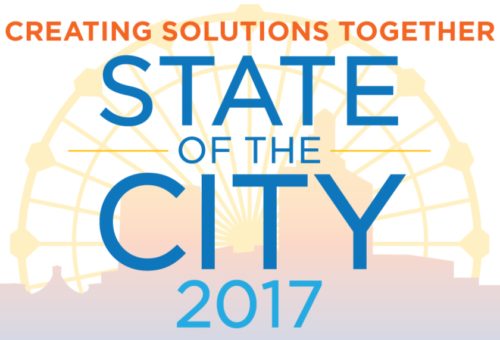 Former Secretary of Housing and Urban Development Henry Cisneros will be this year’s State of the City keynote speaker.

Cisneros, who served under former President Bill Clinton from 1993 to 1997, will be joined by Santa Monica City Manager Rick Cole for a discussion moderated by KCRW’s Frances Anderton.

“We have a stellar program planned for State of the City 2017—one that celebrates innovation, unity and solution-oriented discussion,” said Chamber of Commerce Board of Directors Chair Yesenia Monsour of Kaiser Permanente.

“As our community comes together following a passionate election season locally and nationally, the Chamber looks forward to serving an essential civic role by facilitating the open exchange of ideas, as we have for 91 years,” she said.

The State of the City, presented by the Santa Monica Chamber of Commerce, will be held on Monday, February 6 from 5 to 7:30 p.m. at SGI World Peace Auditorium (525 Wilshire Blvd).

This year’s theme is “Creating Solutions Together,” which, according to Chamber officials, “encourages Santa Monicans to come together to explore opportunities for partnership and dialogue as a united community in which all can thrive.”

To purchase tickets or for sponsorship opportunities, visit smchamber.com/sotc