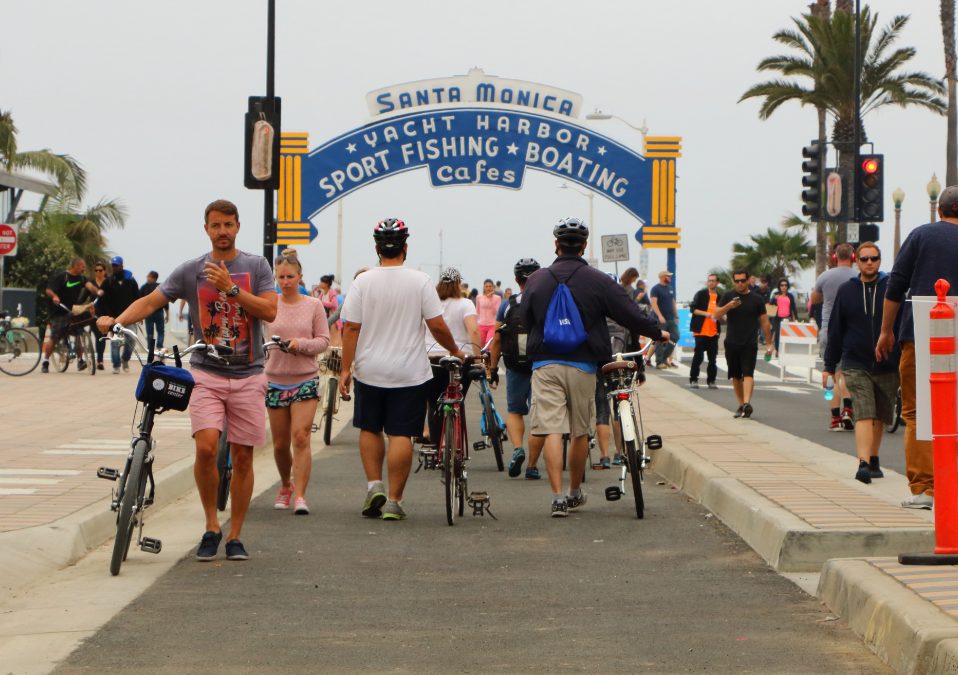 The Santa Monica City Council voted unanimously Tuesday night to seek an update on the implementation on the city’s six-year-old Bike Action Plan.

The item, which was placed on the agenda by Mayor Ted Winterer and Councilmembers Terry O’Day and Pam O’Connor, called for staff to return to Council with a report on the city’s Bike Action Plan and how it is “harmonized” with the Vision Zero policy goal in Santa Monica’s Pedestrian Action Plan, adopted last year.

While the Bike Action Plan has been in place for more than half a decade, the 265-page Pedestrian Action Plan, which outlines numerous strategies aimed at bringing the number of severe injuries and fatalities caused by traffic crashes in Santa Monica down to zero, was adopted last February.

“If you asked anyone familiar with our community what has been the most visible change to our physical environment over the last decade, I think a lot of response that would come back would recognize the growth of the use of bikes in our community,” O’Day said Tuesday.

Between 2000 and 2014, Santa Monica saw a 265 percent increase in the number of people using bikes to get around, according to a staff report on the third anniversary of the approval of the Bike Action Plan.

In addition to the rise in the number of people biking, O’Day noted that in the past year, the Expo line opened up to Santa Monica, connecting the beachside city to downtown Los Angeles by passenger rail for the first time in more than half a century and Santa Monica adopted a “Vision Zero” policy.

Councilmember Tony Vazquez asked whether the report back from staff would include information about how the current bike lanes are performing in terms of safety.

Responding to Vaquez’s question, O’Day said, “Safety is the key objective. It’s those bike lanes that we’ve built, but also the ones we haven’t built but still can to improve toward the safety goal.”

O’Day made a motion to have staff come back with a report on the issues discussed. Vazquez seconded his motion, which was then approved unanimously. A specific date for staff to return with a report to Council was not set, however.