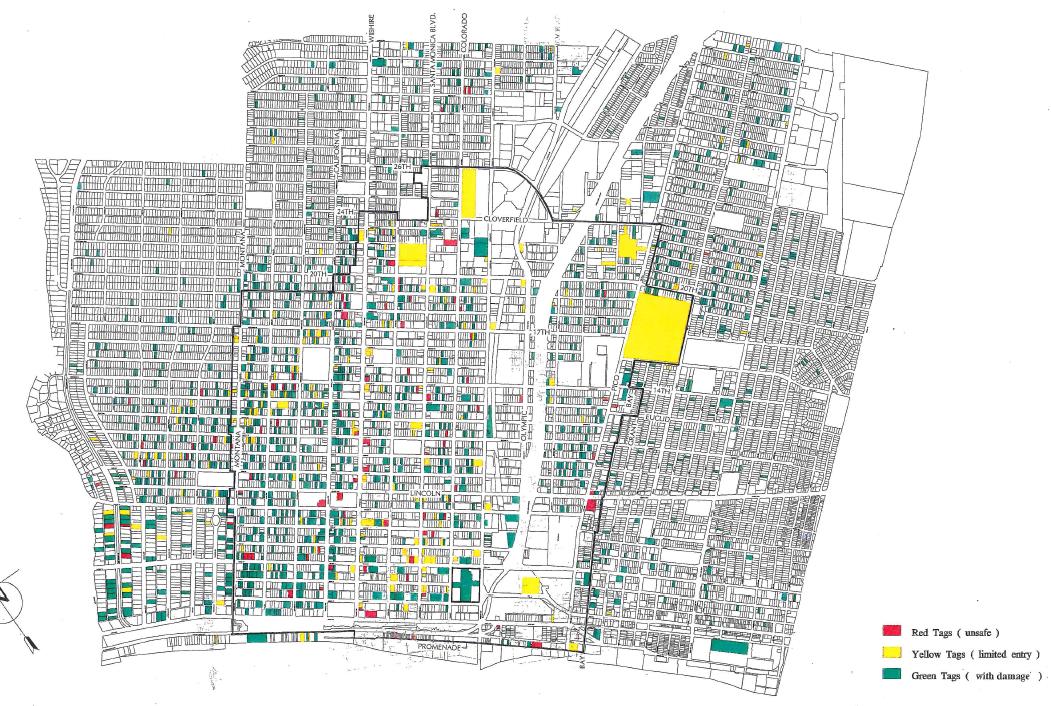 Santa Monica released a list Tuesday of more than 17,000 apartments or condos in more than 2,000 buildings that will require further study under the city’s new earthquake retrofit requirements.

The list also included commercial properties that could require retrofit work to make them safer for the next earthquake.

According to the city’s website, simply being included on the list — available here — doesn’t mean the buildings will necessarily require a retrofit, but rather that they “exhibit characteristics that make them less resilient to earthquakes” and must be studied to determine if a retrofit is necessary.

“These buildings display characteristics such as age, appearance, construction material, method of design and construction, and structural records that may indicate a need for strengthening in preparation for an earthquake,” according to the city’s website.

Among the properties that have been identified as potentially needing retrofitting are “soft-story” buildings, like apartment buildings whose first floor is mainly parking, unreinforced masonry construction, concrete “tilt up” construction, or non-ductile (not flexible) concrete construction.

Owners of properties on the list will receive notice that in the next three months to three years — depending on the type of building — they will have to submit their properties to a structural evaluation survey to determine if a retrofit is needed. Property owners will have anywhere between two and 20 years to complete the retrofit, depending on the type of work required.

On the list are some notable properties like the historic Fairmont Miramar Hotel, the Huntley Hotel, and the Shores Apartments, two towers in Ocean Park with a total of more than 500 rent-controlled units between them.

The vast majority of buildings that staff has identified as possibly requiring retrofit work are older rent-controlled apartment buildings. Responding to concerns from renters and City Councilmembers, at a December City Council meeting, staff noted that because of protections in the city charter, “Seismic retrofit will not allow buildings to be demolished.”

“It is not a means to remove our building stock,” staff said in December, noting that the eventual ordinance that will be drafted to assure the retrofitting happens will maintain protections for renters to assure they are not displaced.

“I’m sure the implementation of the ordinance will cause some temporary inconvenience in the short term, but the fact that we are assuring the public safety in in the event of a significant earthquake is worth it in the long run,” said Mayor Ted Winterer Tuesday.

He also noted that whether or not the costs of retrofitting could be passed through to tenants living in rent-controlled buildings would likely be decided by the Rent Control Board.

The last major earthquake to strike Southern California was the 1994 Northridge quake, which had a particularly devastating effect on Santa Monica because of our specific geography, just beyond the Santa Monica Mountains, and soft soil.