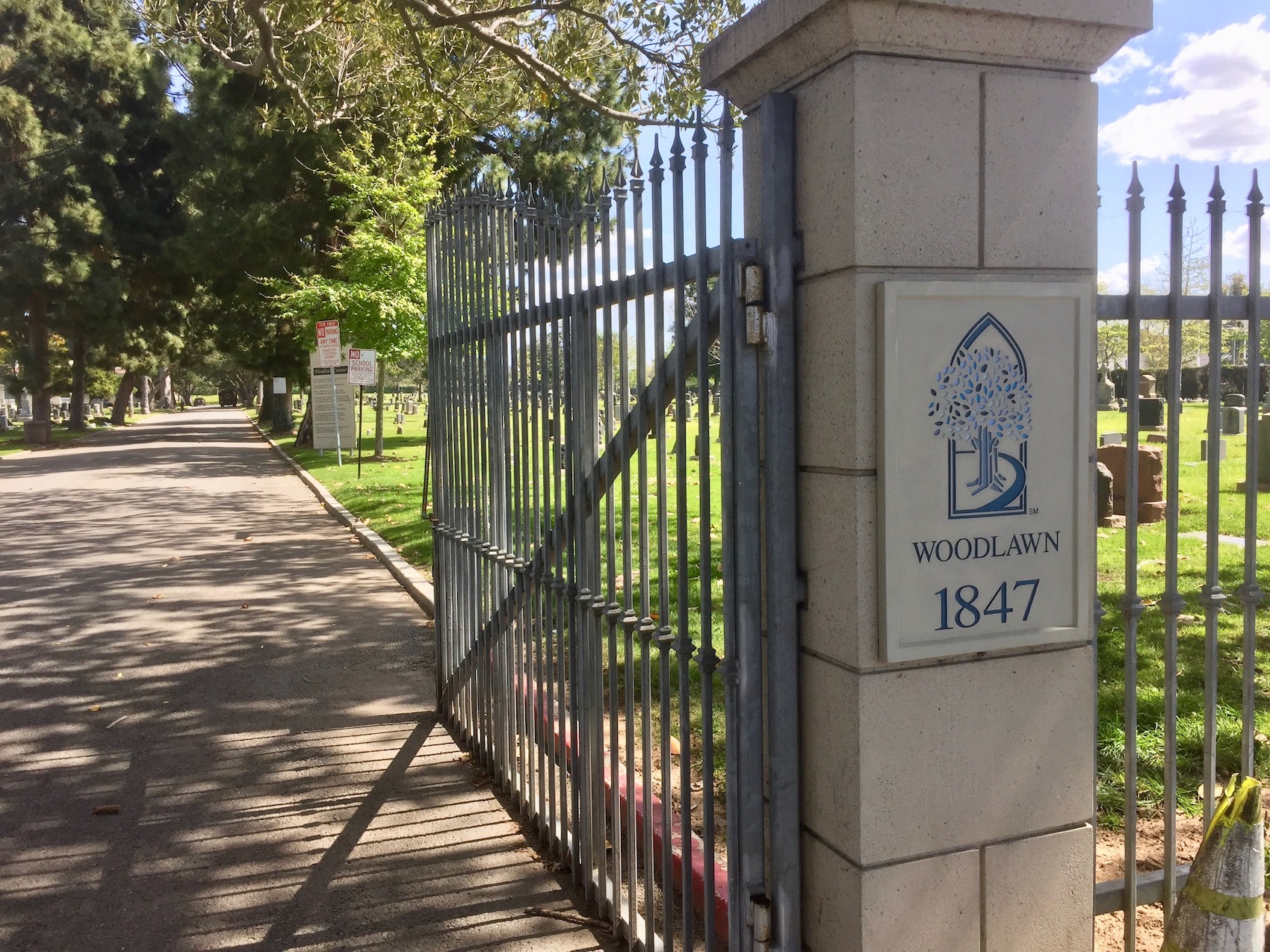 Above the surface, cemeteries are serene expanses of green, with plenty of trees and flowers.

Below ground, however, America’s cemeteries are environmental disasters. Buried along with the deceased are toxic embalming fluids, metals from caskets, and thousands of tons of reinforced concrete used to line underground vaults.

Now graying baby boomers determined to make one last and eternal stand for the environment are aiming to make the funeral industry more green.

They are requesting burial services where no chemicals are used for embalming, and no cement vaults are lowered into their burial plots. Instead they are asking to be buried in simple wooden caskets or encased in biodegradable shrouds.

This type of internment is known as a “green burial.” A green burial actually puts a decomposing body to work in its final resting place. Free to decay in a natural setting under the ground, a buried body provides life-giving nourishment for plants growing above it.

With Santa Monica’s commitment to sustainability and environmental causes, you would think that green burials would be an easy sell here. But when Cindy Tomlinson, administrator for the city-owned Woodlawn Cemetery, presented the idea of green burials to city officials, they were far from receptive.

“They kind of looked at me like I was crazy,” she said. “But then they started looking into it themselves and they realized that we are Santa Monica, and we should be doing this.”

The city, finally, is doing it. Woodlawn Cemetery just opened its first eco-friendly burial section, known as Eternal Meadow, becoming the third cemetery in Southern California to offer the service.

Three green burials have already taken place at Woodlawn. The first was for activist and politician Tom Hayden, whose gravesite has no headstone but is covered by a flourishing blue-flowered plant.

The city will hold an opening ceremony for Eternal Meadow this Saturday at 11 a.m. as part of an activity-filled day at the cemetery. It includes movies in the mausoleum and the annual Living History Tour that features costumed guides portraying historic people buried at Woodlawn.

Tomlinson first heard about green burials at a conference for funeral directors four years ago, and the concept resonated with her personally. Until then, she had assumed her own final arrangements would be for cremation.

Eternal Meadow is a 30-feet-wide strip of land in a central area of the cemetery grounds that will run 500 feet long. It will be covered in natural plants, flowers and grasses.

Ten plots have already been sold in the section, and a total of 364 spaces are available.

At a cost of more than $15,000, green burials are more pricey than traditional ones, Tomlinson said, because the plots are bigger. There won’t be any headstones. Family members will locate their deceased relatives with the aid of tiny radio devices buried with the body that will emit a signal that can be picked up using a smartphone app.

Woodlawn’s green burial site was certified by the Green Burial Council, a Ventura-based organization that has become the lead certification and go-to group for the green burial movement.

The council has certified 56 cemeteries so far in North America, according to Kate Kalanick, the organization’s executive director. She said the trend has partly been fueled by customers with environmental concerns, but also because people are seeking more options and control with their intended burial plans.

Kalanick got involved with the council a few years ago after dealing with the death of her mother, who hadn’t left specific funeral instructions.

“At the time I chose cremation, but I was left unsettled with that. I thought there had to be more,” she said.

And more there is. A growing number of businesses have sprung up catering to this trend. Customers looking to reduce their carbon footprint as they step off this Earth can opt for alternatives such as coffins made from banana leaves or burial shrouds made from linen.

One woman has given a Ted Talk promoting a burial suit made with mushrooms, designed to help a body decompose more easily. The video talk has been viewed more than 1 million times.

Even people who choose cremation can be more environmentally conscious when choosing an urn to hold their ashes. At Woodlawn, for example, there is a display of environmentally-safe urns made from materials such as corn starch or paper mache. One such urn is shaped like a turtle and meant to be released into the sea.

The trend toward organic burials has grown, well, organically. Kalanick says that her organization doesn’t cold-call funeral homes or cemeteries. Instead, people are coming to them for guidance on how to explore this option on their own.

“To be quite honest, this is not a concept that I’ve had to sell. People love it,” she said. “When we allow our bodies to go back into the earth, that’s where you get the real circle of life.”