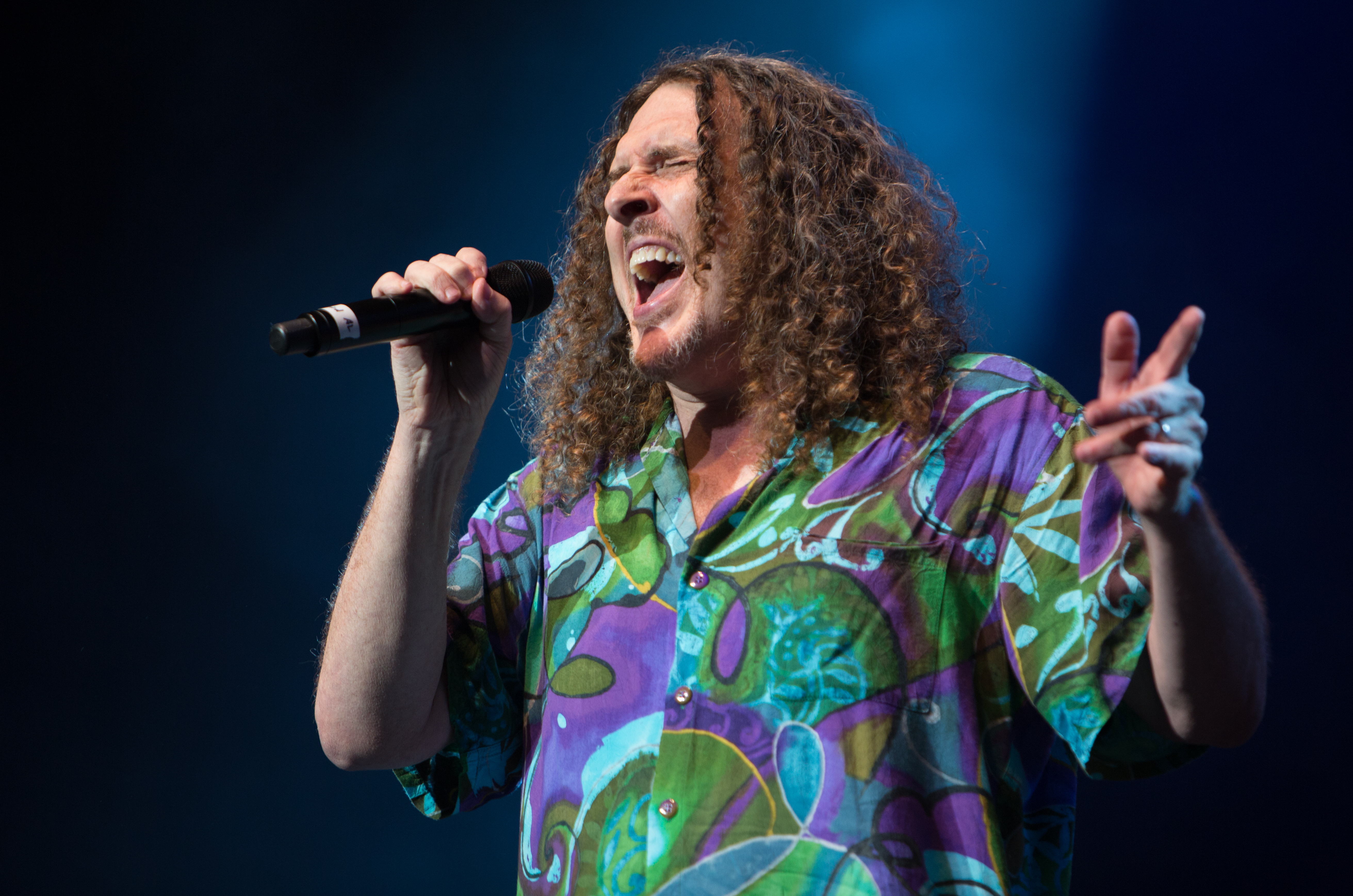 “What a thrilling evening,” said Linda Greenberg, the Executive Director of the Education Foundation. “It is amazing to see the skill of our student musicians as they put on an incredible show alongside our headliners. Their talent and this show are testaments to our community’s dedication to ensuring excellent arts education. We are so grateful to the generous artists, crew, volunteers, students and each attendee who made this concert such a success.”

Inside Santa Monica High School’s historic Barnum Hall, student choir, orchestra and band members from Samohi, Malibu High School and Olympic High School, sang and played along with the pros. Highlights of the evening included Richard Page’s “Broken Wings” and “Kyrie,” “Weird Al” Yankovic’s “Tacky” and “The Saga Begins,” and Michael McDonald’s “Minute by Minute” and “What a Fool Believes.”

All the artists joined Michael McDonald on stage, and brought the crowd to their feet, during the show’s rousing final numbers, “Takin’ It to the Streets” and “With a Little Help From My Friends.”

Emceed by longtime radio personality Cynthia Fox of 100.3 The Sound, the concert also featured an exciting live auction that included signed guitars, the drum set from the stage, tickets to “The Voice,” and other unique items, all supporting the cause.

This year, the concert was renamed the Greg Coote Concert For The Arts, in memory of entertainment executive and school district parent Greg Coote. Coote led the creation of the Ed Foundation’s For The Arts endowment campaign to ensure the continuity of arts programming for students in the Santa Monica-Malibu public schools. Our community lost an extraordinary champion of the arts when Coote sadly passed away in 2014. At the start of the show, Coote’s daughters, Diane and Suzanne, made a moving speech in honor of their father and his dedication to arts education in public schools.

Proceeds from the show will support arts programs in SMMUSD schools next year and the Education Foundation’s For The Arts Endowment. These concerts have now raised nearly $1 million for arts programs in Santa Monica and Malibu public schools. Featuring Venice every year as the house band, past concerts have included Jackson Browne, David Crosby, Billy Idol, America, Heart, and many other icons, all of whom have donated their time and talents to perform with musicians and singers from SMMUSD high schools.

About the Santa Monica-Malibu Education Foundation

Established in 1982 by a dedicated group of parents, community leaders, and local business owners, the Ed Foundation raises funds to enhance and supplement the curriculum of the Santa Monica-Malibu Unified School District. The Ed Foundation’s mission is to engage the community to invest in a vibrant educational experience for all students in the Santa Monica and Malibu public schools. The foundation raises funds through its annual campaign, endowment earnings and special events. To learn more about the Ed Foundation, visit smmef.org or like us on Facebook: facebook.com/smmef.