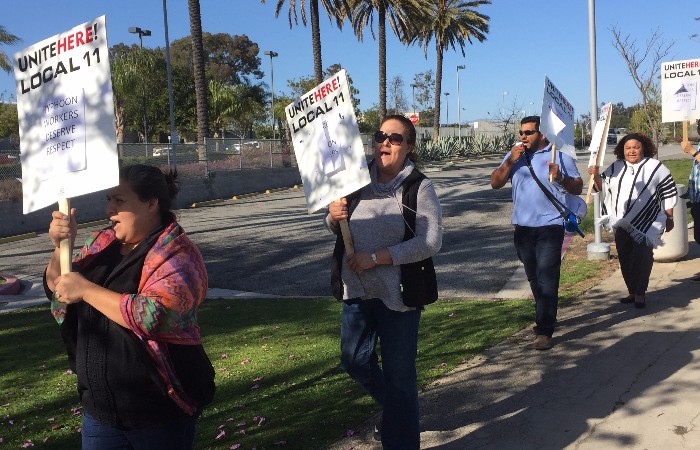 The restaurant closed last year after negotiations over renewing its lease fell through and protesters demanded that the city take action to bring back more restaurant space to the site.

The protesters had four demands of the city, according to a press release sent out by UNITE HERE Local 11 on Tuesday.

The four demands were “that personnel files of Typhoon employees be retained on the property, that a policy be written to retain food service workers, that it be made a leasing priority to create more food and beverage space at the airport, and that workers be designated local hires,” according to the press release.

City officials did not respond to Next’s request for comment.

According to media reports, Typhoon shuttered its doors in November after failing to reach an agreement with the city about renewing its lease.

Owner Brian Vidor told the Santa Monica Lookout in October that the conclusion of the negotiations was not “amicable” and accused city officials of “just trying to get everyone out” at the airport.

Councilmember Kevin McKeown, however, had a different account. McKeown told the Lookout that Vidor, who is in his early 70s, “wanted to renew his lease, then sell the restaurant to a new operator and retire… When the sale fell through, he decided to quit and blame it on the city.”