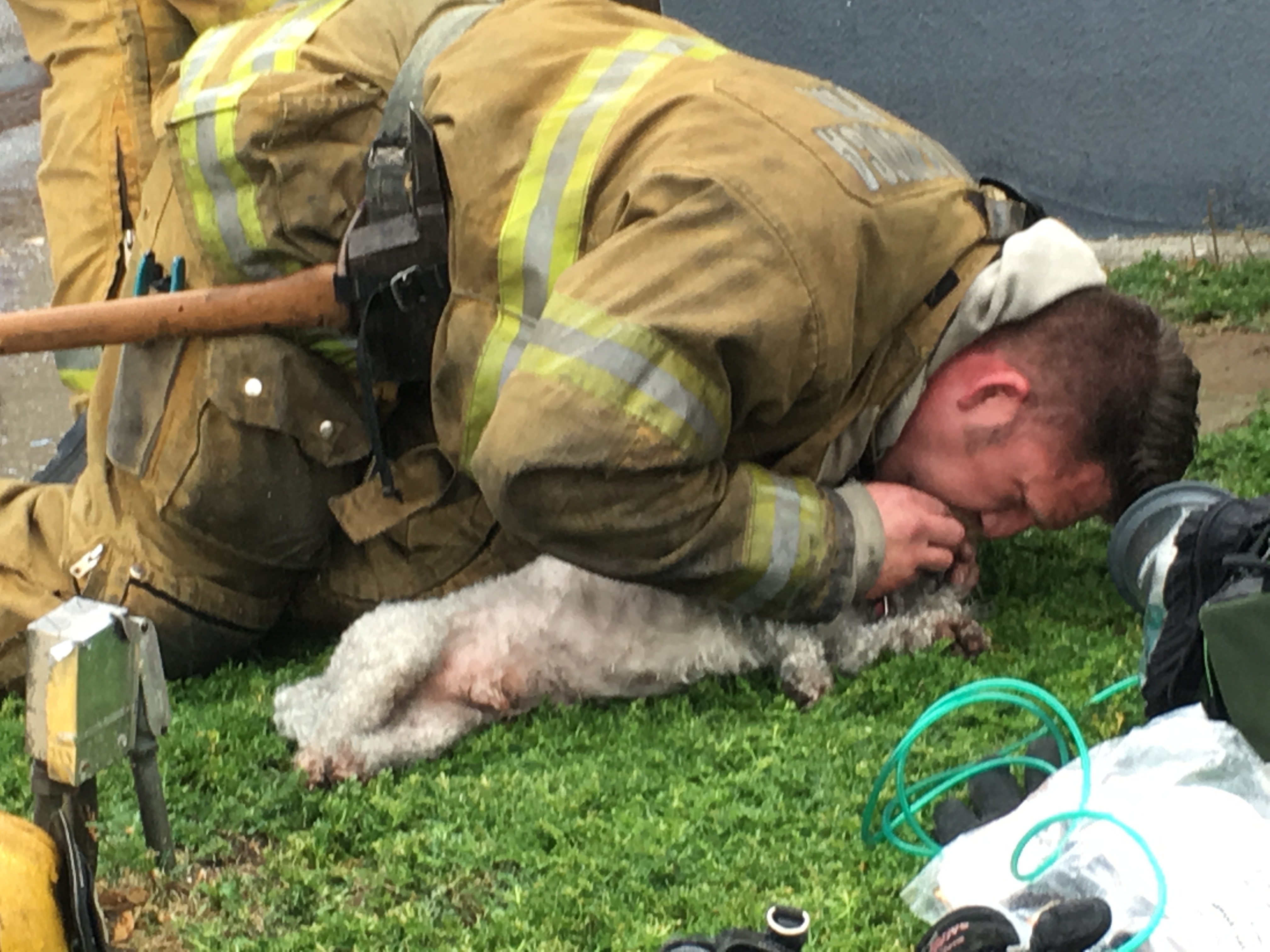 Santa Monica firefighters managed to put out a kitchen fire in an apartment building Tuesday afternoon while saving the life of a dog that had become unresponsive due to heat and smoke exposure.

At about 4 p.m. Tuesday, firefighters responded to a call about a building fire near 7th Street and Pico Boulevard and upon their arrival found an single-story apartment building with “a rapidly growing fire” in one of the units, according to Santa Monica Fire Department officials.

“Engine Company Firefighters quickly performed an aggressive interior fire attack, while Truck Company Firefighters placed ladders and ascended to the roof to cut a ventilation opening to allow for the release of superheated smoke and fire gasses. Efforts were successful in confining the fire to the kitchen and storage room area of the apartment, and preventing further fire extension and property damage to adjacent units,” SMFD officials said.

During a search of the apartment for victims, no humans were found, but a dog that had become unconscious was rescued.

According to officials, firefighters performed CPR on the dog and administered oxygen to the animal through a “Pet Oxygen Mask.”

“After 20 minutes, the dog began breathing on its own and regained consciousness, even regaining the ability to walk around,” officials said, noting that the dog was transferred to a local animal hospital for further treatment. 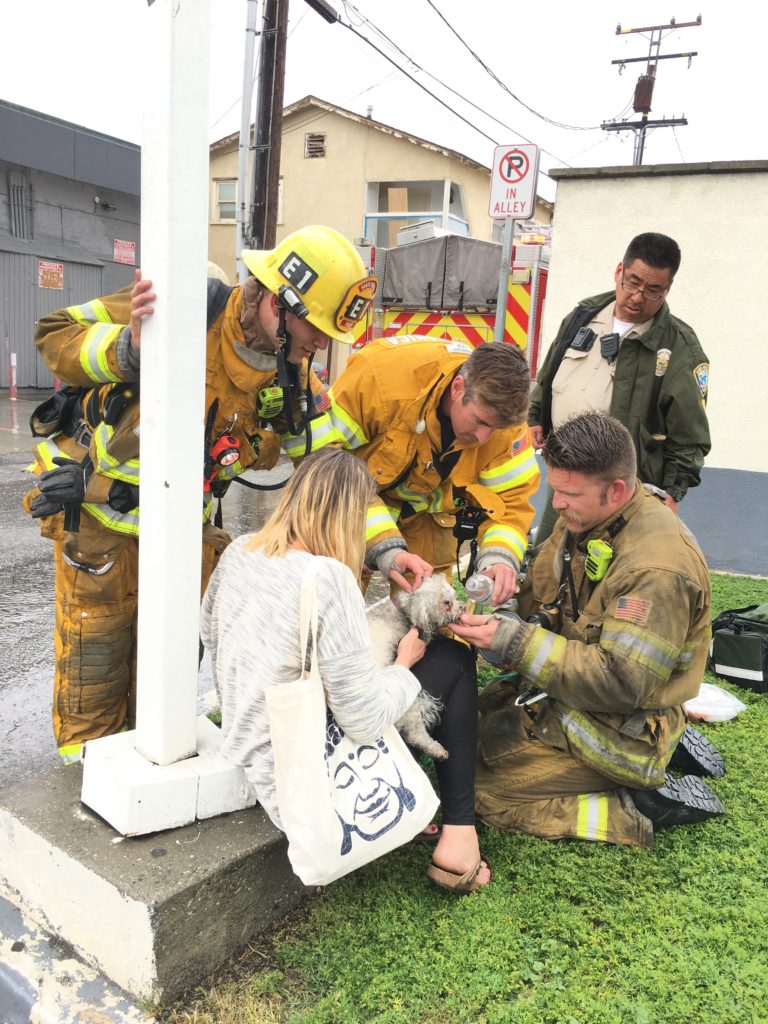 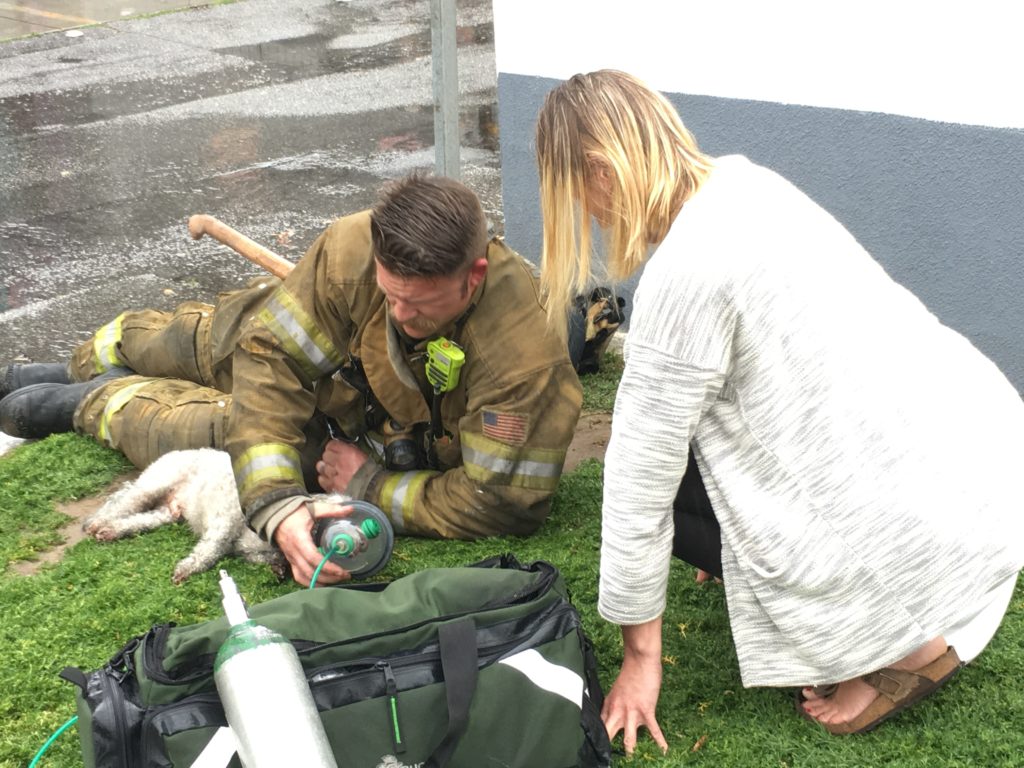