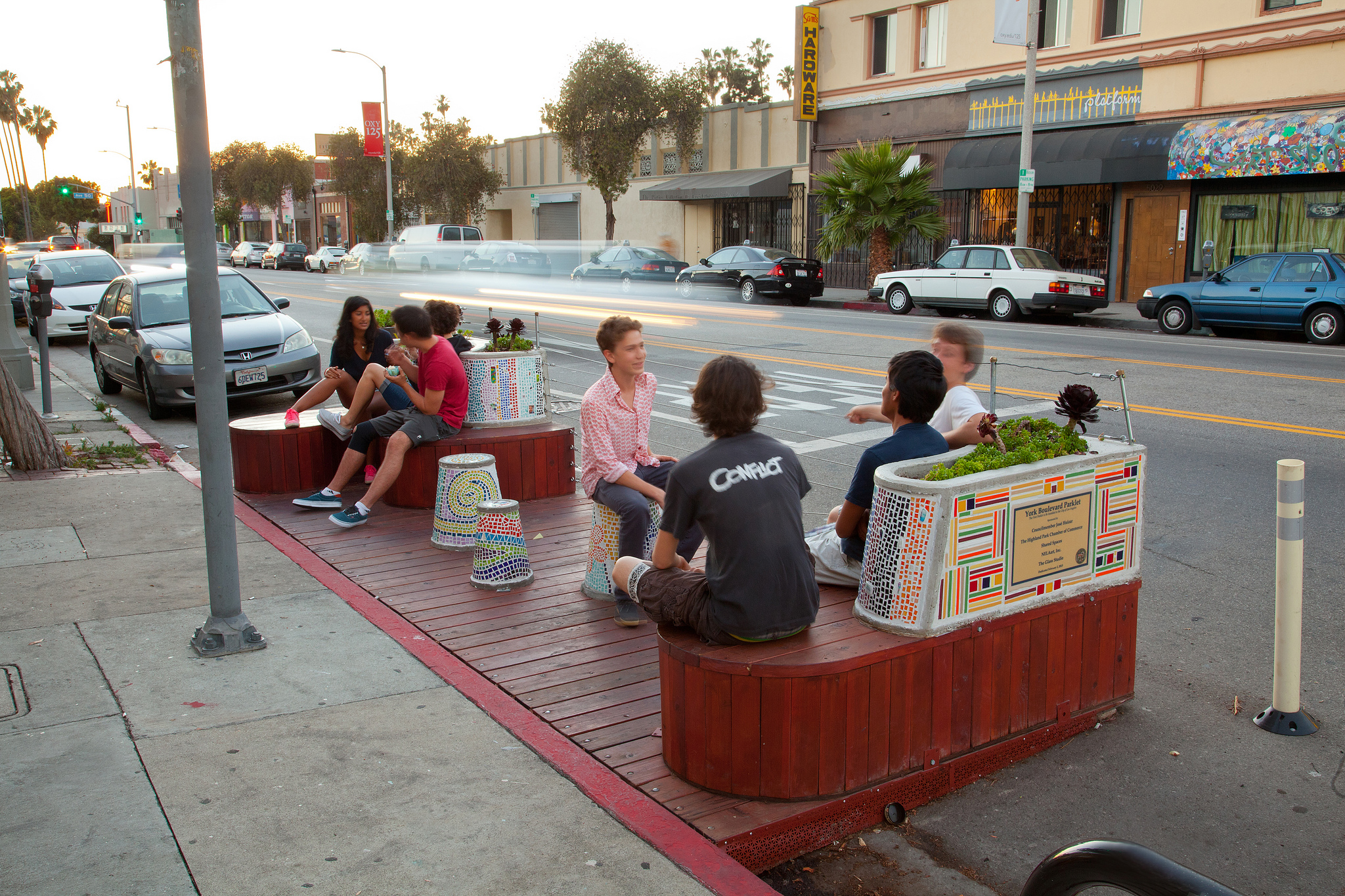 In November 2015, the Santa Monica City Council voted to approve plans for parklets at three locations on Main Street. According to a recent staff report, those parklets should be ready by July this year, just shy of two years after they were approved.

The staff report, which will be considered at Tuesday’s Council meeting, is actually about refining Santa Monica’s ordinance prohibiting smoking in parks to include the three parklets, but the report also contains a tentative timeline for their completion.

According to the timeline, the three parklets — located in front of Finn McCool’s, Ashland Hill, and Holy Guacamole on Main Street — are scheduled to start construction next month. They will be the city’s first, but hopefully not last.

For those wondering what a parklet is, the staff report spells it out.

“Parklets are sidewalk extensions that provide more space and amenities for public use of the street,” the staff report reads.

“The Main Street parklets would be created from the conversion of two on-street parking spaces and would extend out and be at the same grade as the sidewalk,” according to the staff report. “The parklets would be made of wood platforms and include a built-in standing counter, built-in seating, planter boxes, railings, bike parking, and other features necessary to traffic safety.”

Back in November 2015 when the parklets first went before Council for approval, the staff report noted that it was only a year-long pilot program.

“The pilot would be a public experiment with the Main Street community to temporarily test this new concept in the public realm,” according to the 2015 staff report. “The parklet design would be temporary and easily reversible, should the pilot demonstrate the need for design changes.”

Not exactly the most enthusiastic endorsement.

Still, in 2015, staff had recommended two sites for the experiment and the City Council opted to go with three, suggesting a less conservative approach than what was outlined in the 2015 staff report.

“Parklets (transforming small urban spaces such as on-street parking stalls into public space and/or landscaping) has become increasingly common across America, but has not yet been authorized in Santa Monica,” according to the 2015 staff report. In that report, city officials point to the success of parklet programs in San Francisco, Portland, and Seattle.

Long Beach implemented the first parklets in Southern California. Los Angeles has also used parklets to activate streets throughout the city, including in downtown L.A., and on York Boulevard and Motor Avenue.

Santa Monica’s parklets would maintained by the businesses outside of which they are located. Though the restaurants are prohibited from using the parklets for table service, diners can post up and eat take-out orders there.