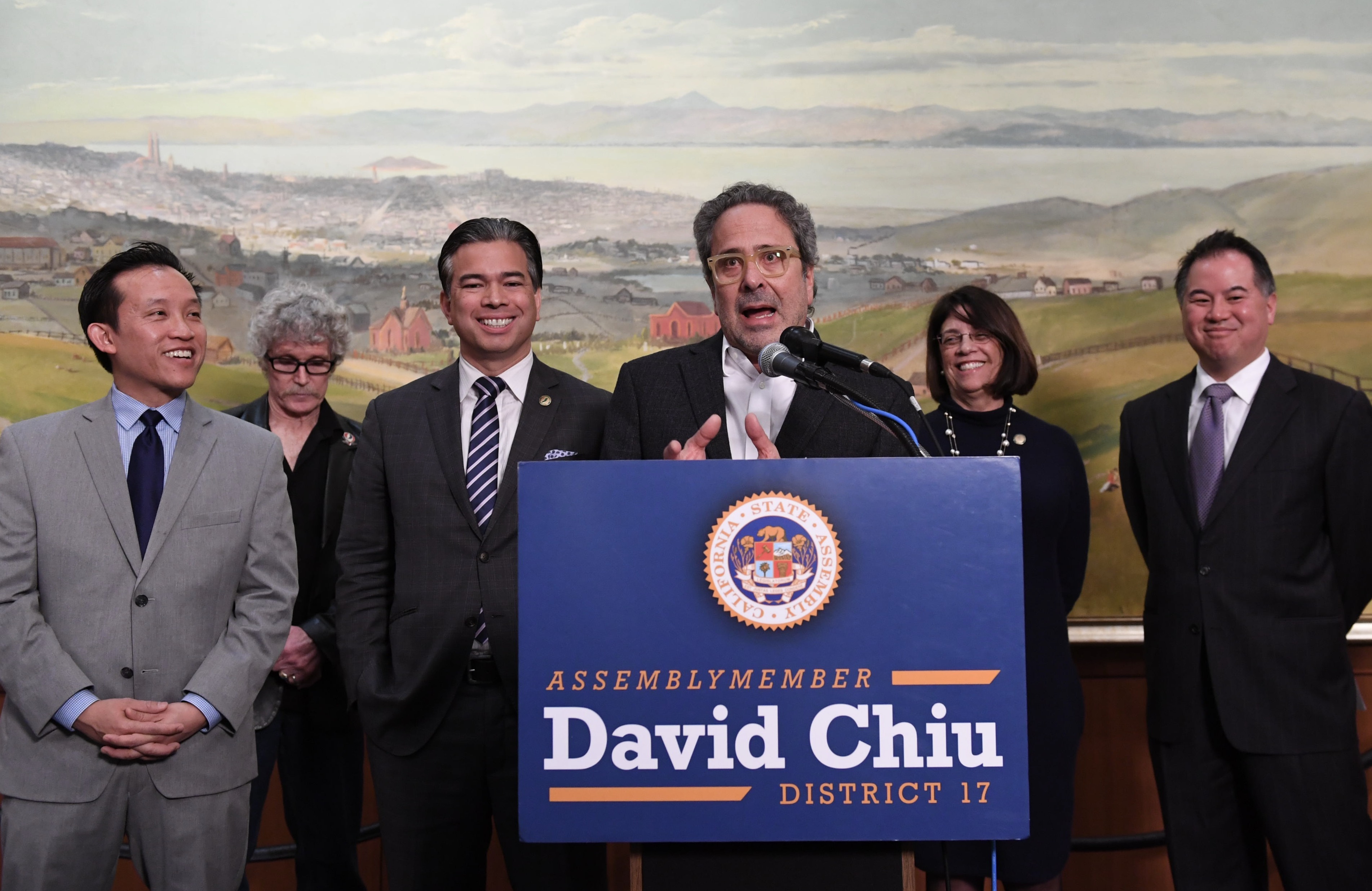 “I believe that this year legislatively, we’re going to make a big difference and begin to bring an end to the housing crisis that has long been plaguing our state,” said Assemblymember Richard Bloom (D-Santa Monica), who has himself submitted 11 bills meant to help combat the state’s chronic housing shortage.

Chiu, in whose district the conference was held, echoed Bloom’s sentiments.

“We must act this year in Sacramento to take on California’s affordable housing crisis,” said Chiu in a press release Friday.

“San Francisco is often seen as the epicenter of the crisis, but skyrocketing rents and home prices affect every part of the Golden State. There is no one solution that will make housing affordable, so we need a variety of strategies. I appreciate the participation of my colleagues in the robust hearings that we’re holding around the state to consider solutions,” he said.

Chiu has signed on with one of Bloom’s bills, AB 1506, which, if it passes, would put an end to the 1995 state law, the Costa-Hawkins Rental Housing Act. When it went into full effect in 1999, required that rent controlled jurisdictions allow property owners to raise rents on units after they had been vacated by the last original occupant, a practice that had been prohibited by strict rent control laws in Santa Monica, West Hollywood, Berkeley, Cotati, and East Palo Alto. After the new tenant moves in, the rent is then again controlled but at the new rate.

Chiu also signed on to another one of Bloom’s bills, AB 1505, which affirms the authority of local jurisdictions to require for-profit developers to include a certain amount of permanent affordable housing.

The bill address a 2009 ruling in California superior court that said jurisdictions couldn’t require developers to include below market-rate housing because it was in contradiction to the Costa-Hawkins law.

Chiu’s office noted in its press release that since the two-year legislative season began in December, more than 100 housing related bills have been introduced in the State Assembly and that California’s State Senators have introduced at least 30 bills also related to housing, including SB 35, introduced by first-term State Senator Scott Wiener (D-San Francisco).

“Quality of life is diminished as more and more of our incomes are poured into housing costs,” Bloom said Friday. “We need legislation that delivers long-term sustainable funding for housing and that lowers infrastructure costs and other barriers to construction of affordable housing.”

Meanwhile, the largest city in California — and second largest in the country — is getting ready to vote on whether to further restrict the amount of new housing that can get built. On Tuesday, March 7, Los Angeles voters will decide whether to implement Measure S. If it passes, Measure S would place a two year ban on changes to zoning for individual projects, essentially putting a moratorium on a significant number of new housing projects, including affordable housing and permanent affordable housing for people struggling with homelessness.

The measure also mandates the city to update its neighborhood plans. Though the city has attempted updates of these plans in the past, they have regularly been stalled by the same litigious anti-growthers that are pushing Measure S. Further coverage of Measure S can be found here by Sahra Sulaiman, Brian Addison (twice), Christopher Hawthorne, Shane Phillips and the Bicycle Coalition’s Carol Feucht. Streetsblog and Santa Monica Next has taken an official position endorsing a no vote on Measure S.

Especially worth noting for Streetsblog readers is that Measure S also makes it impossible to reduce parking at new projects by more than one-third of what code requires.

A similar measure (Measure LV) was floated in Santa Monica, which borders Los Angeles to the west, but was ultimately rejected by voters in November.

Many California cities have made it increasingly harder to create new homes even without draconian ballot measures over the last 30 years, resulting in a significant deficit of housing and constantly-rising rents and home prices.

In Los Angeles, for example, there was widespread downzoning in the 1980s and 1990s that saw L.A.’s planned potential population capacity shrink from about 10 million people to about 4 million people. In Santa Monica, Bloom’s home town, during the last four years, community opposition  have killed at least five projects that would have added a total of more than 1,000 new homes to the city without displacing any current residents.

The result has been a major uptick in displacement of lower-income households farther and farther from transit access and jobs.

No single state action will be able to undo decades of anti-development policies in California. It is also unlikely that significant sustainable growth policies will come from local jurisdictions any time soon. If local municipalities do not fix the worsening crises, then it becomes critical that leaders in Sacramento step in to improve the situation.