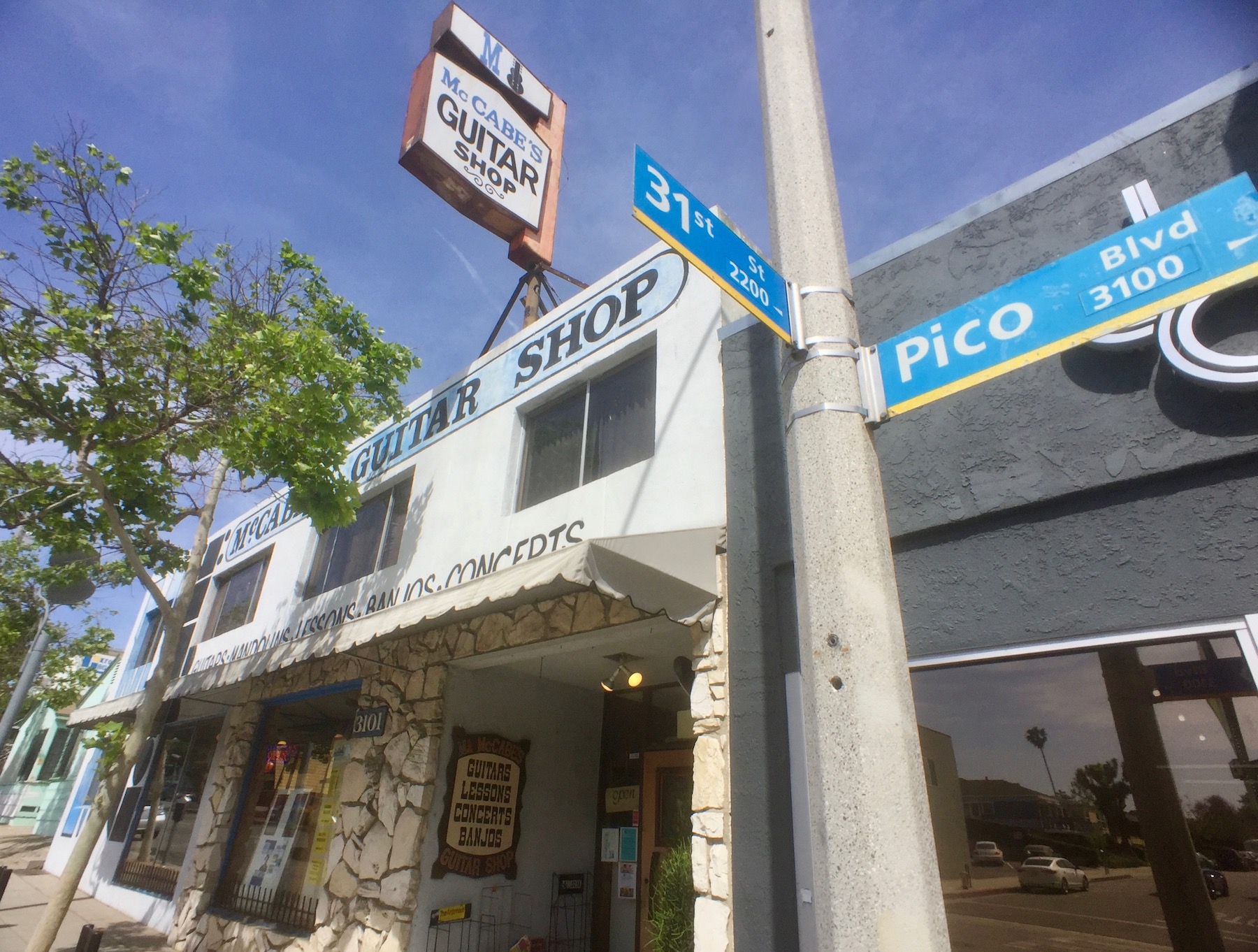 The colorful mural painted on two long concrete walls under the Santa Monica Freeway along the Stewart Street underpass in Santa Monica tells the story of the Pico neighborhood surrounding it.

The mural was created in 1983 by Ann Elizabeth Thiermann. It references many cultural resources important to the community, including the Edison Language Academy and Virginia Avenue Park, as well as pivotal moments in the neighborhood’s history.

In one poignant scene, hands stretch across the Santa Monica Freeway, attempting to bridge the community gulf created by the opening of the highway in 1966, a project that displaced many residents and split the neighborhood in half.

More than three decades after the mural was dedicated, a new project is underway to tell the story of the Pico neighborhood in a more modern, digital format.

Called Culture Mapping 90404, and developed by the 18th Street Arts Center in Santa Monica, the project is essentially a website with an interactive map that pinpoints sites throughout the community where key cultural assets are located.

The launch of Culture Mapping 90404 will be this Saturday at the 18th Street Arts Center, which is hosting a Pico Block Party to celebrate.

The event will include music and dance performances as well as workshops. Several artists housed at the center will open their studios during the event, which takes place from 1 to 5 p.m.

There also will be several presentations throughout the afternoon about the mapping project, including a screening of the project videos and an exhibit of the photos included in it.

The Culture Mapping Project effort began last summer with workshops provided by the Alliance for California Traditional Arts, an organization that acts as a resource to promote traditional and folk arts throughout the state. The group helped train people at the 18th Street Arts Center how to document each cultural resource and how to conduct interviews and create videos to produce content for the project.

That led to the creation of the website and cultural map, which now has about 50 markers on it of culturally significant locations.

Site visitors can click on any marker on the map and an information box pops up that has more details on the cultural assets, along with short videos of community members talking about that resource.

One interview included in the culture map features longtime community member LaVerne Ross, who arrived in the Pico neighborhood in 1957 when she was a teen.

“That was still the Jim Crow years in the South and some of it spilled over into other states and other cities. You could feel tones of it here in the city of Santa Monica,” Ross says on the video.

Ross also discusses the devastating effects of the opening of the Santa Monica Freeway on the local African-American community. She said that 1,700 residents were displaced by the project.

“It was a very unhappy period for the African-American community,” she says.

Another video features Ralph Rocha discussing his membership in the local low rider club, the Westside Originals. He says that during the 1980s when he first got involved, he would drive around in his low rider car and was constantly pulled over by the police. “They just associated you with a different type of lifestyle. As soon as they saw you, they would pull you over,” he says on the video.

He got so many tickets that he gave up his low rider car for a time. But he got back into it. Today, he says, the low rider movement is more accepted by the overall community.

“It’s really gone family, and it’s going in the right direction and being more accepted for what it is.”

The mapping project defines a cultural asset as any person, place, event, or organization that defines the identity of the Pico neighborhood, which stretches from Centinela Avenue to Lincoln Boulevard, and from Pico Boulevard to Wilshire Boulevard.

Assets on the map range from McCabe’s Guitar Shop, which opened in 1958, to Gilbert’s El Indo restaurant, which debuted on Pico Boulevard in 1974. Other community resources of note range from the Busy Bee Hardware store on Santa Monica Boulevard to the Yum Yum Donuts shop on Pico Boulevard.

The map can even include resources that are no longer there, so called “ghost sites,” as long as they were at some point significant to the community. One such marker is included for the Casillas Market, since displaced and once located at 1920 Olympic Boulevard.

“It’s defining culture, maybe not in a traditional way of just music and arts, but the culture that keeps a community running and vibrant and alive,” says Betty Marín, coordinator for the culture mapping project. “It could even be a church, a park, or a grocery store that people counted on.”

Marín said that the goal of the project is to map out 100 community resources. Community members are encouraged to suggest new resources by going to the site and clicking on a link to add new assets.