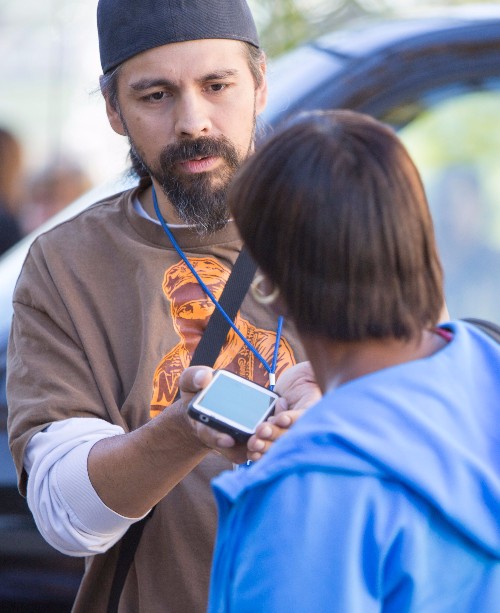 Santa Monica College (SMC) is pleased to announce that its student-run newspaper The Corsair and student journalists have won several awards from the Journalism Association of Community Colleges (JACC) and the Press Photographers Association of Greater Los Angeles (PPAGLA).

The Corsair newsroom won 6 awards from the JACC at its state convention in Sacramento on March 31, including general excellence for the print and online editions. About 40 community colleges competed for the JACC awards, which represents the best of student journalism from California community colleges.

Lopez documented the rallies and demonstrations related to the 2016 presidential campaign, sometimes working 22-hour days and following protest marches for miles. Last fall, Lopez won an Award of Excellence in the College Photographer of the Year (CPOY) international student photojournalism competition in the Spot News category.

“I enjoy the high pace of it. The energy really captivates me,” said Lopez. “It’s powerful… showing people what’s really going on out there.”

“We are excited to see our journalism students recognized by such esteemed organizations in the journalism industry for their exceptional work,” said SMC Journalism Professor Ashanti Blaize-Hopkins, the current Corsair advisor. “It’s a testament to their dedication and hard work in the classroom and as staff at The Corsair newspaper.”

The Corsair staff produces a weekly newspaper in the spring and fall semesters and also maintains an online news site, thecorsaironline.com.

*Editor’s Note: Saul Rubin is also a regular contributor to Santa Monica Next.