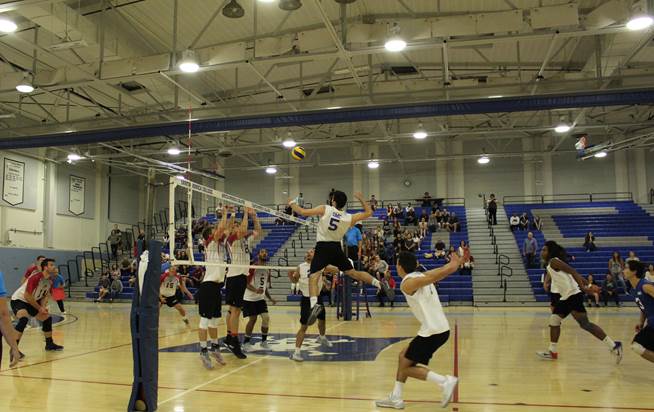 Santa Monica College (SMC) is pleased to announce that the SMC Corsairs Men’s Volleyball Team—currently the 4th-ranked team in the 2016-2017 California Community College Athletic Association (CCCAA) playoffs—defeated #5 seed Los Angeles Pierce College in the first round, advancing to the semifinals or the “State Final Four”. The semifinal victory took place on Friday, April 21 in the SMC Pavilion on the college’s main campus.

“This was a hard fought match,” said SMC Volleyball Head Coach Jackson Metichecchia. “It was not the cleanest volleyball match as Pierce put forth a great defensive effort.  Both teams showed streaks of really good volleyball—but thankfully, in the end, we were on the right side of the scoreboard.”

Andrew Dalmada led the way for the Corsairs with 17 kills, hitting 344 and adding four blocks. This is the fourth straight year the Corsairs have earned a trip to the State Final Four.

The SMC Corsairs will play #1 seed Orange Coast College at 7:30pm on Thursday, April 27 at Los Angeles Pierce College. The other semi-final match will be played between #3 seed Long Beach City College and #7 seed El Camino College at 5:00pm on the same day. The final championship game is scheduled to be held on April 29, also at LA Pierce College.