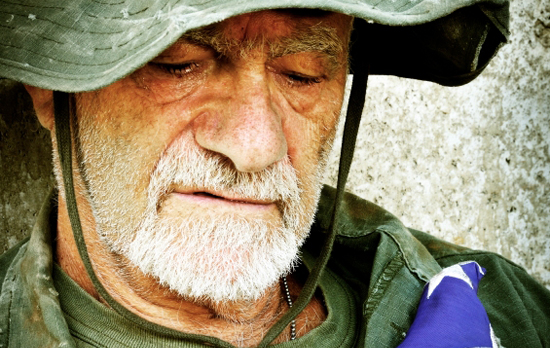 Santa Monica released the results of this year’s annual city-wide homelessness count Tuesday, showing a major uptick in the number of people struggling with homelessness in the city, underscoring the growing regional housing affordability crisis.

Officials released the results Tuesday night at the Santa Monica City Council meeting, revealing that over the course of one night in January, volunteers counted 921 people sleeping on the streets, in their vehicles, or in shelters. That was a 26 percent increase over the 728 people volunteers counted in 2016.

The count is actually the highest it has been since Santa Monica started its annual city-wide count in 2009, when volunteers counted 912 people experiencing homelessness. In the intervening years, the numbers had dropped significantly.

“The significant increase since last year demonstrates that the [c]ity is directly impacted by the regional homelessness crisis,” city officials said in a press release Tuesday. “Last year, the regional count reported in excess of 46,000 people experiencing homelessness and 76 [percent] living on the street.”

Human Services Administrator Margaret Willis said that the L.A. Metro area has had a rental vacancy rate of three percent, which indicates a significant shortage of housing relative to demand.

Among those surveyed, a staggering 84 percent of those making less than $90,000 a year said they had worried about losing their homes and becoming homeless as a result, the L.A. Times reported last year.

Important programs that keep lower-income people housed, like Section 8, which uses (increasingly uncertain) federal dollars to subsidize lower-income renters in privately-owned units, aren’t enough to keep up with rents that are artificially inflated by the overall lack of available housing.

“[H]ousing is key,” Willis said. “All the outreach and treatment and case management in the world doesn’t pay truly pay off unless there is housing.”

“And when you dig into reports of communities where homeless counts are declining, most report significant increases in housing capacity. Long Beach, for example, reported a 21 [percent] reduction in 2017 over 2015,” she said.

The city has recently taken some steps to help keep people at risk of becoming homeless in their homes, including working with federal officials to strengthen the Section 8 voucher program in the city, as rents in Santa Monica skyrocket due to decades of underbuilding housing and growing demand to live here.

In 2016, Santa Monica approved 380 new units. The vast majority of them, 318, were part of one project that took several years to negotiate and will likely take several more years before they come online. The project, 500 Broadway, included 249 market-rate units and 64 deed-restricted affordable units located a couple of blocks away, a result of Santa Monica’s inclusionary housing rules that require developers to provide affordable housing when they build new, market-rate housing.

Since 2012, Santa Monica lost out on at least 1,000 units, all proposed in projects that would have redeveloped outmoded commercial or industrial properties, as a direct result of local opposition.

And the city is currently looking at passing a plan to reduce development standards in the downtown area, potentially further limiting housing growth in one of the remaining places in the city where housing can be built without displacing existing residents.

Of course, housing alone won’t be enough to solve homelessness. Many people struggling with homelessness also deal with chronic mental illness and require support services. Service providers say these must be paired with housing. An example is the Step Up on Colorado Kaufmann building, which puts 32 homes for formerly homeless people in the service-rich area of Downtown Santa Monica.

The city of L.A. passed Measure H in November, which will raise $1.2 billion for supportive housing projects, and L.A. County voted to approve Measure HHH, which will provide an influx of money for supportive services for people struggling with homelessness.

Santa Monica, officials say, continues to focus on the most vulnerable people living on the streets, namely the chronically homeless and mentally ill.

But for those who are not struggling with mental illness but simply living on the economic edge, Willis said, “affordable housing and livable wage jobs are key to the success for these households, as they will need to be able to afford rent on their own after the assistance ends.”