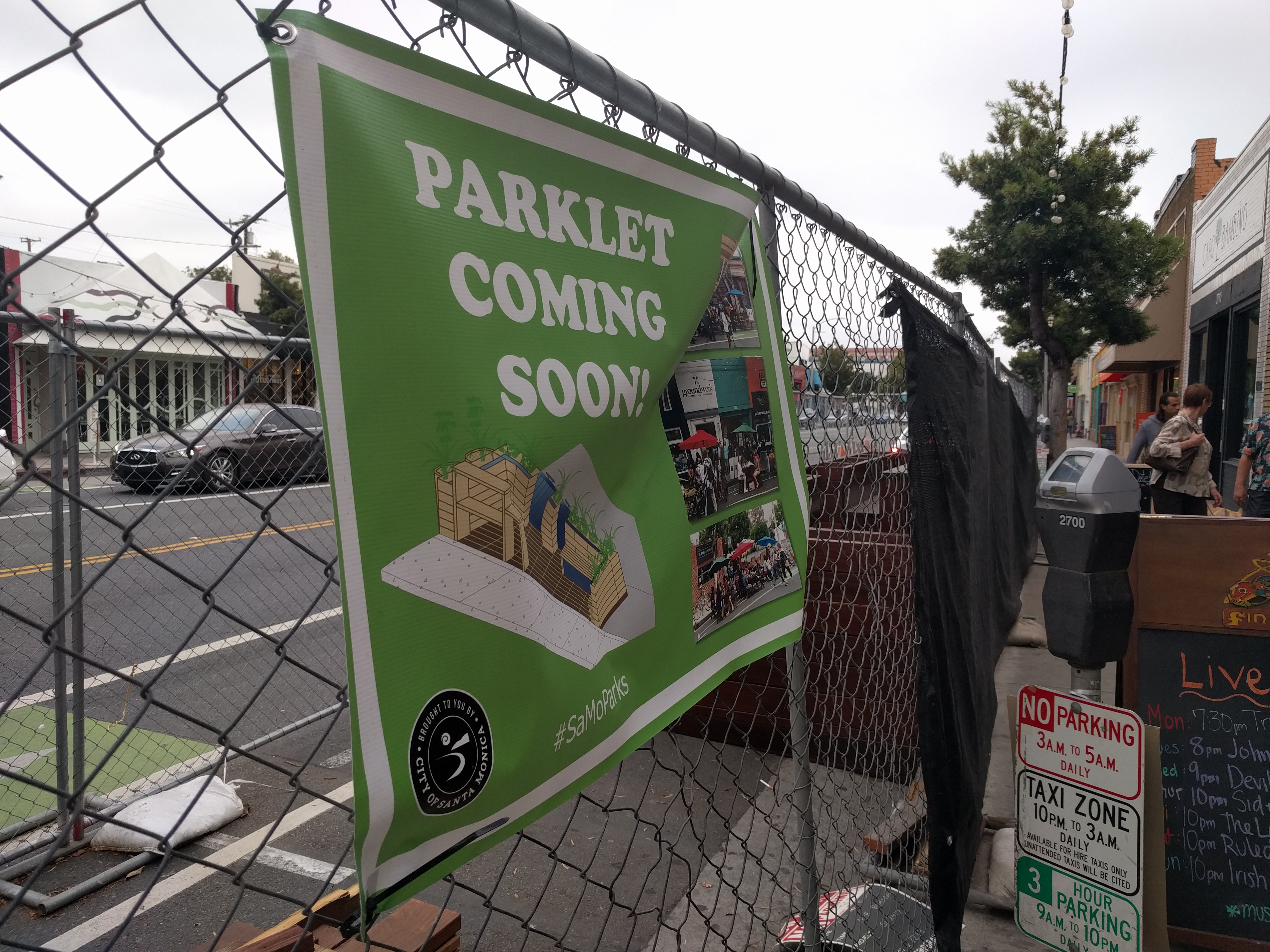 The construction fencing may still be up, but three parklets are taking shape on Main Street in Santa Monica.

At the corner of Ashland and Main Street, dark wooden benches are popping up in front of Finn McCool’s. The new seating area is one of three parklets the City Council approved last year as a pilot project to improve the pedestrian experience on the sidewalk on Main Street, giving visitors to the bustling street full of shops, restaurants, and bars.

The parklets are on schedule to open in late June, according to the city’s Facebook page, which posted the following photo of the parklet going up in front of Sunny McClean’s.

“Parklets are sidewalk extensions that provide more space and amenities for public use of the street,” according a staff report the Council heard in March.

“The Main Street parklets would be created from the conversion of two on-street parking spaces and would extend out and be at the same grade as the sidewalk,” according to the staff report.

“The parklets would be made of wood platforms and include a built-in standing counter, built-in seating, planter boxes, railings, bike parking, and other features necessary to traffic safety,” the report read.

Of course, as with all things new in Santa Monica, city officials are wading into the projects with clearly-stated caution.

Back in November, 2015, when the parklets first went before Council for approval, the staff report noted that it was only a year-long pilot program.

“The pilot would be a public experiment with the Main Street community to temporarily test this new concept in the public realm,” according to the 2015 staff report. “The parklet design would be temporary and easily reversible, should the pilot demonstrate the need for design changes.”

Long Beach implemented the first parklets in Southern California. Los Angeles has also used parklets to activate streets throughout the city, including in downtown L.A. Both San Francisco and Portland, Oregon have had tremendous success implementing parklets.

Santa Monica’s parklets would maintained by the businesses outside of which they are located. Though the restaurants are prohibited from using the parklets for table service, diners can post up and eat take-out orders there.