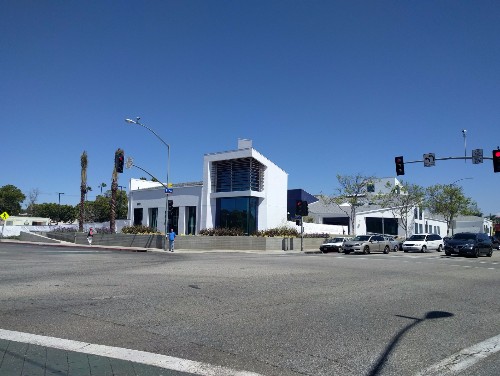 The Westside’s first Whole Foods 365 has got an opening date now.

According to Whole Foods 365 reps, the the high-end grocer’s more affordable chain will open its Santa Monica location at the northeast corner of Pico and Cloverfield on August 9.

The location will also have a Groundwork coffee bar and Asian Box street food venue, according to the company’s reps.

“This new location gives us an opportunity to bring the Santa Monica community the best of Whole Foods Market 365 with a streamlined shopping experience focused on quality and value, plus two amazing Friends partnerships,” he said.

Santa Monica will be Whole Foods 365’s second location in Southern California after the Silver Lake location, which opened in 2016.

As Next reported in April, the site of the store is across the street from Virginia Avenue Park, where there is a weekly Farmers Market on Saturdays.

Still, the property the store is opening on — a former office park — has a history. Five years ago, plans were filed for a new apartment building that would have added more than 150 new units, some of which would have been dedicated lower-income units, to the neighborhood.

However, opposition by some members of the community over what they said were concerns about gentrification killed the project. The developer withdrew the project and sold the land.

Since the store is simply reoccupying the existing commercial building there, it is a much easier process than redeveloping the property as an apartment building. The latter process is lengthy, expensive, and unpredictable because it requires years of public outreach, vetting by various appointed government bodies, including the Planning Commission, and ultimately approval by the City Council. The former simply requires a city official to sign off the plans after assuring they are up to code.

The site was only one of several commercial sites since 2012 where no-growth activists managed to kill new housing projects. Those unbuilt apartment buildings would have added roughly added 1,000 new homes to the city, a certain percentage of which would have been required to rent to lower-income renters and reduced rents by the city charter.

All the while, the city remains at the epicenter of a housing affordability crisis precipitated by a regional shortage.