Home Housing What Would Arcadia Do? 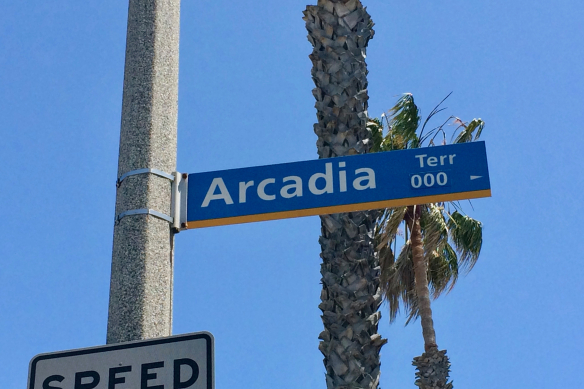 Let me begin my further ruminations and fulminations on the Downtown Community Plan (DCP) with a quibble, namely the failure to include in the DCP’s historical background section mention of Arcadia Bandini de Baker as a founder of Santa Monica. The DCP identifies as founders only Arcadia’s husband, Col. Robert Symington Baker, and Nevada Sen. John Percival Jones, while arguably Arcadia was the most important of the three for Santa Monica’s history. (I don’t mean to offend the dignity of Señora de Baker, but I’ll take the liberty of using her first name, since in her day she was well known by it.)

Arcadia was enormously wealthy. She was rich not only from being a member of a Californio land grant family, but also from what she had inherited from her first husband, Abel Stearns, perhaps in his day the richest man in southern California, and from her own business acumen. A true California, Arcadia never spoke English, at least not in public, conducting all her many business dealings in Spanish.

It’s true that Baker, whom Arcadia married in 1875, had acquired the land that would become Santa Monica before their marriage, and he owned it when, a few months after he and Arcadia married, he and Jones (who brought the railroad to Santa Monica), sold the first lots at auction. Arcadia, however, was right there, involved in designing how the town was subdivided, making sure there was land for schools, churches and parks. Even more significant, in 1877 Baker sold the land to Arcadia and Jones and it was those two who then formed the Santa Monica Land and Water Company. Later, Arcadia collaborated with Collis Huntington when he built the Long Wharf and tried to make Santa Monica the region’s great port.

Arcadia lived out her days in a mansion on Ocean Avenue (near her friend, Georgina Jones) and was a great philanthropist. She and Senator Jones donated the land for Palisades Park, the land for the Westwood veterans home, and land for other public purposes. When she died in 1912 she left a fortune estimated at between eight and fifteen million dollars, the equivalent of hundreds of millions today. In her lifetime and after she was known as the “Godmother of Santa Monica.”

Unfortunately, the DCP is not the only place where the City has recently neglected Arcadia’s legacy. Last month the City installed historical pavers in the sidewalk on Fourth Street north of the downtown Expo station, and they name only Jones and Baker as Santa Monica’s founders.

Maybe the omission from the DCP of one Latina from Santa Monica’s history is a small thing when the document is, after all, about the future not the past. Overall the DCP’s historical section (pp. 60-65) is a fair retelling of the booms and busts of downtown. The omission of Arcadia, however, strikes me as a melancholic symbol of how cramped our thinking today is about our future.

Santa Monica has always been a dynamic place, always changing, with residents willing to face the future with open and optimistic eyes. While to some extent the DCP itself acknowledges this history, it is, as I wrote previously, a political document, and the politics it responds to are the politics of fear.

Few experienced in their lifetimes more change than Arcadia. She was born on a Mexican rancho in 1827, and died in “L.A.” in 1912. Consider the changes Arcadia experienced and the challenges they must have created, and how she dealt with change and responded to challenges: namely, with foresight, industry, and optimism. (I suspect she was optimistic until the end, since she died without a will, setting off an epic battle over her estate!)

Compare the magnitude of the changes Arcadia confronted to the mere possibility of incremental, even trivial, changes today that cause so much fear and panic. How many times have we heard angry residents declare and demand they have a right not to have their city change from what they bought into 30 years before, when what’s on the table is a 5% increase in our housing stock over 20 years?

Think of how much time and money and angst have gone into the DCP, and before the DCP the LUCE, and we’re not yet done 13 years into the whole combined process. And for what? The DCP will affect only about 20% of the land in downtown, if that, and the political arguments are over the margins. Should the basic height limit be 60 feet, or 84? Should the Tier 2 FAR be 3.25 or 3.5? Should the threshold for development agreements be 60,000 square feet or 100,000? Should Tier 3 developments be allowed beyond a few blocks near the Expo station? Even the arguments over the “large” sites are small potatoes when looked at in the context of all of downtown.

Unfortunately, the DCP reflects our politics by seeking a low common denominator. It’s no accident that Residocracy’s Armen Melkonians says he likes the plan. It’s a plan drafted to appease a minority of Santa Monicans who blindly fear change.

I say “blindly” because the anger is incoherent. As a result, responding to incoherence, the DCP lacks logic. The DCP aims to please people not with a logical vision for the future, but by shaving down reasonable development standards for no reason other than appeasement.

Why do I say the “No” element in Santa Monica politics is incoherent? Consider: