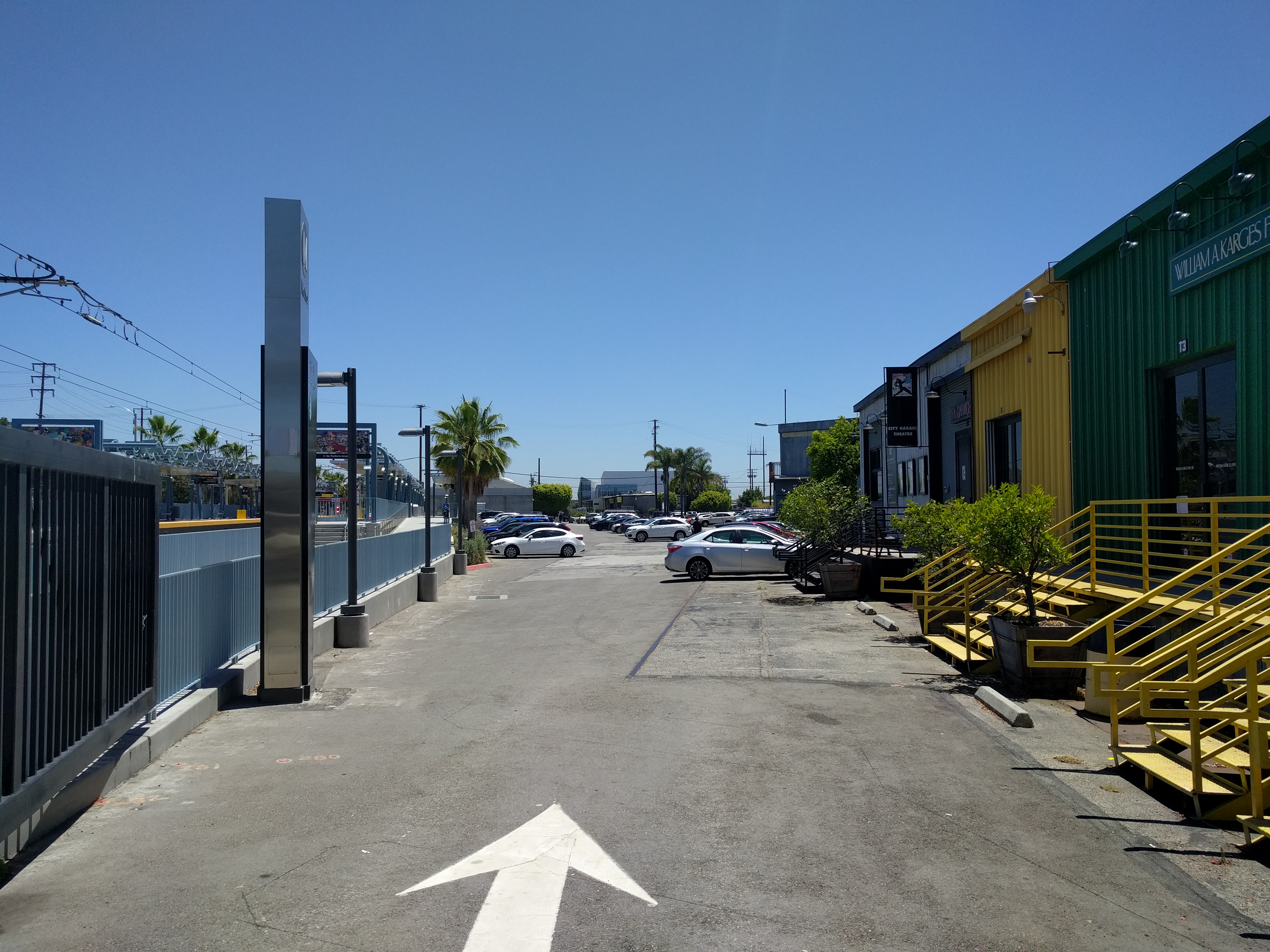 The already three-year-long process of revitalizing Bergamot Arts Center, the five-acre parcel of city-owned land directly adjacent to the Expo 26th Street Station, will move forward after the City Council voted 5-to-1 Tuesday to support preliminary plans for the site.

Those plans include a space for a museum, a 120-room hotel, and about 75,000 square feet of space for galleries, nonprofits, and other arts related uses on the site, which is currently home to about two dozen for-profit fine arts galleries and a handful of nonprofit arts spaces. As part of the motion, the Council called for city staff and the developer team working on the project to explore the possibility of reducing the amount of commercial office space proposed in the project.

The need to overhaul the site is two-fold. The arrival of the Expo light rail train has made it necessary to upgrade the property, which has remained largely unaltered over the last 30 years and the fact that the rents from the site — since the city bought it three decades ago with transit dollars — help fund Big Blue Bus operations, which keeps fares among the lowest in the region, so the city needs to increase revenue from the site to help stave off future fare increases.

“This is public land,” said Santa Monica City Councilmember Gleam Davis Tuesday. “To me, what’s important about Bergamot is the three ‘As.’”

By that, she meant, “art,” “affordability,” and “accessibility.”

“If the arts are going to survive in this world, then we need to build a love of the arts in everyone. It can’t just be for a privileged few,” she said.

She was jeered by some in the audience when she explained that adding a hotel to the site was important not only from a revenue perspective.

“The hotel in particular is a real symbol of social justice at this site,” she said as she was audibly interrupted by some in the audience. ”It will create good paying jobs in this community, union jobs.”

Councilmember Kevin McKeown noted that several members of the Arts Commission, including the chair, had turned out that evening to speak in favor of the preliminary proposal.

In fact, members of the Arts Commission had penned a letter on Monday pointing out that three years of process had led to refinement of the preliminary plan into one that prioritized the preservation of the arts at Bergamot.

That process started in 2014 when the City Council tapped Worthe Real Estate Group out of three teams competing to spearhead the project.

To address concerns by gallerists and other tenants of Bergamot Arts Center, the city pulled together a working group, composed of Bergamot tenants and other stakeholders, to help refine the preliminary proposal.

The group was made up of 11 people. Initially, the group voted to recommend a hotel on the site, then narrowly rescinded the recommendation at its next meeting.

The most vocal opponents to proposed changes to the city’s property are a handful of gallery owners there and many of them turned out Tuesday to speak. Public testimony, which also included plenty of support for the proposal, lasted about three hours.

A number of the opponents have claimed that even though Council direction has been to assure that revitalization plans make the preservation of gallery spaces a top priority, any changes would disrupt their business and drive them out.

The Worthe team has made it clear that preserving arts uses at the site is a top priority.

According to a press release issued by the city Wednesday morning, the City Council’s vote Tuesday did the following four things:

Only Councilmember Sue Himmelrich opposed the motion because she questioned the need for a 120-room hotel after having mused about the possibility of one with fewer rooms.

McKeown noted that the difference in revenue to the city — and the transit system — between a 100-room and a 120-room hotel was about a quarter of a million dollars annually and argued that shouldn’t be left on the table.

With direction from the City Council, the Worthe team will now begin the lengthy public process of solidifying design plans and eventually presenting the City Council with a development agreement.

The whole meeting can be seen on the city’s YouTube channel.