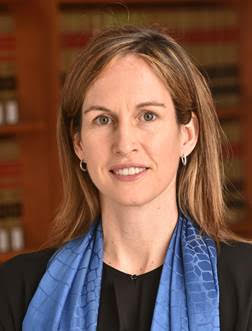 At the Santa Monica City Council meeting on Tuesday, June 27, 2017, Council announced the selection of a new City Attorney, Lane Dilg. The City Council conducted a nationwide search for the key position after long-time City Attorney Marsha Moutrie retired last December after 22 years of service. Joseph Lawrence has been serving as interim City Attorney for the past six months and shared, “I wholeheartedly congratulate and welcome Lane.  Lane should be a superb City Attorney for Santa Monica. Her impressive credentials and career are a perfect fit for this highly accomplished City Attorney’s Office.  Under Lane’s leadership, the City’s legal fortunes should be in very good hands.”

Ms. Dilg comes to Santa Monica as part of a distinguished career in public service.  She is currently Senior Counsel to UCLA, where she provides legal advice across the broad range of the University’s teaching, research and public service activities, in substantive areas ranging from constitutional and employment law to health, business and real estate law.

Prior to her time at UCLA, Dilg spent four years as an Assistant United States Attorney in the United States Attorney’s Central District Office in California. There she prosecuted public corruption, organized crime, human trafficking, fraud and other federal criminal offenses. Dilg also served as Counsel to the United States Senate Committee on the Judiciary, where she was a trusted legal advisor to U.S. Senator Dianne Feinstein in confirmation hearings for United States Supreme Court Justices Sonia Sotomayor and Elena Kagan, in the aftermath of the 2008 financial crisis and during consideration of the Affordable Care Act. Ms. Dilg’s experience also includes time as a civil litigator at the American Civil Liberties Union Foundation and Susman Godfrey, LLP. She served last year as a member of U.S. Senator Kamala Harris’ transition team upon Senator Harris’ election to the United States Senate. She is currently an Appellate Lawyer Representative to the U.S. Court of Appeals for the Ninth Circuit.

“Santa Monica is a complex, cutting-edge city. We’re known for pushing the envelope in our policy decisions and protecting our community’s diverse interests,” said Mayor Ted Winterer. “Given the complex legal issues we face on a regular basis, we were looking for a dynamic, strategic and thoughtful person to serve as our next City Attorney. Ms. Dilg brings a wealth of legal experience and a formidable intellect to the job and she’s passionate about public service and the issues that align with our city’s vision. I speak for the entire Council when I say that we are thrilled to be working with Lane for years to come.”

“It is an incredible privilege to serve the people of Santa Monica as City Attorney,” said Ms. Dilg. “I am grateful to the City Council for the opportunity, and I look forward to working with the talented attorneys of the City Attorney’s Office to serve my home community.”

Dilg received her BA at the University of North Carolina at Chapel Hill, Masters of Theological Study from Harvard Divinity School and her JD from Yale Law School. She is a resident of Santa Monica and is committed to making a long-term contribution to the City’s continued evolution as a model of municipality.

In her new role at the City of Santa Monica, Dilg will be the chief legal advisor to the City Council, City Manager and City Departments. She will be responsible for a team of 24 attorneys and 18 support staff in the areas of civil litigation, code enforcement and criminal prosecution. She begins on August 14th with a starting salary of $283,872.