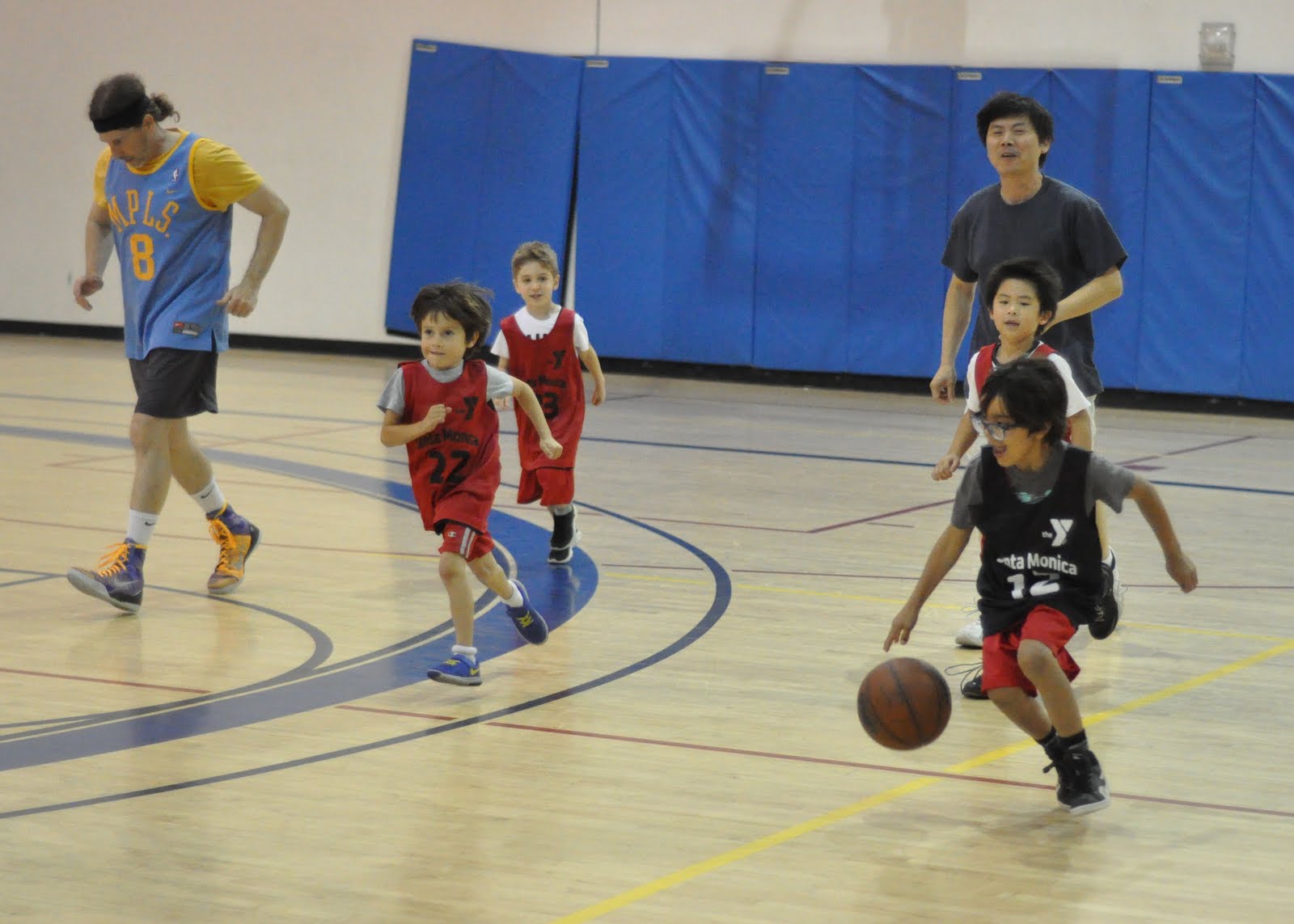 DARKS TAKE LIGHTS IN 3 OUT OF 5 ALL STAR GAMES, LEGENDS WIN FIRST!

The Major League Legends won their first game in their last game of the season to cap off a fun final weekend of youth basketball in the Spring 2017 leagues at the Santa Monica YMCA. Every player was invited to and many did take part in the seasonal Parents vs Players and All-Star games, and for the first time ever a group of former players came back to mix it up with our older players in an alumni game.

All that’s left to do is eat pizza, enjoy fellowship and accept accolades for a job well done at the post-season awards banquets that begin tonight with the Rookies and continue, chronologically, through Thursday when the year round awards will be handed out for Best Player, Coach, and Referee, Most Improved and Inspirational Players, the naming of the All-Santa Monica YMCA teams for 2016-17 and a few surprises.

There were two regular season games still to be played last Saturday, both “B” level tournament consolation games.

In the Minor contest the Mamba’s got a fine performance from Jackson O’Neal, who scored 14 points to lead his team to a 35-31 win over the Pistol Petes.

The Mambas got out to a 9-0 lead but a Pete 6-0 run early in the second quarter closed the advantage to 20-16 by half time. From there, the Mambas pretty much maintained that lead the rest of the way. Brayden Stoll added 8 in the win, while Odin Williams led the Petes with 10, 15 rebounds and 5 blocked shots.

The final Major game was a mismatch, mainly because many players on the Captains chose to stay away. Credit Preston Calder (14) and Eli Levi (8 points and 12 rebounds) for trying hard along with team mates Ian Villanueva and Pierce Nevell, but they were no match for a full contingent of Big Os who won going away 62-32.

Kasra Sariri came within two of tying Remi Bruozis for the most rebounds ever in a single modern ear game, as he had 39. He also scored a game-high 20 points. Ezara Kreiger added 15 and 8 assists. Good game, too, for Andy Buzzi (career high 8 points).

— Later in the day, the Legends took the measure of a team of stars from other teams, 34-20, to pick up their first victory of the season. Dash Wasson, Kyle Habib and Griffinn Pine were tremendous in showing the determination it takes to win against all odds and when nothing is on the line.

In the Parents games vs Kids, the Rookies whipped ‘em 50-29 with Cooper Kun scoring 10. The Bantams won 41-31 with Travis Waters netting 10.

Julia Strauss scored as the buzzer went off to lift the Minors to a comeback, 36-35 triumph over the Elders.

It was originally the idea of coach Jim Fleigner to try to drum up support for a post-season Majors game that players would show up for. Not a ton of them did, but the ones who did were treated, as we all were, to seeing some of the best players who have played in our fair league since 2011 come back to lace ‘em up once again for old times’ sake.

See the roster below for the names of the greats who returned. The bottom line was, at least for this reporter, it was fun, players were laughing and having a good time, and it was nice for the current crop of Majors to hear the stories of the exploits of those who came before them.

The Alums pulled away after a close first quarter to blow the Majors away as fully expected (they are in high school after all) and then the teams were mixed together for a most entertaining second half.

Game two went to overtime before TJ Turner’s basket won it for the Bantams over the Rookies.

The Minors took care of the Bantam “A” team 26-21 behind 10 from Nathan Kashper and 8 from Jonathan Lin.

Very few of the Majors bothered to show up and they still beat the Minor “A” squad 40-23 behind Khaelan Xeitlin, Evan Daghighian and Sam Adelman.

GAME OF THE WEEK

The top players in our league, out of nearly 300 played a game together to close the season, and did not disappoint, as the Light shirts beat the Dark 55-53 on three free throws post-game from Siggy Dalgas.

Both teams had leads of as many as 9 points at one time during the game.

Down 30-21 entering the third quarter the Lights scored 10 straight to take the lead before Andre Daouda of the Darks got loose inside to flip the lead to his side 32-31.

Keegan Fleigner scored off of an assist, one of five on the game from Miguel Picazo to make it 33-32 Light after three periods.

Picazo’s three put his team up four, and then he scored on a layup two times in a row to make it 40-32 and it looked like it was over.

Yissi Tewodros scored to get the Darks back to within 6, but moments later Michael Hanasab drained a three to make it 47-39 at the sub break.

Daouda, not generally known for his outside game, hit a surprise three to claw the Darks back to within four at 49-45 with 2:20 to go.

After a defensive stop, Sariri hit inside and was fouled to tie the game with 1:22 left in it.

After a another Light miss, Preston Calder put the Darks up with a three point shot, 52-49 and only 45 seconds were left on the clock.

But Dash Decker calmly hit a three of his own with 20 seconds to play from the deep left corner to send it to free throws. Tied at 52.

Dalgas hit two to bring the lead to 54-52. Smiley made one of his two to keep the Darks alive, but they would make no more.

Picazo was player of the game with a 12 point/20 rebound performance….”the Star of Stars” as seven different players scored in double figures.

Good game, very entertaining and played at a very high level for a rec league to be sure, and it sends us into the summer with good feelings, and well wishes for many of our older players who now face tryouts for their high school summer team. Good luck to them, thanks for the memories, and we hope to see you back for next year’s alumni game!