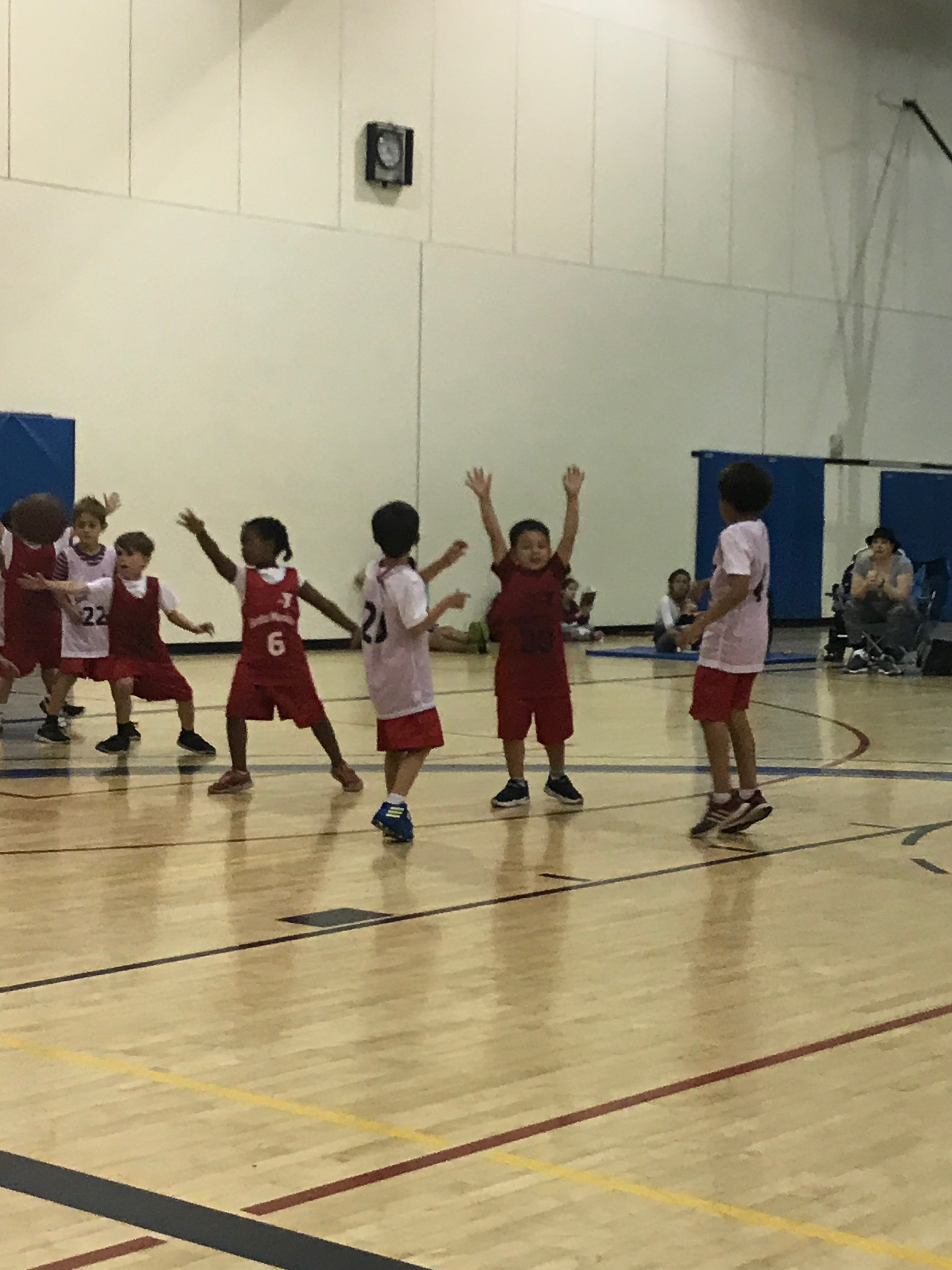 DAOUDA AND ELLINWOOD WALK OFF WITH TOP HONORS FOR THE YEAR

Andrew Daouda barely nosed out Kasra Sariri for Santa Monica YMCA Player of the Year honors at the recent year-round awards banquet held at the Y’s community room on June 15. Daouda, a 4.0 student and generally regarded as a very coachable and good team mate, was a dominant force inside and developed his mid range game during this final season of his eligibility to play in this league.

Charles Ellinwood, who toils in his craft as a coach in the Rookie League was given honors as Coach of the year by Director Peter Arbogast, who also handed out awards to Most Improved Player Jacob Ronn, Most Inspirational Players, the Levi family trio of Sammy, Sophia and Eli, and Team of the Year to the Fall League unbeaten Minor League Roadrunners, who also defeated the league all-star team.

Mathias James was given the nod as top Referee, and all-YMCA certificates for year-round excellence were handed out as noted below.

For here outstanding play and attitude through her career at the Y, spanning the entire modern era since Fall of 2011, Rachel Kim, another graduate of the program, was given the honor of being the first to be inducted into the Santa Monica YMCA Youth Basketball Hall of Fame for the new millennium.  She has been selected to play this summer for SamoHi’s girl’s basketball program, along with another 8th grader, Chloe Kaufman.

They join former players already involved in their high school programs after playing in our league: Remi Bruozis (Crespi), Trent and Davian Schroer, Katlyn Koch, Siri Storstein-Noorgard, Nikka Ghassemi, Dillon Edwards (all Santa Monica) and others. Good luck to all our former players.

Registration for the Fall 2017 league will open to returning Spring League families from August 1-9, followed by an open enrollment until the league capacity of 300 players is met. Forms will be available in person only for early enrollment, then on line for open enrollment. Forms, when available, can be picked up at the Y, or through the local schools.

As usual, we will be planning to have four skill based and co-rec divisions beginning at age 5 and running through 8th graders.

The need for volunteer coaches is usually greatest as we get close to choosing teams, but if you wish to be eligible, you should see me to begin your paperwork. If you have already expressed a desire to coach, please reaffirm that desire with me via email some time this summer, or in person.

We ALWAYS have a need for paid game officials. If you know anyone, age 18+ that would be interested, have them get in touch with the league director.

2016-17 ALL DIVISIONS COMBINED ONE GAME BESTS