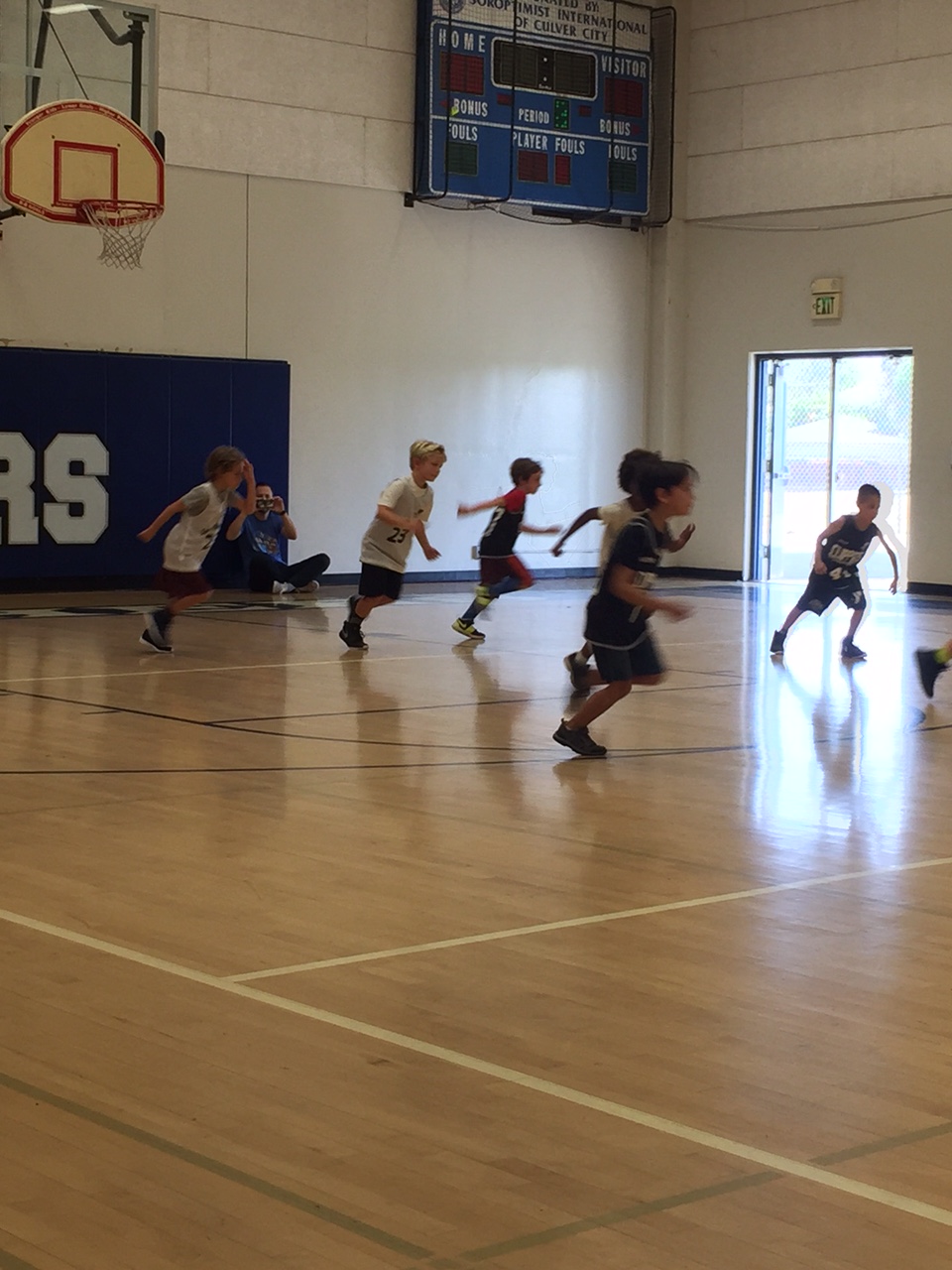 SAMO SUMMER TEAMS WIN 3 OF 4 ON OPENING WEEKEND
MAJORS COME BACK FROM DEEP HOLE TO WIN, MINORS ONLY TOE STUBBERS

Summer league play is underway for four large Santa Monica based summer league youth basketball teams, which play at sites other than their own.

In the first game of last Saturday at Culver Middle School, the youngest of the four squads had the biggest margin of victory.

It was a very dominant performance by the 6-7 year old Santa Monica YMCA Stars in their first game of the the summer basketball season in the Culver-Palms YMCA league, played at the Culver Middle school. The Stars won 30 to 9.

This dominance was very apparent from the start of the game when only a few seconds in, Cassius Taylor scored the first of his three baskets that he had on the day, and Parker Cappiccille added a couple of baskets within in the first few minutes, and ended up with four baskets for the game. The Stars had a dozen points before their opponent got their first basket.

Eight of the 12 players representing the Stars, had baskets in the game, with 3 baskets from Aayan Lakhani, including a circus shot over the backboard while falling out of bounds. All 12 players made the stat sheet with either a field goal, rebound, assist, steal, or a block.

The Stars benefited from having a month of preparation with focused practices before their first game, and the dividends of their investment clearly showed by a great all around performance from the whole team with defensive intensity and unselfish play.
— submitted by Paul Drew

The Santa Monica YMCA 8-9 year-old basketball team faced an intimidatingly tall group of players in their first game of the Culver City Summer league. With most of our height absent, we had 10 skilled but not particularly long ballers looking up at a squad with at least three players flirting with 5 feet and one WELL over that. It’s fair to say that nerves were running high before tip off, but our boys settled in quickly after Adi Petros hit Darien Jones on the right wing and Jones knocked down a 3 pointer on SM’s first possession.

On Culver’s first possession, it was Dom Kajota (tasked with the unenviable job of guarding the towering Culver center) who sent the message that, despite the opponent’s size, we were NOT going to get bullied, as he kept the big man from getting to the rim.  On the next trip down Petros, once again, got the ball to Jones, but this time Jones got it right back to him as he cut to the basket for lay-up.

And with a 5-0 lead, the nerves were gone. Sure, we had some missed opportunities, like open players not being recognized (Amiel Doustan and Isaac Samy spent a good amount of time with no defenders anywhere near them wondering why they couldn’t get a pass to come their way), but for the most part, our boys played good team basketball, and were rewarded with a 13-6 lead at the mid-point.

The second half was a bit tighter, as the Culver team adjusted their defense,  but the aggressive, physical play of our undersized but scrappy squad kept the opponents from converting on offense. Gutty, is how out would describe our defensive effort with downright fearless performances from Kajota, Petros, Samy and Nathan Kashper. By the final buzzer we had 7 of our 10 players on the board, and a final score of 19-8. Great game all around! — submitted by Mike Jones

Here is the box score for Samo:

The age 10-11 team faced a much larger opponent in the Crenshaw YMCA team on their home court.  The Crenshaw team controlled the boards all game and then hit 3-pointers when the SM team sagged inside to win 28-14.  Timosha Moncher went 5-7 from the free-throw line and Cy Backen was next with 3 free-throws. Baskets were made by Xailoh Hermosillo, Quest Miller, and Nifty Tewodros. The team played hard against a bigger opponent; which should bode well in future games. — submitted by Rick Moncher

Perhaps due to nerves, the 12-14 team promptly fell behind Culver-Palms Team #2, 10-0 at the start, battled back to tie it at 15-15 but then fell back again by as many as 11 in the third quarter.  The other team was bigger and the team was without a couple of big inside players and so were out-rebounded us pretty badly in the first three quarters. Culver was also beating Samo down the court repeatedly after rebounds, which added to the challenge, but the mood of the team was quite good overall and they gradually started to execute better. The team missed four or five easy shots in the first half, so it could have been much closer at halftime, but then again they also could have easily lost touch with them.

Not surprisingly, Sammy Kohn was unbelievably good, in ways both large and small — great on defense, found his own shot and got his teammates solid looks. Finally, Santa Monica started creating some turnovers for layups and it felt like the other team started settling for more outside shots, which generally worked in Santa Monica’s favor. They finally caught them with about two minutes left in the game.  After having such a large lead, the other team may have panicked under the pressure a bit and we got some timely bounces and baskets as the clock wound down.

Everyone on the Samo team was working incredibly hard and was pretty gassed at the end, but ended up winning by five, 42-37. Coach said that some of his kids were a bit surprised we pulled it out and he heard from some of the parents that the other coach and players were genuinely shocked that they lost… but regardless, it seemed that the Samo players were pretty darn elated by the outcome.

Overall, a great start to the season. It should give the Samo lots of confidence to draw upon in future games if they happen to get down early again. In this one, they really buckled down and did not fold, and they kept picking each other up and held together as a team.  That part was really gratifying to any coach. — Submitted by Jim Fleigner

If you take pictures at your game and send them to me, I can then put them on line here with THE HOOP.

Stories of the game can be submitted by coaches, fans or players and will get a by line.

It may be impossible to discern actual standings, I will post what we do know, when we know it.

A reminder from the league office to pay all fees owed immediately.  And of course, all players and spectators should be on their best behavior at all games.

Registration for all returning families from Spring league for the upcoming Fall season will open by hard copy only next Monday, July 31, and for the general public on August 9.  At that time you may register on line as well at ymcasm.org.