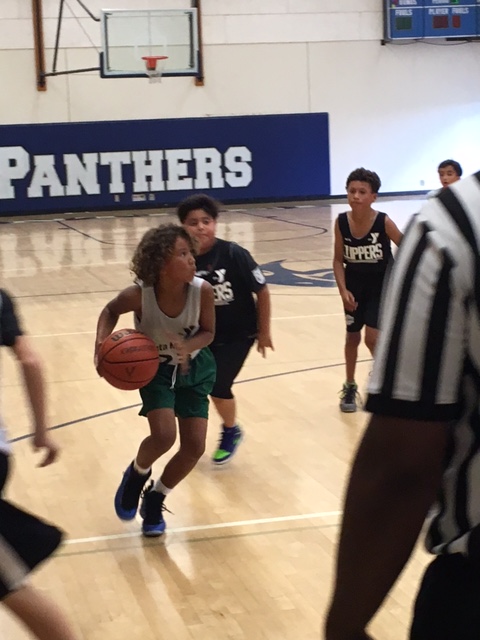 The 6-7 Stars had their hands full in a battle of two teams that had won their opening day game, but when it was all over, Samo eked out an 20-16 victory to take hold of first place by themselves.

Two late baskets from Asher Zaczepinski, and fantastic between the leg dribble drive pull up jumper from Aayan Lakhani turned the trick in crunch time.

The Stars played excellent pressure defense throughout, to overcome a fairly cold shooting first half, one that found them trailing 9-6 at the break. A key third quarter timeout by Coach McDonough seemed to get the team focused better, and more organized on who they were guarding and they began chipping away at the lead.

The 8-9 Stars lost a heartbreaker on a last second buzzer beater, 18-17. The opponent was once again taller and larger, leading them to a rebounding advantage. Still, Santa Monica led most of the way but seemed to wilt under the full court defensive pressure applied in the game’s final minutes, something the team needs to work on beating in the weeks to come.

The last shot hit the rim, backboard, and rim again as the horn went off before settling in the net… a tough way to lose for sure.

Jake Ronn, Clark Elliot, and Isaac Samy were singled out for hustle and gritty play. –submitted by Steve Sone 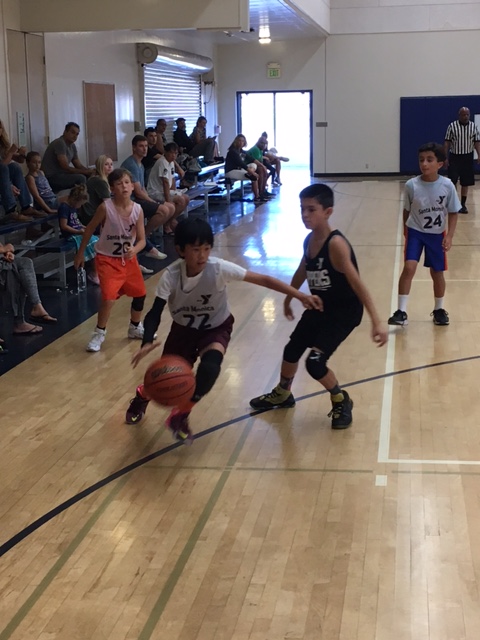 It was a laugher for the 10-11 team as they got into the win column for the first time with a blowout 55-10 victory over a Culver Palms team on Saturday evening.

Everyone got in on the act and the Stars led big early and never let up.

Standouts included Timosha Moncher with 11 points, Odin Williams and Quest Miller with double figures in rebounding, Evan Daghighian with 10 points as he and Tyler Strang looked very confident throughout.

Everyone played so well it was hard to tell who was “on” and who was “REALLY REALLY on”!

The team out-rebounded their opponent 70-18, not so much due to size but to hustle, and had an incredible 13-0 advantage in assists. Good job to all.

Every player contributed if not to each stat category, certainly through a thorough effort with lots of energy, and everyone was consistent in their encouragement of one another.

It was a very unselfish team effort throughout, one full of great execution of the game plan.

The team made a big effort to not allow many second chance shots and jumped out to an early double digit lead and held on to that for most of the night.

The team still lacked a good enough showing on three point defense, free throw shooting and must reduce the number of turnovers, perhaps by slowing down just at the moment of passing, as is often the case at this level of  ball. — Submitted by Jim Fleigner and Steve Rice

Any who wish to submit stories and photos can get a byline in THE HOOP that week. A reminder from the league office to pay all fees owed immediately. And of course, all players and spectators should be on their best behavior at all games.

Registration for all returning families from Spring league for the upcoming Fall season will open by hard copy only on Monday, July 31, and for the general public on August 9. At that time you may register on line as well at ymcasm.org.