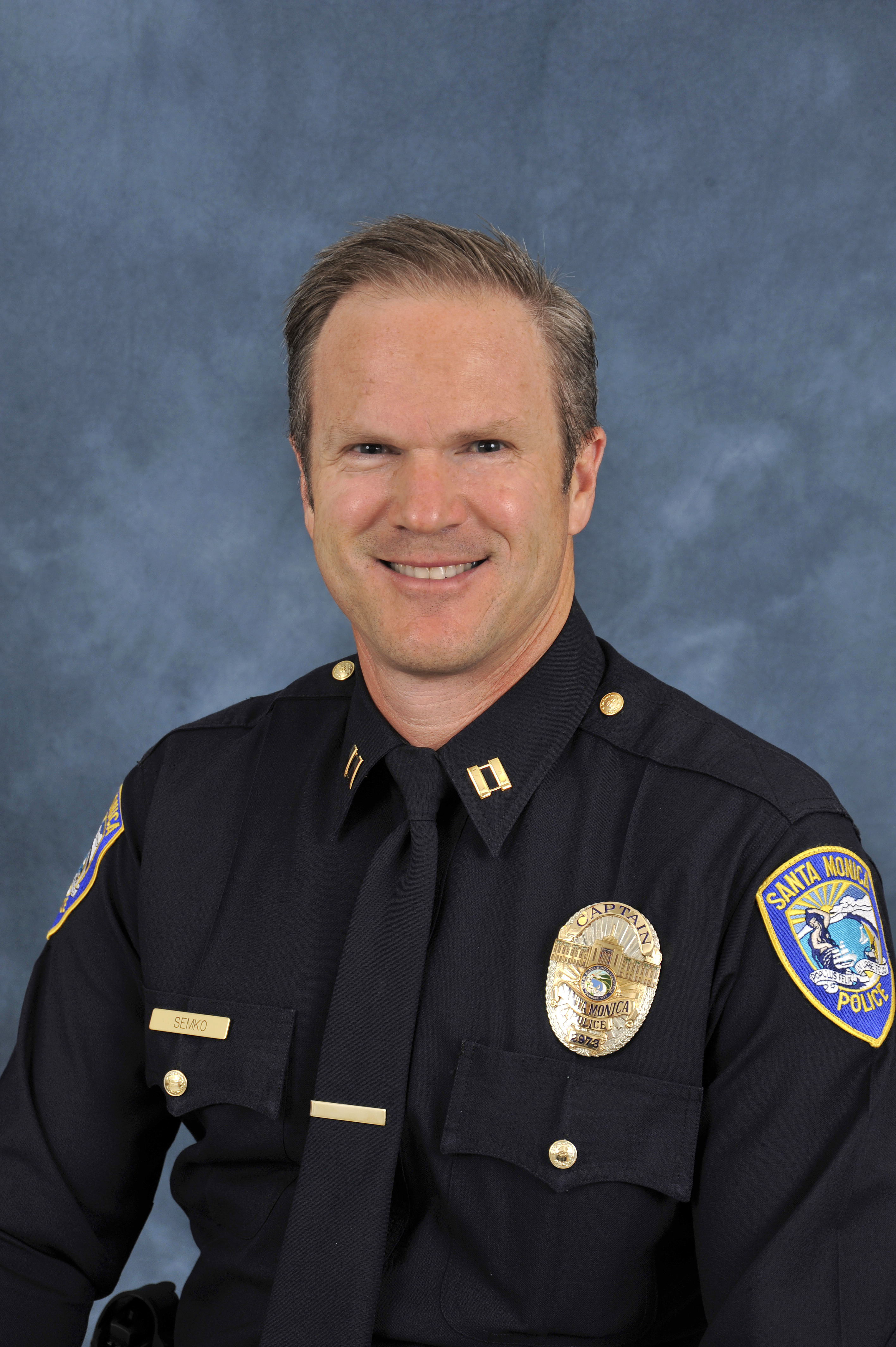 With Santa Monica Police Chief Jacqueline Seabrooks retiring at the end of this month, Santa Monica has tapped 26-year veteran of the force, Captain Kenneth Semko, as her interim replacement.

Semko, who has worked on the department’s Homeless Liaison Program as well as in various positions, including patrol, SWAT, and as a K-9 handler, will serve as a transition leader, but according to city officials, “to ensure the process is open to all candidates, Captain Semko has voluntarily committed to not being an applicant” for Seabrooks’ position.

“I am both humbled and excited to have the opportunity to lead the men and women of the Santa Monica Police Department through this time of transition,” Captain Semko said in a press release issued Friday. “I look forward to building on the relationships developed under Chief Seabrooks’ leadership to foster an environment of collaboration to address the issues that have the greatest impact on the wellbeing of the community we serve.”

Irma Carranza, a long-time resident of Santa Monica’s Pico Neighborhood and a community activist who has worked closely with the police department to address community concerns about policing, was happy to hear the news.

“I’m happy to hear Captain Semko will be the Interim Chief. I appreciate his work in helping the police department shift its approach to homelessness,” she wrote in an email to Santa Monica Next Friday. “He was also very responsive to our community’s concerns regarding all the anti-immigration sentiments after last year’s election.”

Following the election of President Donald Trump, the Santa Monica Police Department moved quickly to assure the community that the organization would continue its long-standing policy of not enforcing federal immigration law. The police department, including Seabrooks, also had a visible presence at forums on immigrants’ rights.

“[Semko] is committed to working with our community on this issue to ensure all residents feel safe and continue to trust the police department and its officers,” said Carranza.

Semko also has a background in emergency management, according to city officials.

“In 2011, then Lieutenant Semko was selected to create the City’s Office of Emergency Management (OEM) where he designed and oversaw the development of the City’s state-of-the-art Emergency Operations Center, implemented citywide disaster preparedness training and recruited members for the City’s first Community Emergency Response Team (CERT). Lieutenant Semko served as the City’s OEM Manager until his promotion to Police Captain in May 2013,” officials said in a press release.