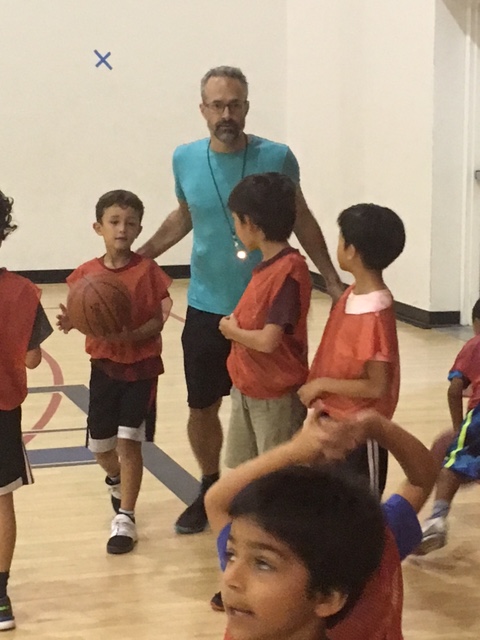 For just over half of the teams in the Fall 2017 Santa Monica YMCA youth basketball league, it’s time to get playing for real this Sunday. For the remainder, a chance to hone their skills for one more week before getting going for real.

The only division that plays a full schedule this weekend is the Majors, with the Minors and Bantams seeing action in only a portion of their available teams, and the Rookies take another week off to try and figure out how to play this game of ours.

One new addition this season is that of referees from an outside organization coming in to take care of officiating the Major League games, hopefully cutting into some of the acrimony raised by using so-called “amateurs” in years gone by.

Uniforms will have been handed out to all teams playing this weekend, and those others will certainly have theirs by game time next week.

Watch this space for stories about each game, box scores, updated standing and schedules updated each week as we begin another exciting year of ball here at the Y. Good luck to all our teams and coaches, and welcome to our fans, families and friends.

PLAYERS OF THE WEEK BOX SCORES
(none for scrimmage week)

— There is an information table with hard copies of this newsletter THE HOOP each week, along with other important information.

— Be sure to turn in your emergency packets. All new players have been given these at evaluations and parent’s night, but there are new forms if you lost yours located in my office or on the information table on game days.

— Returning players who need to fill out new emergency packets (which last two years) will be given those as soon as possible.

— Please yell encouragement and whisper criticism. Cheer for your team, and it’s actually okay to cheer for good plays by the other team, too!

— If you have any problems, please take them to your coach, and if you are not satisfied with your coaches reply, being the issue to me.

— NO FOOD OF ANY KIND IS ALLOWED AT ANY TIME IN THE GYM, AND ONLY WATER BOTTLES WITH LIDS THAT CLOSE TIGHTLY ARE ALLOWED IN THE GYM.

— Rookie ball is a youth ball (27.5) and they play on an 8-foot basket. There is no defense allowed outside the three-point line. If a team leads by 15 they must drop back into the key defensively and this may happen earlier at the director’s discretion. Two timeouts per game, one each half.

— Bantam league ball is intermediate (28.5) with baskets at 9 feet. Still no defense outside the three-point line. If a player hits a three point shot, that player may be guarded (one on one only) for the remainder of the game outside the line. Three timeout per game, no more than two in either half.

— Minor league plays defense out to half court, so if the lead goes to 15 they drop back to 3 point line, and if it grows to 20, they go into the key. Basket is at ten feet. Four timeouts per game, no more than two in either half.

— Major league is full court ball with a regulation size ball. When the lead goes to 15 the team ahead must not play defense past half court. Twenty is a drop back to the three point line, 25 into the key. Four timeouts per game, no more than three in a half.

In all divisions, teams may come back out to play regular defense when the score goes back under the total that put them in there in the first place.

In all divisions, we play four, eight minute running time quarters. At the four minute mark, providing the offensive team at that moment is not directly threatening to score inside the three point line, the horn is sounded and the teams take a 20 second timeout to clear the bench of all substitutes. Teams must clear the bench again after each quarter ends. If, during a four minute segment in which a player is on the bench and they are called into the game to substitute for an injured player or one who cannot play further, the player going in may not be among those coming back to the bench at the next regular sub break.

— In all divisions, any shooting foul shots will be shot at half time and after the game. These count towards the final score of the game. It will then be presumed that the team that was fouled made their shots and it is the other team’s ball out of bounds, thus saving valuable seconds from clicking off of the clock. We’ll shoot them later.

At the end of the game (half time in Major League games) players who have yet to score a single point will take part in a season long free throw shooting contest, shooting as many as six free throws (until they make one, or we give them the 6th one for free) These points do NOT count towards the final score unless they do not change the winner of the game. Then they do count.

** If your child is injured, please resist the urge to rush onto the court to take care of them (unless it’s obvious that it is serious). Ninety-five percent of the time, if you give them 30-60 seconds, they are just fine, and continue in the game. Sometimes they have to go to the bench for a brief bit to recuperate. Let them work it out themselves as much as you can. The refs will handle it first, then the coaches, then you and me.

— If you or a member of your viewing party are not members of the Santa Monica Y, please be friendly with our front desk staff and sign the guest book each visit. It’s at the end of the counter. Children accompanying you may NOT roam freely through the YMCA, they must remain in the gym with you, and not go anywhere else. Thanks.

My assistant, Barry will be on hand many days while I may not be. He can answer your questions, and if not, you should ask me via email or phone call if I’m not there.

— Check this newsletter every single week for important information. Feel free to forward this to anyone you’d like.