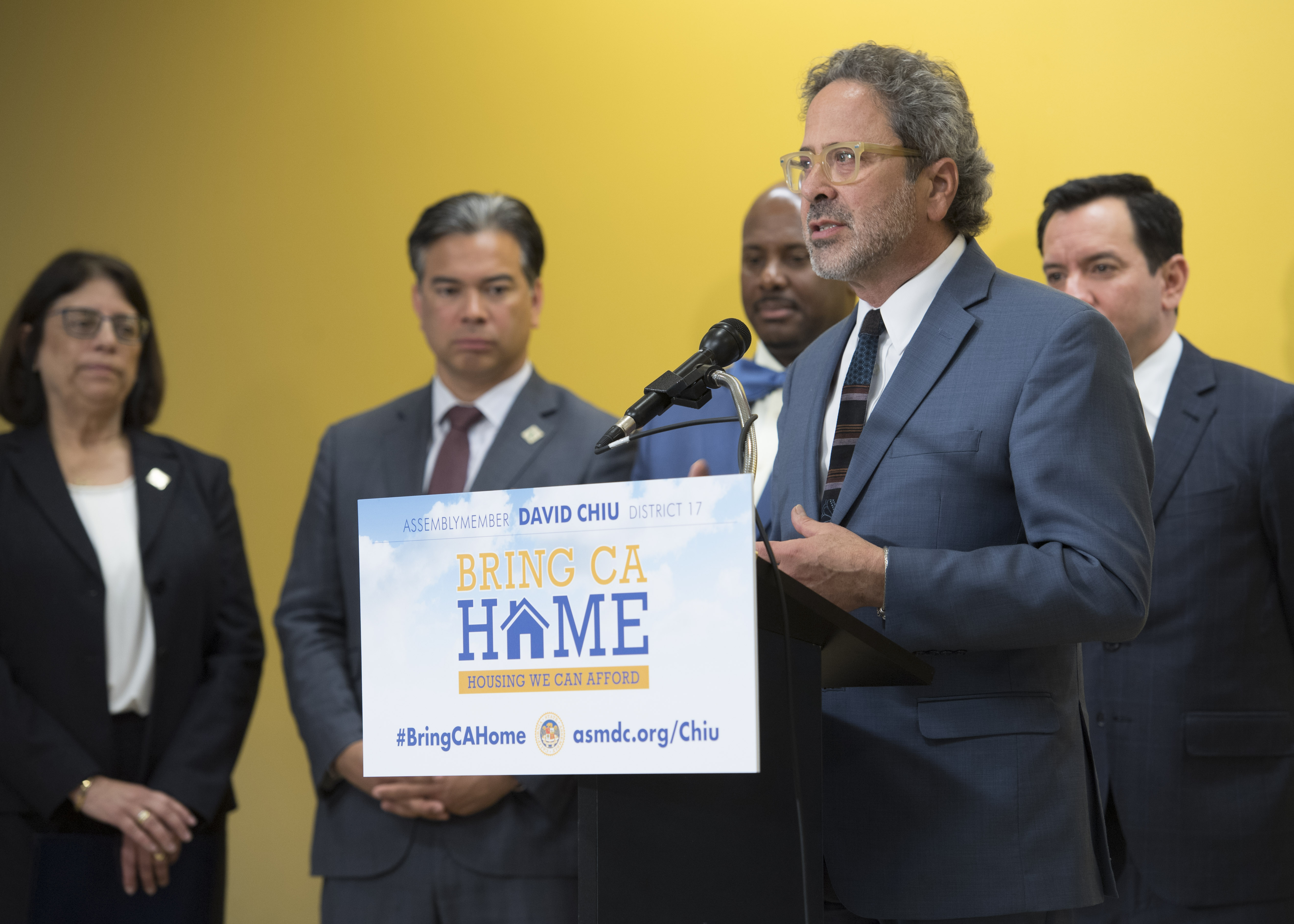 Among those bills, the ones that received perhaps the most media attention were Senate Bills (S.B.) 2 and 3 — more than $4 billion funding for affordable housing construction, assuming voters approve next year — and S.B. 35, State Senator Scott Wiener’s controversial streamlining bill designed to lower barriers to new housing construction.

State Assemblymember Richard Bloom, (D-Santa Monica), who remains one of the most vocal advocates for housing legislation in Sacramento, sat down with Santa Monica Next last week to reflect on the accomplishment and look forward to what’s coming next.

Bloom — a handful of his bills made up part of the housing package — acknowledged that last month’s legislative action on housing was indeed a turning point, but that it was just the start of the work that needs to be done.

“I think the most significant thing is that there is no longer any doubt whether the legislature sees the housing crisis as exactly that. I think we kind of turned a corner,” Bloom said. “In this session, the legislature and the governor kind of staked out that ground and fully acknowledged that we’re in the throes of a pretty serious crisis.”

“The amount of money that was committed to affordable housing [this session] really just begins to scratch the surface of the actual need that’s out there. I don’t want to rain on anyone’s parade, but if you break down the numbers based on how much it costs — $500,000 to $600,000 a unit in urban areas — to build a unit of affordable housing, the billions of dollars we committed over the next 10 years will make progress, but it’s in the thousands of units and the actual need is in the hundreds of thousands,” he said.

“That’s a pretty big delta,” he said referring to the gap between the need and the resources available. “And we’ve gotta figure out how to get there. One way of doing that is to try and find ways to lower the cost of affordable housing production. You can add money to the system to build more or you can lower the cost so you can get more production out of your existing dollars and we’ll be looking at both of those,” he said.

The crux of California’s housing affordability crisis is that there is a major shortage of homes at all levels of affordability due to decades of underbuilding housing.

To that end, Bloom pointed to his bill which passed last session that made it easier for property owners to build Accessory Dwelling Units (ADUs), also known as Granny Flats, on their property.

“I tend to see things on a continuum and I think the ADU reform bill, which passed last year and was tweaked this year… that actually has kind of come into its own this year,” he said. “I’ve been very pleasantly surprised how broadly embraced the concept of building ADUs has become.”

Experts estimate that between 700,000 to 800,000 new housing units could come online in California as a result of the reforms.

As an example of how accepted the idea of ADUs had become, Bloom pointed to the fact that he heard a Councilmember in Santa Rosa recently on the radio talking about how she wanted to encourage people to build ADUs to help house people displaced by the recent fires.

But with all that has been accomplished around housing this session, is there a risk of the legislature resting on its laurels?

“Definitely. I think resting on its laurels could be part of the dynamic,” he said. “The reality is, we’ve got environmental issues, we’ve got health care issues, we’ve got immigration issues. You name it. We’re grappling with some pretty big issues and there is a kind of natural tendency to move on from one issue to the next.”

“We do have to fight against that,” he said. “While it’s obvious to me we’ve done a lot of good, we’re nowhere near having turned things around sufficiently.”

Aside from the need for ongoing affordable housing funding, two other major issues linger. Bloom brought forward a bill this past session that would repeal the Costa-Hawkins Rental Housing Act, which limits local jurisdictions’ ability to enact or strengthen rent control laws.

Since Next’s interview with Bloom, a ballot measure has been submitted that could potentially put the question to the voters of whether to repeal the act next year.

“One of my major goals [in proposing the Costa-Hawkins repeal bill] was to try and focus people’s attention on an issue that is, I think, not focused on enough by anybody and that’s the plight of tenants in their current housing,” Bloom said.

He noted that the big bills this year were about streamlining and adding money for new affordable housing.

“We have a crisis that is here and now that’s affecting people in their lives today and most of the other measures, including my ADU bill and including the Palmer fix [A.B. 1505], they all provide new housing down the road. It’s going to take a minimum of three to five years for those units to come online,” he said.

“So, it’s five to ten years before you begin to see an impact on cost, but right now people are suffering by exorbitant increases in rent, people who live in rent-controlled housing today but have to move because their job is displacing them, because they’ve had a family and they’ve outgrown a one-bedroom or an efficiency unit. This is the stuff of life that affects people on a day-to-day basis and if they have to move to another unit and they’re being required to pay $500 or $1,000 or more… for an equivalent unit or two-bedroom instead of a one-bedroom somewhere else, it’s a dramatic change and not an affordable one for many of them. It’s leading to more homelessness and people being displaced into substandard housing and a whole raft of other socially important consequences. So we need to focus some attention on how we can address that issue.”

“I knew [Costa-Hawking reform] was controversial,” he said. “I’m hoping that the conversation will lead to something that can actually become legislation. Right now there is nominal support for Costa-Hawkins reform as it’s proposed.”

And then there’s the question of the California Environmental Quality Act (CEQA).

“Everyone is able to take advantage of provisions of CEQA to slow down and stop projects for their own particular reasons and that is why it has been difficult to reform. You hear frequently in the legislature that CEQA is often used in ways that were never anticipated when it was originally enacted which was principally to provide environmental protections in the face of what one might call rampant development,” he said.

“People frequently complain about that but when it comes to providing real reforms there has been a lack of creativity and a lack of willingness to actually form a consensus. Frankly, I think it will take leadership from the top to actually make that happen because it’s very, very difficult politically for individual members to talk about reform in their communities.”

How CEQA litigation has been used to limit housing opportunities is in the limelight, he said, “because there is a crisis related to it, is the fact that it has limited, in many circumstances, the ability of housing projects to move forward.”

From a Streetsblog/SMN perspective, CEQA would ideally limit some kinds of housing growth and encourage others. Sprawl encourages traffic and erodes natural habitats, but infill growth can have the opposite impacts.

“What we’ve ended up with is initiatives by the politically powerful to exempt certain kinds of projects from the CEQA process, the most noteworthy of which are arenas. No one is going to make the argument to me that arenas are more important than housing,” he said.

“That just seems like the wrong way to go about doing our policy, but that is how we’re sort of reforming CEQA right now. By creating exemptions for it,” he said.