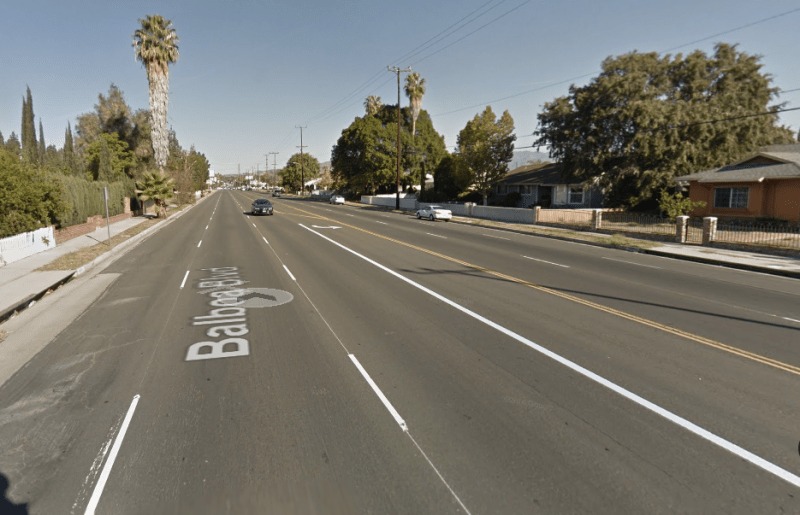 On Monday, the California Governor’s Office of Planning and Research released an update to the California Environmental Quality Act (CEQA). This update is the most comprehensive revision since the 1990s.

Among the most important changes is a requirement that state agencies stop using Level of Service (LOS) to measure environmental impacts and instead replace it with Vehicle Miles Traveled (VMT). This change was called for by S.B. 743, a bill passed in the waning days of the 2013 legislative session.

For years, planners have been using car traffic delay—a measure known as “level of service” or LOS—as a proxy for all the environmental impacts of travel. What it meant was that car delay was counted as a negative impact, but delay to people in buses or trains, on bikes, and on foot was not accounted for—except where their presence might cause delay to cars.

One of the many unintended and negative consequences was that CEQA became a tool to require developers to avoid or mitigate vehicle delays their projects might cause. That ended up encouraging new sprawl development in areas where increased traffic could be easily absorbed, while discouraging infill in places where people might be able to live closer to jobs and where transit, biking, and walking are more viable transportation choices.

Under S.B. 743, the Governor’s Office of Planning and Research was given the task of coming up with a better way to measure transportation impacts on the environment. OPR proposed measuring VMT to better capture the range of environmental impacts from travel. Streetsblog has been writing about the ensuing discussions for several years; these links give more details about some of the points of discussion.

The four-year-long process of coming to an agreement on these changes has been frustratingly slow for many, but some say it was also necessary. Relying on LOS has had severe negative environmental outcomes, and it is crucial not to create new unanticipated negative consequences in fixing the problem.

Now that the guidelines—including a separate Technical Advisory on the SB 743 changes—have been released, the Natural Resources Agency will conduct a formal “rulemaking” process, with more public feedback and discussion, which might bring further changes to the proposed guidelines. The rulemaking is supposed to take about six months. But the overall process has gone on for so long—the joke is that the guidelines were going to be released “in about two weeks” for at least the last year—that the proposed timeline for final implementation is two years from now, in January 2020, according to the Caltrans website.

The rules will go into effect as soon as they are adopted, but cities will have two years after that to figure out the switch to the VMT measure. Meanwhile, cities around the state have already been changing their practices to comply with the new rules. Pasadena, San Francisco, and Oakland have already replaced LOS with VMT in environmental reviews, and San Jose, Los Angeles, and Sacramento are close to formally adopting a VMT measure in CEQA.

And what do the new guidelines say? Among other things:

Land development projects subject to CEQA will no longer measure traffic delay (LOS) as an environmental impact, but instead must account for and mitigate increases in travel (VMT). This would apply to all development everywhere in the state, including sprawling suburban developments, which have been getting off easy under an LOS measure because roads and intersections in outlying areas tend to be able to absorb more travel without increasing delay.

It’s hard to overstate how huge a difference this could make for planning in California. This change will support infill housing, for example. Housing projects could still be built in suburban areas, but they will have to account for the increased car travel they bring. Not only will this provide valuable information for regional planning organizations trying to decrease greenhouse gas emissions, but developments will have to figure out ways to mitigate the effects of that increase. Suggested mitigations include improving transit, creating better bike access, locating affordable housing near transit, traffic calming, and limiting parking, instead of building wider, faster roads as encouraged by an LOS measure.

On the other hand, not all transportation projects will be subject to the new rules. Rail, transit, bicycle, and pedestrian projects will no longer use LOS as a measure of impact, and because they generally reduce VMT, they will be presumed to have “less than significant transportation impacts.”

But measuring impacts of freeway projects and roadway widening projects will be left up to the discretion of the agency in charge—meaning they can use LOS as they have for years—if they are already included in a Regional Transportation Plan and Sustainable Communities Strategies (SCS). This will help avoid potential problems with funding delays, since many projects have been in the pipeline for years and are set to receive money from the new gas tax.

Although this isn’t all advocates had hoped for, it’s not necessarily terrible. Regional planning processes like the RTPs and the SCSs are probably a better place for deciding these issues than in a project-specific Environmental Impact Report (EIR), as long as there is true, robust public input. Sustainability and equity advocates need to get out in front of these processes, and communities need to speak up. The important role of public advocacy is underscored by one recent court case won by advocates. Although the Supreme Court agreed that the San Diego Association of Governments had followed the law in its regional plan, a California appeals court just ruled that the RTP was nevertheless “deficient” because it failed to consider alternatives that could reduce VMT. That wouldn’t have happened without the tenacity of the advocacy groups calling for better planning.

Jeffrey Tumlin, a Principal Planner at Nelson\Nygaard who has many years of experience planning in California, points out that the guidelines reduce uncertainty, ambiguity, and contradictions that have plagued CEQA processes for years. “This is hugely important,” he said. “It is a huge, positive step forward. It maintains a lot of flexibility for lead agencies, and just requires that we do our homework, particularly with cities and regions that have transit.”

“And it puts a lot of weight on existing environmentally cleared specific plans, RTPs, and SCSs, which is fine, given the huge amount of funding uncertainty that would result from invalidating individual projects already planned and funded in regional plans.”

“It does, however, mean that we’ll have twenty years of backlogged bad projects that will need to be fought over outside CEQA, and in SCS updates.”

The changes resulting from S.B. 743 are positive ones that will create a profound shift in planning. But deeper flaws in CEQA remain.

There are no clear guidelines, for example, on how to justify highway expansion, and that creates great uncertainty. California can’t just stop developing altogether, but there needs to be a guide for how to do it right.

“CEQA never defines what is good,” says Tumlin. “It seeks only to make a project less bad. Unfortunately that is the foundation of California environmental practice: there is no reward for positive impacts.”

“We only look at negative impacts, not at better outcomes.”