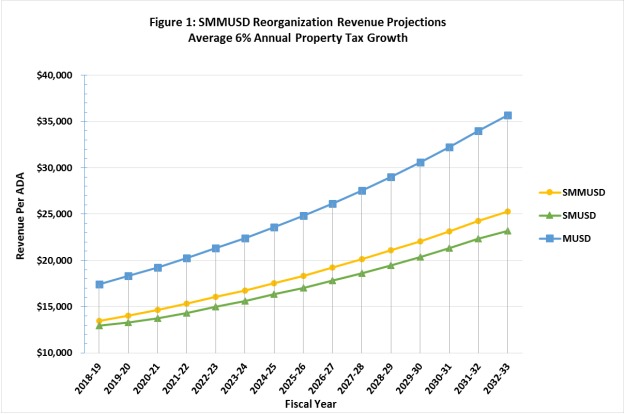 Advocates of splitting the Santa Monica-Malibu Unified School District rejected overtures of compromise from Superintendent Ben Drati late last week, ahead of another hearing on the matter before the School Board Thursday.

According to The Malibu Times, Malibu City Councilmember Laura Rosenthal said the city of Malibu told Drati that a compromise allowing for a change in the governance structure of the district to allow for greater local control by Malibu of its schools was a “no go.”

What that means for the future of the Santa Monica-Malibu Unified School District will be discussed at Thursday’s Board of Education meeting, according to the agenda. Advocates of separating the district have argued that Malibu is underrepresented on the School Board and that its schools and programs do not get adequate attention from the Santa Monica-dominated district governance.

But perhaps the biggest issue underlying the possibility of total separation is the question of financing, since a straight split would result in significant revenue loss for Santa Monica schools and increased concentration of wealth in Malibu schools, according to two recent reports, one by the Malibu Unification Negotiations Committee (MUNC), a group of local leaders and experts from Santa Monica and Malibu, and the other by School Services of California, Inc. Both reports are available online here.

Both reports suggest ways to mitigate the impact on Santa Monica schools from a split, but ultimately, there would be some disparity–it’s just a question of how big it would be. A split without any financial agreement would mean Santa Monica could get 65 cents for every dollar Malibu gets per pupil based on current projections, according to an op-ed by Michelle Wittig, who sits on the district’s Intercultural Equity and Excellence District Advisory Committee.

In her op-ed, which ran in the Santa Monica Daily Press Wednesday [PDF], she also notes that Santa Monica schools have the lion’s share of the district’s economically disadvantaged students and students of color.

“This is not an equitable outcome,” Wittig wrote in reference to the projected disparity in funding, “especially when one takes into account the fact that Santa Monica currently enrolls about 94 [percent] of the nearly 2,700 SMMUSD students who are eligible for free/reduced price lunch (a disproportionality between the two cities that’s unlikely to change much in the next generation).”

This is especially an issue given the district’s focus on trying to close the so-called “achievement gap” between lower-income students and students of color and their whiter, wealthier peers.

“Diminished revenues result in diminished purchasing power, which will have consequences for new and enhanced programs that the district is contemplating and for the District’s ability to pay increasing expenses and meet rising financial obligations,” Drati wrote.

“I understand the strong interest in Malibu to separate; however, we need to ensure that all students in both communities will continue to have high-quality programs and services, and resources necessary for closing the achievement gap,” he wrote.

In the same letter, he outlined his hope to negotiate with proponents of separation a solution that would allow for Malibu to have greater control without the negative fiscal impacts on Santa Monica.

For an even deeper delve into the equity issues facing the district, see a report from April 2016 by Pedro A. Noguera, Ph.D., Isis Delgado, and Joaquin Noguera titled “The Current State of Equity and Opportunities to Learn in the Santa Monica-Malibu Unified School District: Findings and Recommendations.”

Thursday’s meeting will be the latest development in an on-again off-again battle that has raged for years. This most recent iteration began in November of 2011 when Malibu Mayor Laura Rosenthal announced that the city would explore separation of the district. The announcement came a day before the School Board voted on a controversial fundraising measure that had been widely opposed by advocates in Malibu.

The district-wide fundraising policy was adopted unanimously by the School Board, which, at the time, had no Malibu representation. The new policy prevented parents from donating directly to their schools or Parent-Teacher Associations to help pay for programs or personnel. Instead, all donations would go to a central pool to be redistributed throughout more equitably.

Despite the timing, Rosenthal said the decision to move forward with district separation had nothing to do with the new district-wide fundraising policy.

In the first couple of years following adoption of the policy, implementation was rocky in part because of Malibu’s reluctance to participate.

While advocates in Malibu claim having their own district will mean their schools will get more attention and be better served, some parents in Santa Monica worry about the negative impact it will have on students here.

Gloria Garcia, who is the mother of three children who either went through Santa Monica schools or are currently enrolled, was at a particularly contentious School Board meeting on October 30.

At that meeting, she said, there was a lot of talk about money, but not so much about the impact this will have on the students.

She said, “Minority children are going to be affected. It worries me that the [achievement] gap won’t be closed.”

She noted that for working families, some of whom work multiple jobs, the programs that could be on the chopping block if fewer dollars are available are vital for their children’s education.

“Please consider the children,” she said.