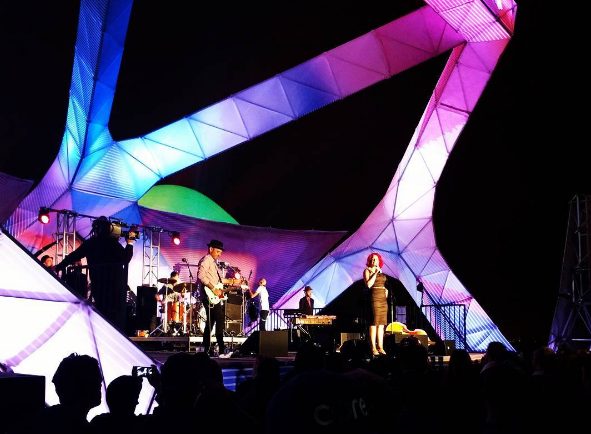 The Santa Monica City Council voted unanimously Tuesday night to keep the Pier Concerts going, but at a reduced size and in the fall.

After more than an hour of public testimony, the majority of which called for little or no change to the concert series, the City Council opted to reject the option of taking an hiatus from the popular series, instead voting to reduce the number of concerts and move them to the fall.

“The Twilight Concert Series is without a doubt one of the most admired events in Santa Monica, but we need to re-imagine it to ensure the safety of those attending,” said Mayor Ted Winterer in a press release put out by the city Wednesday morning. “The Council supports the continuation of the Twilight Concerts if the Pier Corporation is able to reduce crowd size.”

At the meeting, city officials noted that the increased size of the crowds in recent years have led to cost overruns due to the need for more security. In a somewhat dramatic moment during public testimony, Snap, Inc. (parent company of Snapchat) CEO Evan Spiegel offered to donate $1 million to save the Twilight Concert Series.

According to city officials, last night’s vote gave staff direction to do the following:

This will be the largest change to the series in its 33-year history. The concerts started as a revitalization effort for the historical Pier after a major storm significantly damaged it. The point of the concerts were to draw crowds to the Pier and the surrounding businesses.

Watch the entire hearing, including public testimony and council deliberation below.