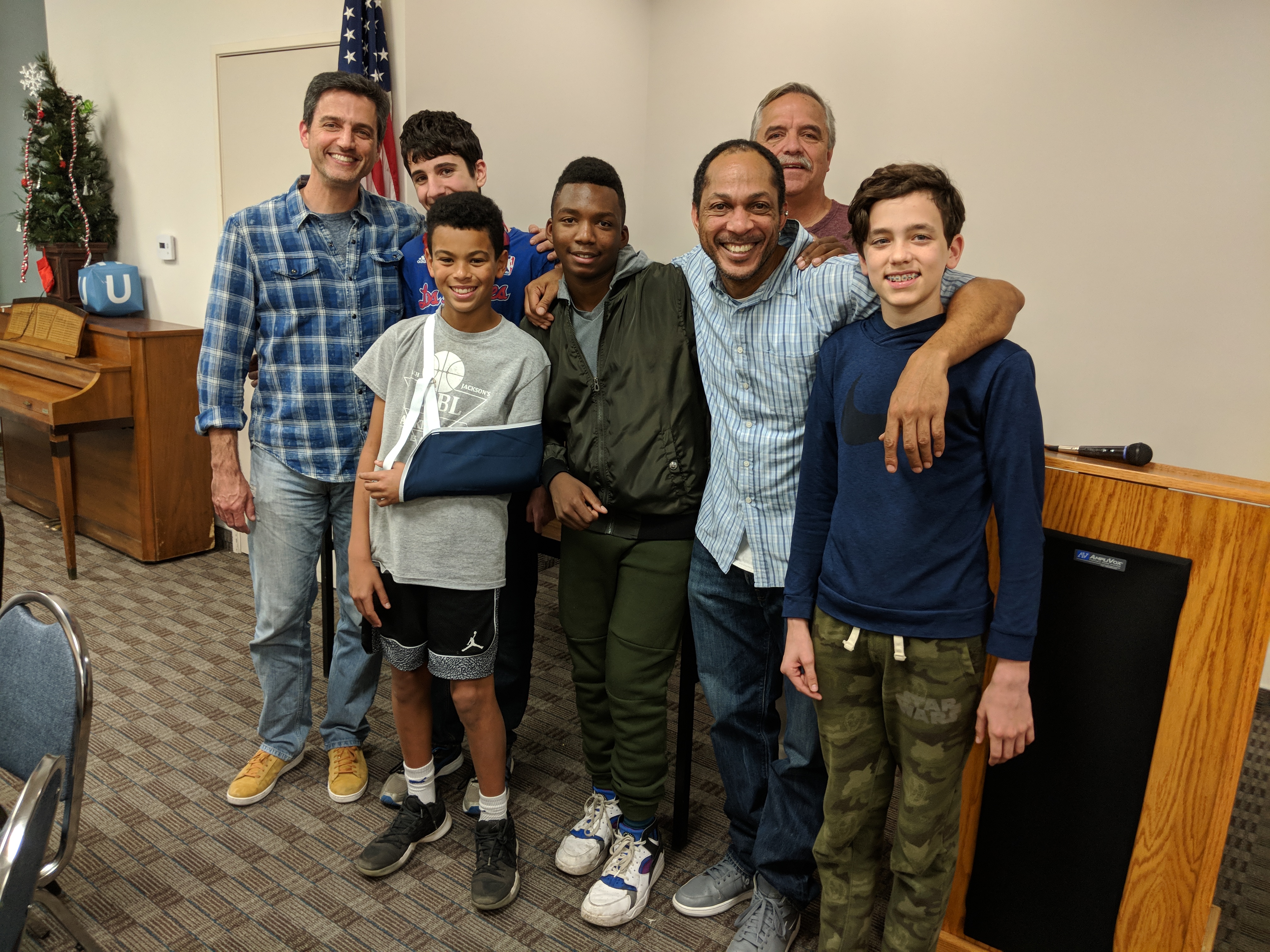 As one can plainly see from the monster banner headline above, the awards flowed like juice drinks with pizza at today’s seasonal awards banquets held to officially finish off the Fall 2017 youth basketball season at the Santa Monica YMCA.

Top first year players in their divisions included Benny Arroyo, London Coleman, Miles Aguilar and Sam Rubin, with top newcomers (that is to say first season playing here at the Samo Y at all in our league) Joseph Zak, Zayd Al-Shawe, Roderick Johnson and Tommy Sorady taking home some hardware.

The best in making the jump from one division to the next this season were Max Baracy, Chris Rhee and Milyon Mitchell.

Jenkins joins older brother Brandon as the only brother combination to have won the prestigious honor.

The All-league teams were announced to the crowd, and are listed in this issue, along with a detailed breakdown of every team and player’s statistics through the entire season, and a listing of the top ten single game and entire season marks for each statistical category.

There was a wonderful and heartfelt closing moment when four long time standouts were sent on their way to travel leagues in Qurtman, Dash Decker, Nasir Luna and Keegan Fleigner.

Fleigner has been with the league consistently since it’s reforming in the Fall of 2011.

The winter teams have all been selected and if you are playing in the winter league, you ought to hear from your coach by the end of today, but if not, quite soon. Practices begin tomorrow in anticipation of another full season of games starting in mid-January, with the official schedule due out late this week.

Spring league registration opens in early February, with play from March through June.

Happy Holidays, Happy New Year and we’ll see you in 2018!