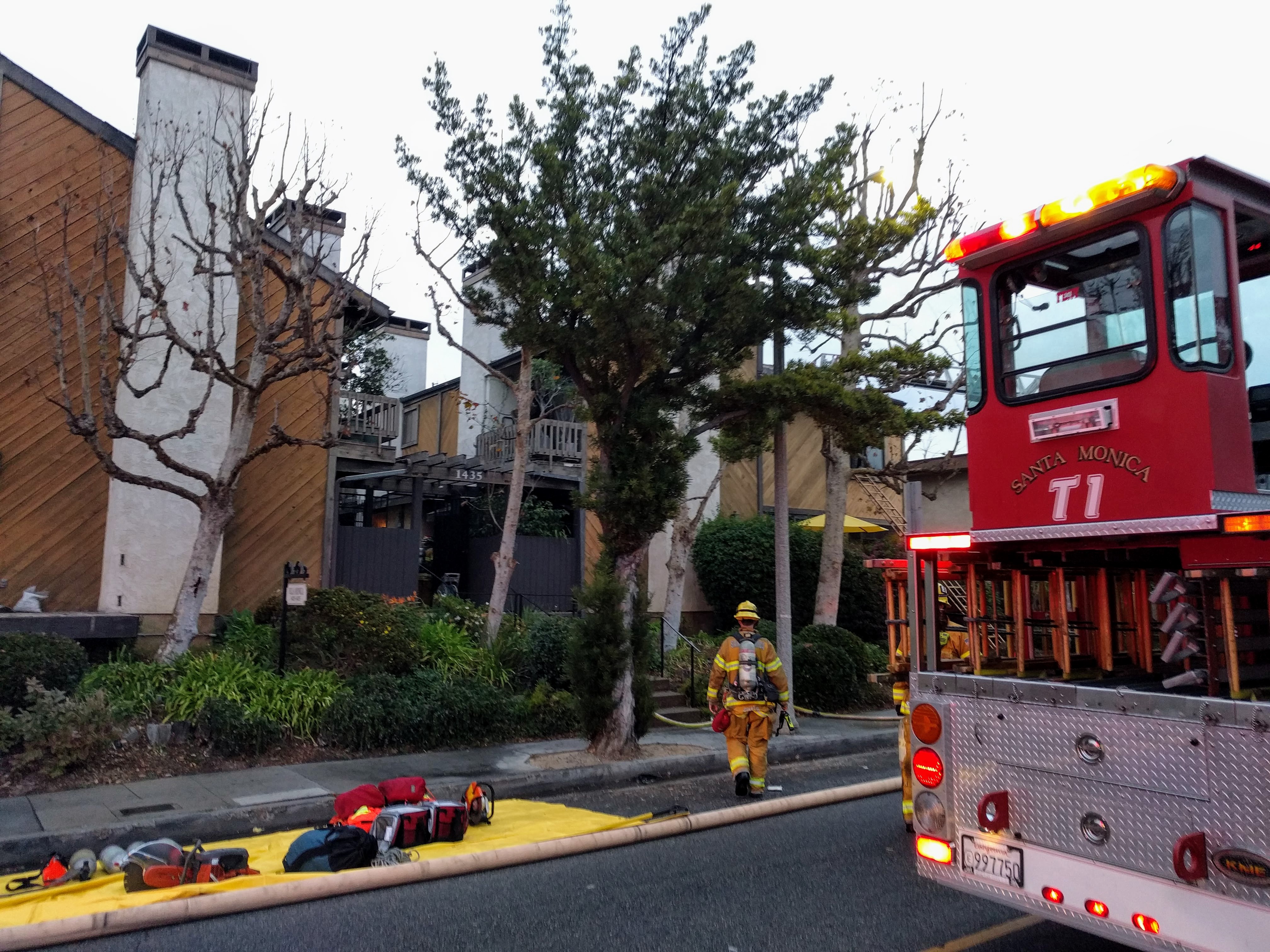 Firefighters arrived five minutes and three seconds later to find a two-story multi-unit residence with an active kitchen fire in one of the units.

Firefighters forced entry into the unit an aggressively fought back the flames, preventing the fire from spreading to adjacent units. During the search of the smoke filled apartment, Firefighters discovered two small dogs and brought them outside to safety. The occupant of the apartment was not home when the fire broke out.

It took 23 SMFD Firefighters 17 minutes to extinguish the blaze, limiting most of the fire damage to one apartment unit. A neighbor took custody of the dogs until the owner could return home.

There were no injuries to the dogs, civilians, or any first responders. The cause of the fire is still under investigation by SMFD.