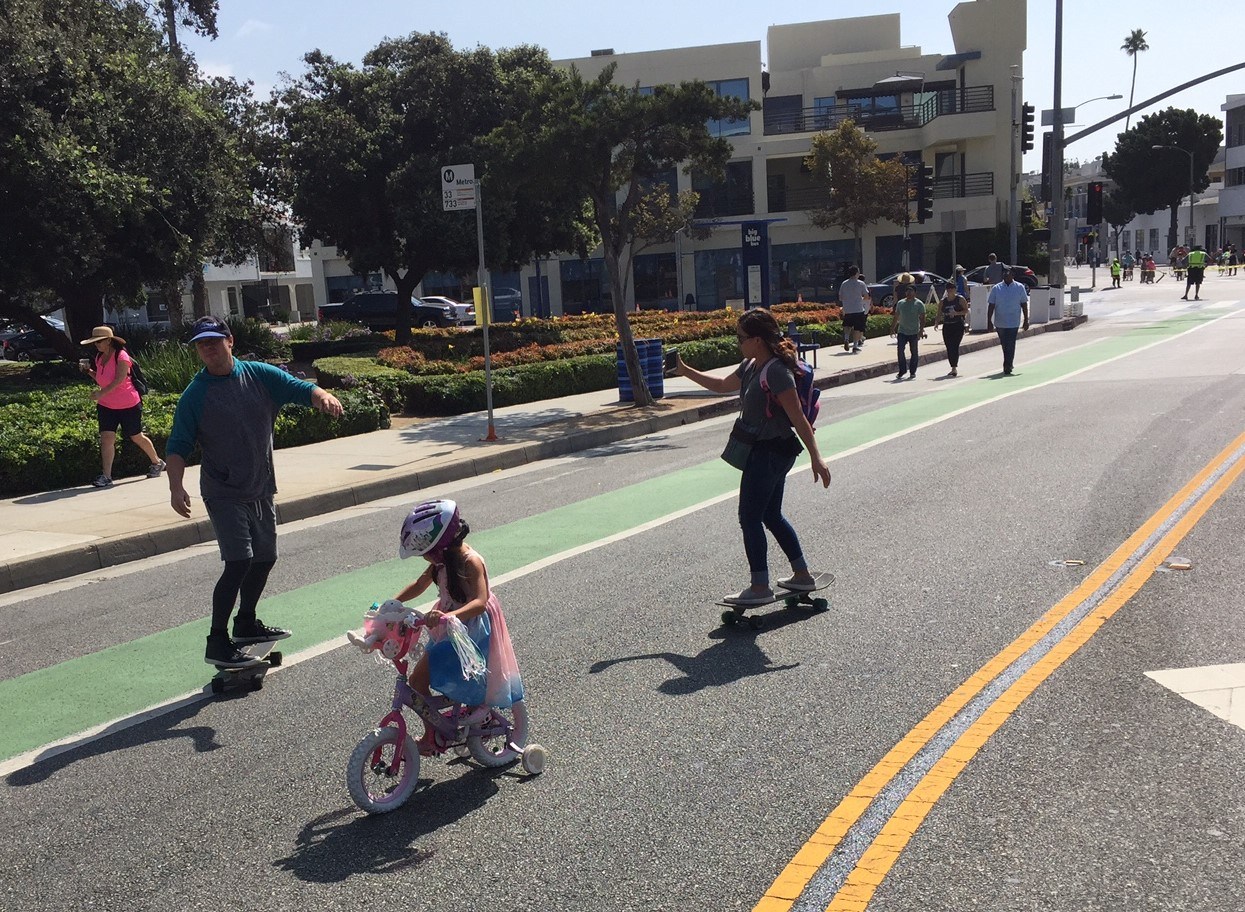 Los Angeles has CicLAvia, and Santa Monica has COAST. Los Angeles’ next car-free party is this weekend in the Valley. Santa Monicans that aren’t looking to travel will have to wait for the fall.

COAST, the city’s car-free, open streets event returns on October 7 for the thousands of Santa Monicans that want to experience a walk, bike ride, scoot, or skateboard on the city’s streets without the cars.

But Coast is more than just a bunch of bollards keeping out the cars. Santa Monica will  close more than two miles of city streets to cars and open them up for people to stroll, bike, and roll. Attendees will indulge in delicious food, listen to live music, enjoy world-class art, and experience the community’s public spaces in a new, reimagined way. The event is free an open to the public.

COAST will be held in Downtown Santa Monica, including Ocean Avenue from Wilshire Boulevard south past City Hall and Tongva Park, as well as all of Main Street to Pier Avenue.

According to the official COAST website, more details, including presumably the hours, will be announced later this summer. The event is managed by Community Arts Resources (CARS) who also managed the first CicLAvias.