Home Mobility An Open Letter to Santa Monica Planning Director & Feedback On the... 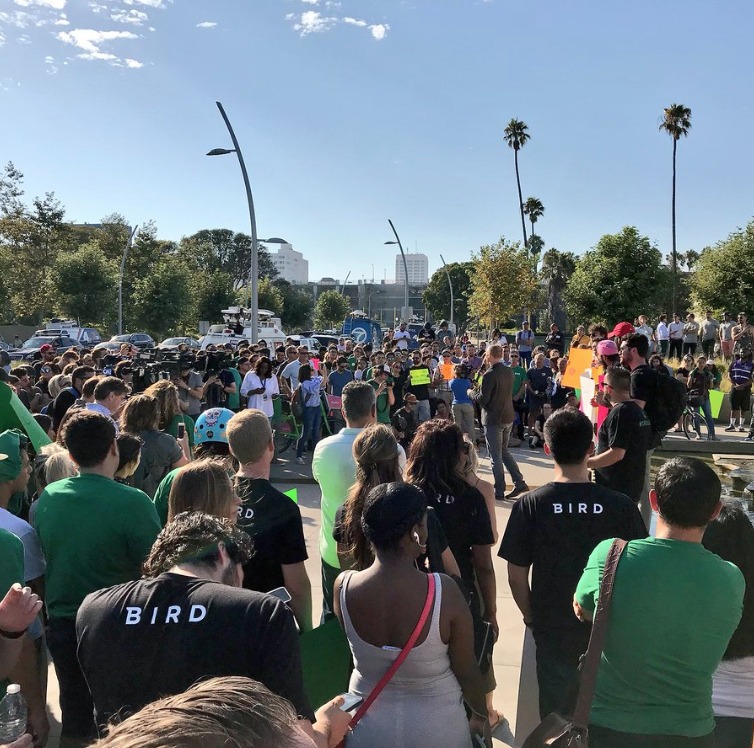 A few weeks ago I almost got hit by a scooter. I had no warning – just a screech of scooter tire on sidewalk cement and the whoosh of air as two riders dodged by on either side of me. I was on the sidewalk headed east on Arizona between 7th and Lincoln where a bike lane is available. There was no need for these two guys to be ‘scooting’ on the sidewalk. It was not my first near-miss scooter collision, but it was definitely the closest.

I confronted them. First they ignored me, then they denied having almost hit me, until finally I got an apology out of one of them.

It was annoying that these two guys almost hit me and then had the gall to deny it.

It was annoying to see them whizz away, one headed the wrong way down the bike path while the other remained on the sidewalk.

I can understand the community frustration with scooters.

And yet I support scooters in Santa Monica.

Our problem is not scooters, our problem is congested streets. Our problem is so many people want to visit and work and live in this city and our methods of transportation rely on single occupancy vehicles. I don’t blame the scooter riders for not wanting to share the street with cars. Most ‘bike lanes’ in Santa Monica — including the one on Arizona — are a painted stripe on the ground, hardly sufficient to keep anyone safe from a car.

The astronomical popularity of scooters is an opportunity to push more and better bike lanes. Real bike lanes – the kind that keep riders of all stripes separate from the massive human-mowing steel cages known as vehicles.

We need a pilot program that eliminates free and heavily subsidized parking citywide (including for city employees).

It was while working at the City of Santa Monica that I learned how to be comfortable as an urban cyclist. I eagerly used the Bike@Work bike to get around the city to my meetings. I took a phenomenal class on urban cycling offered through your very own phenomenal planning department. I wore not only a helmet but a full on reflective vest. However, all the training and reflective gear in the world is no match for a car. After a number of close calls, I gave up bicycle riding for good (at least on city streets).

Study after study demonstrates that public transit and mobility options expand economic prosperity and wellbeing. I know you are dealing with the real world far away from academic best practices. We have angry residents, angry scooteristas, angry companies with deep pockets, and a frustrated, impatient City Council hungering for action in an election year.

I ask that you examine the proposed scooter pilot in light of the results from the city’s Taxi Franchise Program. In the late aughts, taxi cabs were the source of controversy and consternation in much the same vein as scooters are today. The Taxi Franchise Program limits the number of taxis permitted to operate in the city and imposes price structures and uniformity on the lucky handful of companies who win permits. However, within a few years of the new regulation, Uber and Lyft arrived in Santa Monica, rendering taxi cabs obsolete almost overnight.

The Taxi Franchise Program – like New York City’s taxi medallion system, and other taxi cap systems — inadvertently made it easier for Lyft and Uber to win market share. These are the same ride sharing companies that are now being blamed for exacerbating congestion. What next wave transportation problem are we inadvertently creating with this scooter cap?

To be clear, I support good regulation. But good regulation is notoriously hard to develop and implement, because it’s much easier to address a symptom of a disease (scooters/distracted pedestrians/taxis/Uber/Lyft/who knows what next) rather than the underlying cause (a lack of transit options and too many single occupancy vehicles).

Rather than capping or attempting to artificially limit the marketplace for scooter and bike sharing companies, I am interested in policies that guide people away from single-occupancy-vehicles while also recognizing that no scooter or transit or bicycle or taxi or rideshare scheme can rival the utility of better urban planning.

Even though I disagree with this version of the Shared Mobility Pilot program, I want to thank you and your team for trying and for listening. This is not an easy process. My feedback is a request to overhaul this pilot program to focus on addressing the problem behind the problem — decades of bad urban planning and underinvestment in public transit. If you are willing to tackle  these two major issues head on, I and so many others in this community are willing to help.

We need to increase density and transit for ourselves, and also for our future.