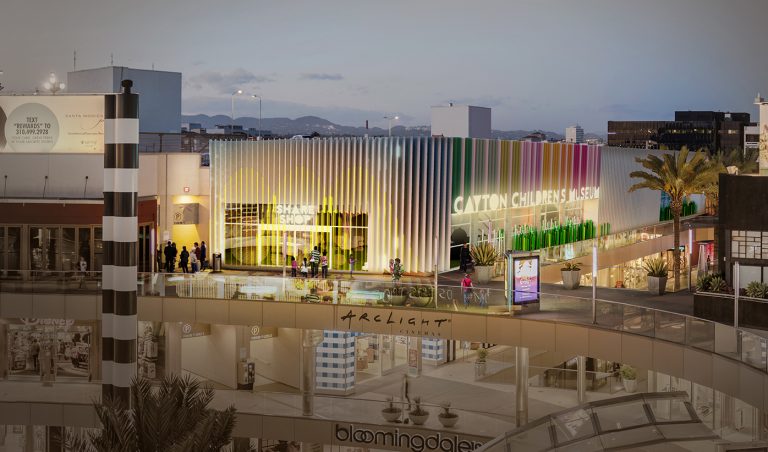 This was originally published to Raising Wilshire.

We’re getting a children’s museum in Santa Monica! The Cayton Children’s Museum (formerly known as the Zimmer Museum Presented by Sharewell) had its last day at its old location in Mid-Wilshire in late February. It is on track to open in its new location on the third floor of Santa Monica Place on June 1.

The Cayton touts its proximity to Expo Rail, but what about those (most) of us who live nowhere near a light rail station? The bus, I’m telling you!

Within one block of the museum, there are twelve bus routes operated by 3 agencies, providing one-bus access to communities as far west as Malibu; north as West Hills in the San Fernando Valley; east as Commerce and East LA, and south as LAX and Inglewood.

Routes 3 and Rapid 3: LAX to Santa Monica via Lincoln Blvd.

Routes 7 and Rapid 7: Koreatown to Santa Monica via Pico Blvd.

This map shows how ridiculously close the museum is to these major bus stops:

The mall is across the street from the end of the Metro Expo Line, which means the Cayton will be accessible to so many more families around Los Angeles

Looking for tips on how to ride transit with kids?

I always refer people to this great blog post by Seattle Bus Chick.

This Way to Advice