This essay was originally published on Raising Wilshire in February 2019.

Public transportation is an integral asset in the Matute Family Car-Lite Tool Kit. We live near several bus routes with frequent service, which also happen to serve major destinations in our area. Put another way, we ride buses a lot, and we can do this because out in our corner of Los Angeles, we’re blessed with good transit geography.

Some good transit ‘destinations’ revolve around basic needs: affordable grocery stores, medical care, a bank, and a post office. In our situation, there’s a Trader Joe’s along the bus route between my husband’s job and our house. The route has very frequent service, so it’s actually not a big deal for him to pop in to grab some items on his way home.

In our world, good transit geography also includes living very close to bus stops. As noted by Child in the City, a European nonprofit which promotes and advocates for the rights and needs of children living in urban environments, transit service can be a make-or-break based on the location of the closest stop. They correctly point out: When you are pushing a stroller and carrying 3 bags, the extra block or crossing seems ten times further.

Another example of “good transit geography” is access to jobs. Ideally,  these would include jobs that you are personally qualified for and willing to take. Because you guys, the spatial mismatch between jobs and housing in major regions like LA is real. The barriers to closing the gap are innumerable.

“As a result, people often have to sacrifice one of three elements to make their lives work – a home that is within their means, access to quality public transit or access to good schools. This calculation creates a push-pull on placemaking in American cities where we still do not sufficiently design or plan the city with the quality of life services, necessities, or amenities necessary for families to stay and thrive.”

Santa Monica is wonderful and special in many ways. By living here, we zone to exceptional public schools. Wilshire will be able to take the bus to Santa Monica High School, a nationally ranked public high school served by 8 Big Blue Bus routes and the terminus for the Metro Expo line.

But a few words about how quickly things can turn on a dime, even for families the most determined to stay car-lite, and have made choices we hope would support that decision. 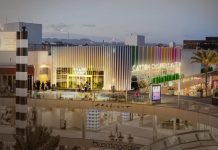 How to take transit to the Cayton Children’s Museum 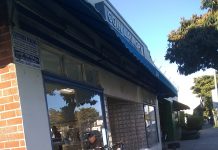 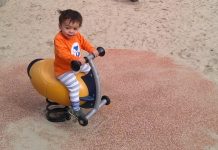