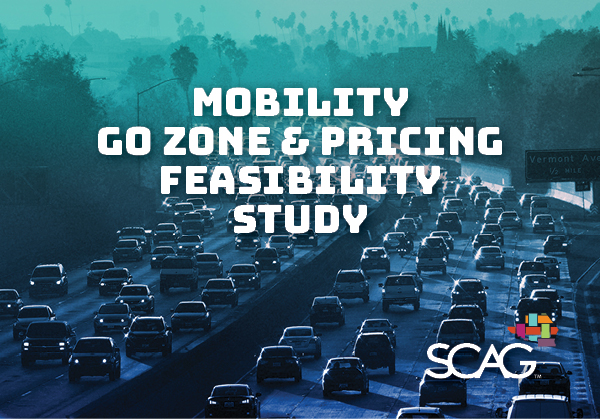 The big headline from yesterday’s news roundup was a new study released by the Southern California Association of Governments that found a congestion pricing charge of $4 at peak hours could reduce car traffic congestion by 20 percent during rush hours. The charge would be coupled with improvements to transit serving the area. In addition to reduced car congestion, the study forecasts big benefits for walking, bicycling, transit ridership, carpooling – and therefore big improvements in air quality, public health, and reducing greenhouse gas emissions.

The report, which has the support of transportation experts at UCLA, environmental analysts at the NRDC, and at least one Westside politician, Assemblymember Richard Bloom, analyzes the benefits of creating of “Go Zones” where congestion pricing would decrease car congestion during the busiest hours.

“Communities around the state are calling for creative ways to address congestion and improve mobility. It’s time for the state to heed that call,” said Bloom, who represents Santa Monica, Malibu, Beverly Hills, and other Westside cities.

“We have seen congestion pricing work around the world and this report shows us that it can work in California’s beleaguered cities, as well. I hope to facilitate ‘Go Zones’ with legislation allowing for a small number of locally determined pilot projects that provide measurable community benefits.”

The boundaries for the SCAG cordon area includes the communities of Mar Vista, Brentwood, and a chunk of Santa Monica between the I-10 and Santa Monica Boulevard from the eastern border to 20th Street.

Conventional thinking might have placed the cordon around downtown L.A., as central cities are most typical for cordon pricing programs around the world, including Stockholm and London. SCAG researchers found that the transportation corridors on the Westside experience more traffic congestion than does central L.A., hence Westside road pricing would result in greater reductions to car congestion.

Among the proposal’s early detractors is Los Angeles City Councilmember Mike Bonin, who has been a stalwart promoter of a transportation system with robust options outside of the car, even when it angers his constituents. On his personal Twitter, Bonin lashed out at the report this morning.

Between 7:15 a.m. and 7:30 a.m. this morning, Bonin tweeted six times a series of attacks on the study (not the concept of congestion pricing). Bonin’s objections range from equity concerns to a lack of transit options on the Westside to complaints that other areas of the city make more sense for this pilot.  He concludes by attacking SCAG for ignoring comments sent to them years ago that went into more depth on these points and for setting back the cause of bringing congestion pricing to Los Angeles for years.

Of course, a proposal from SCAG does not have the weight of law behind it. And the devil – especially with regards to equity – is in the details. Any congestion pricing project must be structured in a way that serves the mobility needs of low-income Angelenos.

If a final Westside congestion pricing project doesn’t take a shape that Bonin could support, it would be politically dead. To be fair, his point has merit that pricing may initially work best in places – like downtown Los Angeles or, soon, LAX – where robust transit options exist.

Typically, around the world, congestion pricing programs have polled poorly in advance, but then enjoy majority support soon after implementation. Also typically those programs are accompanied by robust improvements in transit access to the areas affected by the charges.

So far, discussion on radio and social media about the Westside Go Zone proposal has focused on the costs: whether or not people would pay the $4 fee. What also need to be part of the discussion are the potential benefits: cleaner air, improved health, increased funding for transit, sidewalks, bicycle infrastructure and, of course, decreased car traffic congestion.

The feasibility study demonstrates that a Go Zone would reduce vehicle miles traveled (VMT) by 21 percent and vehicle hours traveled (VHT) by 24 percent during peak travel times. A more even distribution of trips throughout the day would reduce overall VMT by eight percent and VHT by ten percent for the average motorist.

As for the question of whether or not people would pay the $4 charge to drive into this area at rush hour, the overwhelming consensus is that they would not. But that many people wouldn’t pay the fee is kind of the point of the fee in the first place–it would keep people in cars from driving into the area.

Metro will getting its own congestion pricing studies underway soon. These are not directly related to the Westside area proposal in the SCAG study, but SCAG’s findings could inform Metro’s efforts.