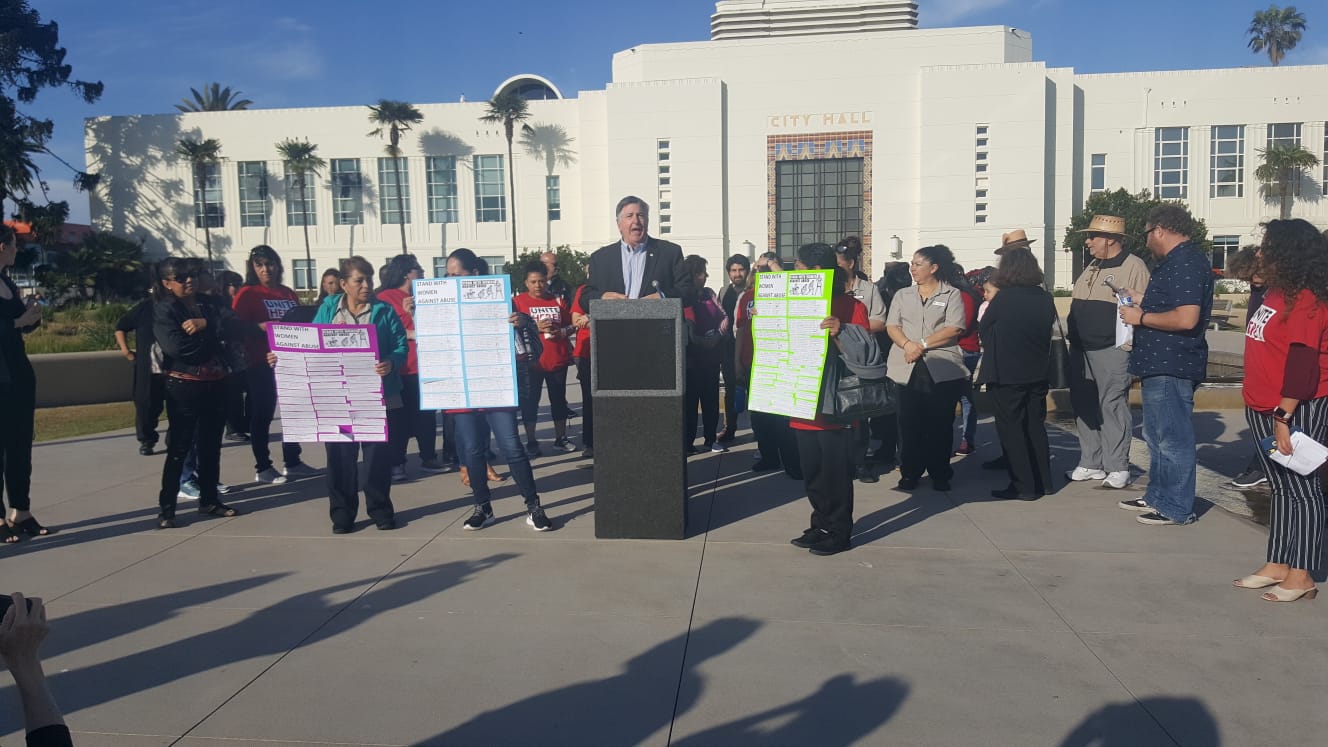 Tourism in Santa Monica is booming – and once again hotel workers are fighting for decent wages and working conditions at hotels like Loew’s, Viceroy, Delfina and Le Merigot.

Over the next month, our city council members will be reviewing a city-wide policy developed together with Santa Monica hotel housekeepers that provides healthy working conditions for  workers in our local hospitality industry.  It includes panic buttons to prevent sexual assault, fair compensation for  burdensome workloads, worker retention guidelines, and hospitality skills training programs.

What many may not be aware of are the deliberations and the intentionality behind the city’s cultivation of our tourism industry to support our city’s development and social services. I know because I was part of that push when I worked in the City Manager’s office in the 1980s.

People come to our city to enjoy the natural beauty and weather, but also because for years city policy has encouraged and supported the development of a vibrant environment for visitors.  Community and city leaders had decided to encourage and support visitor serving development while discouraging the construction of large office buildings that bring increased traffic congestion with few benefits to the surrounding community.

Little did we know then that while the hotels that were built as a result of our policy enjoyed some of the highest occupancy levels in all of Los Angeles County, the initial wages and benefits for the people working in them were among the lowest. It was at this time that the Santa Monica community got to know many of the people who make our tourism industry so successful – the cooks, housekeepers, bellmen, servers and front desk staff who welcome and serve our city’s visitors.

We got to know their families and their co-workers and learned about the hard work involved in providing hospitality to the thousands of people who come to Santa Monica each year.  There has been a strong connection ever since between community and faith leaders and the workers fulfilling the promise of tourism development.  That promise is one of mutual benefit – to the tourism businesses, the city, and the employees who make it a success.

Santa Monica residents have benefited from the millions of dollars in bed tax and sales tax from tourism that has funded some of the finest community services in the Country.  The hotel companies have earned healthy profits and  benefited from city promotional and policy support of their industry.

But the workers have had to fight, alongside community allies, for every improvement they have enjoyed – from minimum wage Increases, pension contributions, to sick leave and a voice on the job.

Once again, as tourism booms in our city, hotel workers are coming forward with proposals for sexual assault protections, fair compensation, training, and a dignified work environment.  And once again, those of us who live in Santa Monica and benefit from the tax income from hotels will stand with workers in ensure that the decision to grow the tourism industry in Santa Monica is a winning strategy for everyone.

To learn more and join in this effort please visit facebook.com/SantaMonicaSWAA/.